Throughout history, Black people have consistently challenged racial inequality and injustices via fashion and music. During the Black Power era, Angela Davis’s hairstyle, the afro, made as loud and strong a political statement as her speeches, scholarship, and activism. Even Beyoncé, who in the early part of her career was mostly viewed as an apolitical popstar, has in her own way long espoused Black feminism. In the wake of the Black Lives Matter movement, Beyoncé’s activism and efforts to uplift the race have become more explicit—not only through her lyrics, but also through her visual albums, performances (Super Bowl, Beychella), and philanthropy.

The students’ papers this week focus on how clothing and hairstyles were a medium for Black activism during the civil rights movement, and how musical artists today are challenging stereotypes not only about Blackness but also about gender and sexuality. They lead us to grapple with a couple of important questions: How has white society politicized Black people’s hair, and in turn how have Black people utilized hair styles to make a political statement? In what ways do contemporary Black hip-hop and R&B artists complicate the political legacy of N.W.A. and other rap musicians of earlier eras, whose explicit lyrics challenged structural racism and white supremacy but also embraced misogyny and homophobia? 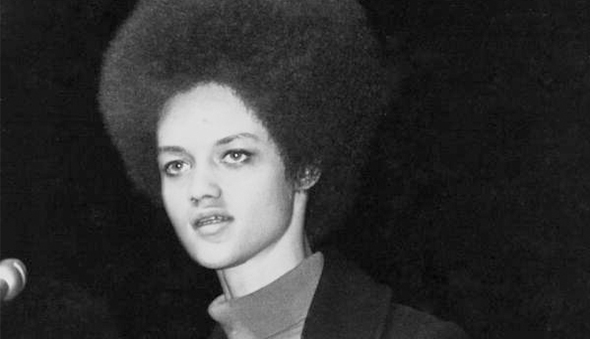 In understanding fashion as means of communication and articles of clothing encrypted with powerful messages shaped by social and historical value systems, scholars define fashion activism as the visual representation of social political beliefs and ideology to achieve change. During the civil rights movement and Black is beautiful movement, African American activists utilized clothing and hairstyles as means of resistance and to show affiliation to their respective political organizations. This study asks: What role did clothing and hairstyles worn by Black women activists play in the advancement of the civil rights movement and the Black is beautiful movement? And how did these stylistic decisions challenge the dominant views of African American femininity and beauty at the time? I analyze the speeches and fashion of Kathleen Cleaver from the Black Panther Party and Ella Baker from the Student Nonviolent Coordinating Committee (SNCC) to address these questions. Continue reading “Fashion Activism” by Taylor Haynes. 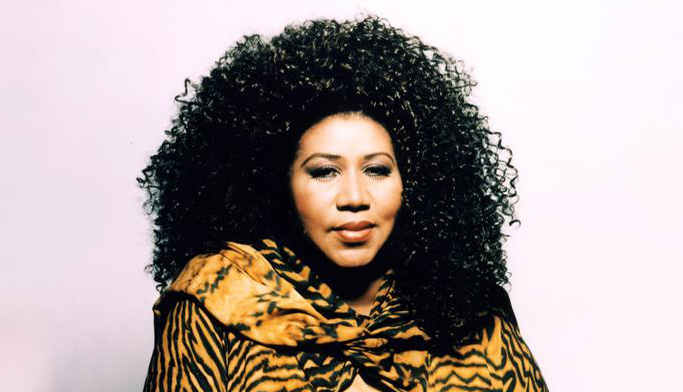 Black female artists in the entertainment industry face special obstacles, such as the politicization of their bodies (from hair to fashion) and marketing ploys that play into race and gender stereotypes. However, Black women artists find different ways to negotiate their power as creative entrepreneurs. My research explores how Black female artists are impacted by the politics of respectability and how they negotiate their position as Black women in an industry dominated by white men. Scholars have studied Aretha Franklin, how she exploded as a Soul singer in the early 1960s, and her immense vocal talent, but often neglect to explore and analyze the obstacles she encounters as a Black female artist. I examine Franklin’s hair transformation, the presentation of the physical self and artistry alongside the sociopolitical movements that concerned the Black community and Black women at the time. I find that while there may be times where it seems that Franklin appeased marketing ploys and respectability politics, she negotiated this by employing Black feminism and her artistry (physical presentation and lyrics) to push against such notions.  Continue reading “Aretha Franklin’s R-E-S-P-E-C-T-ability Politics: Hair, Music, and Activism” by Kayla Perez. 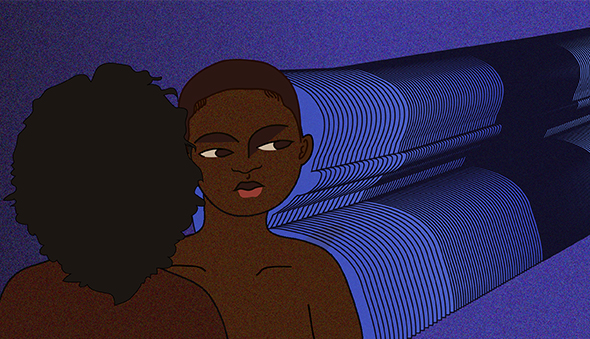 Binary gendered expectations and pressures of racism, misogyny, and homophobia work in tandem and contribute to the erasure of queer Black female representation. This study asks: How do leading Black women musical artists express their gender identity and sexuality in ways that subvert mainstream ideas of typical womanhood? How are queer Black women challenging expectations of traditional femininity for Black women? To explore these questions, I examine musical artists Janelle Monáe’s and Syd’s song lyrics and music videos and analyze how they communicate their queerness through their physical presentation and their artistic expressions. I  find that they reimagine femininity and womanhood by: 1. denying stereotypes of Black femininity and of normative expectations of queerness; and  2. expressing their sexual freedom. Finally, I address the social and historical impact these expressions have as they enter mainstream media. Continue reading “Redefining ‘Femininty’” by Nina Ahmadi. 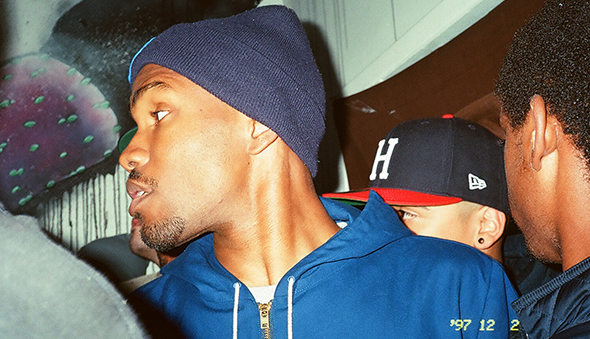 Though there already exists a vast amount of literature that concerns itself with conceptualizations of Black masculinity in relation to hip-hop, due to the genre’s problematic history with homophobia, misogyny, and performative bravado, sexuality is often absent from the conversation. By the same token, up until around a decade ago, the representation of non-heteronormative artists in the commercial hip-hop landscape was also severely underrepresented. This paper deals with identity and representation within hip-hop, primarily focusing on the advent of successful non-heteronormative artists. In doing so, I seek to answer the question: How do hip-hop artists who break the heteronormative mold augment contemporary conceptualizations of Black masculinity? Using Frank Ocean and Tyler the Creator as case studies, examining the content of their lyrics and marketable commercial images, I find that the acceptance and support of these artists (in the past decade), who defy not only contemporary conceptualizations of Black masculinity, but also antiquated ideals surrounding the stereotypical archetypes of queer men of color, proves without question that hip-hop is capable, both culturally and artistically, of promoting progressive social change and embracing inclusive representation. Continue reading “Flower Boy: Breaking the Heteronormative Hip-Hop Mold” by Sean Salmons.

“Black Aesthetics and Activism” is the third installment of A Seat at Our Table, a special feature of student research appearing on Confluence in February 2021.