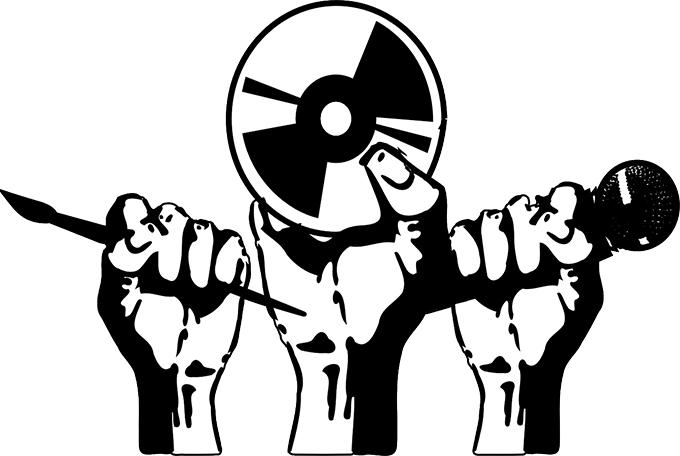 In this project, I wanted to explore the use of music for advocacy, specifically examining how music fits into the digital age and what features make music successful in catalyzing social change. Through the course of my research, I narrowed my focus geographically to music in the United States, while expanding my temporal focus to ask what the history of advocacy music is and how it has evolved.

I found that the evolution of advocacy music can be considered through four time periods, each marked by the technology of the era.  The first period begins in the American Revolution and is defined by how music is only transmitted through word of mouth or by print. In this context, it is not only beneficial, but almost necessary for advocacy music to borrow melodies from other songs and have simpler lyrics. The next period begins in the 1920s with the rise of radio, which opened the door for more original melodies and lyrics. However, there is still an abundance of simple lyrics. This relates to how radio produced the concept of “popular music,” and that the “words of popular songs are not particularly important.”1 I next identified the 1970s as starting another period of advocacy music, marked by the rising popularity of pairing music with video.2 This period shows a magnification of popular music, where fame becomes a great accessory to advocacy music. Examples of this include Live Aid (1985) and “We Are the World” (1985),  which found much success thanks to the celebrity musicians who took part in both projects. Video also gave way to supplementing the advocacy songs with a visual component, such as the music video for Soul Asylum’s “Runaway Train” (1992), which showed images of missing children. Finally, the 2000s marked the beginning of the current period, which is more fragmented because of the lack of stronger, unified movements to support.3 This period also relies on virality and the fame of the artist for the advocacy song to take off.

The current time period is key to answering how music fits into the digital age. As sociologists Paul Lazarsfeld and Robert Merton identified, something like a radio broadcast alone would not be sufficient for something like propaganda.4 In the same vein, a song struggles to be particularly effective for advocacy in the digital age unless bolstered by an already famous artist. Vox writer Bridgett Henwood found that advocacy songs made post-9/11 didn’t have strong and unified movements to back up.5 This would also suggest that music’s place in the digital age is not to make the social movement, but to supplement it. At this point, Marshall McLuhan’s famous claim that the medium is the message shines through; advocacy music as a medium is more important to the United States as part of a protest song tradition, but as Lazarsfeld and Merton claimed, the lyrics—a major component of the content—are not as important.

As for what features make songs successful, not much has changed since the American Revolution. Though it was especially important in the eighteenth and nineteenth centuries, simple lyrics still work best, a product of the mass transmission of music birthing the concept of pop songs frequently criticized for having little depth or substance. Of course, it is still not a concrete rule. Billie Holiday’s “Strange Fruit” found success in a similar way to the “Get the Idea” strategy in Visualizing Information for Advocacy: “When it works, this approach can capture attention, because it challenges the values of the audience, breaks taboos and invites quick and immediate emotional reactions.”6 The song’s dark melody and lyrics shocked audiences in a way that broke taboos and provoked immediate and strong emotional responses.7.

To discuss the answers to my research questions about how music has been and is used for advocacy, I’ve created a video and a digital timeline using TimelineJS. I thought a video would be a perfect medium to present my findings, since it allows for the audience to actually hear the music being discussed, and it incorporates both audio and visuals, paralleling my findings about how music fits into a digital and visual world. Since my goal was to create a video similar to many educational videos on YouTube, the video would have to be relatively short and sacrifice some depth. The timeline could supplement this depth while also presenting a format that worked hand-in-hand to answer questions about history and change over time.

To conduct my research, I had to track the history of advocacy music, analyze select songs as case studies, and further inform my analyses through scholarly readings. In particular, this project was first inspired by Marhsall McLuhan’s The Medium is the Massage, as well as the Tactical Technology Collective’s Visualizing Information for Advocacy. McLuhan inspired me to ask how music fit into the digital world, understanding that our society focuses greatly on visuals. He would later also inform on how music fits into the digital age, following the notion that the medium is the message.  Ultimately, his claim is as applicable to the auditory as it is to the visual. Reading Visualizing Information for Advocacy gave me the idea to apply The Tactical Technology Collective’s findings about what makes effective advocacy images to a non-visual medium. Visualizing Information Advocacy, paired with the work of music writer Dorian Lynskey, also helped in analyzing Billie Holiday’s “Strange Fruit.” Scholars whose work helped to answer how music fit into the digital age included Paul Lazarsfeld, Robert Merton, David Reisman, and Jacques Barzun, whose ideas  R. Serge Denisoff synthesizes. Though these scholars predate the digital age, Denisoff aptly applied their theories to evolving technology. Bridget Henwood also wrote a particularly helpful article that contributed greatly to my baseline of a history of advocacy music in the United States.

This project ended up revealing a perfect example of McLuhan’s maxim, the medium is the message. Since the lyrics of advocacy songs, and popular songs in general, do not matter much, it shows that simply the medium of the song produces its own effect in being successful. My findings have also unveiled a rather cynical viewpoint from an artistic perspective regarding advocacy music. Not only are the lyrics artistically unimportant, but I found that the success of advocacy music now is more heavily based in the fame of the artist to begin with, rather than its artistic merit. Nonetheless, advocacy music is part of a strong tradition in the United States, and holds its place in aiding large movements. The major caveat is that while music is the supplement to these movements, music does not create the movements.