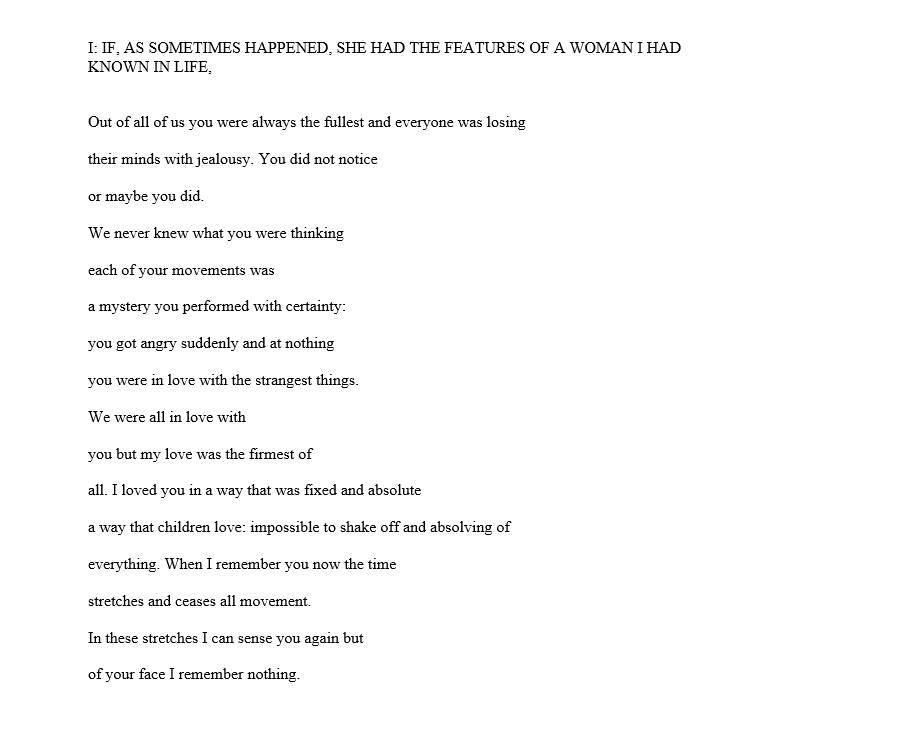 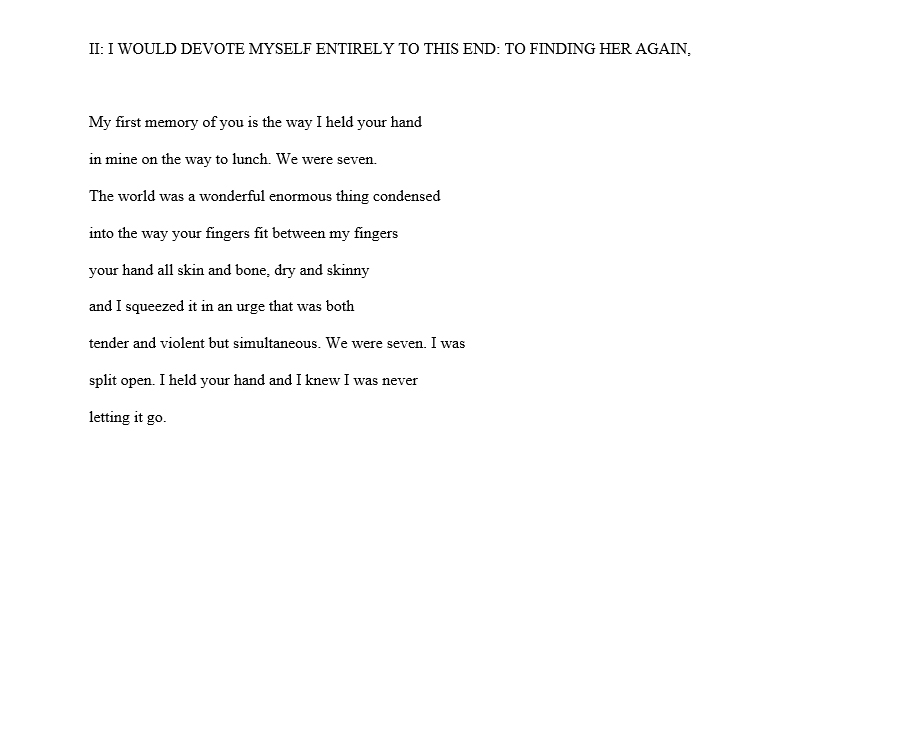 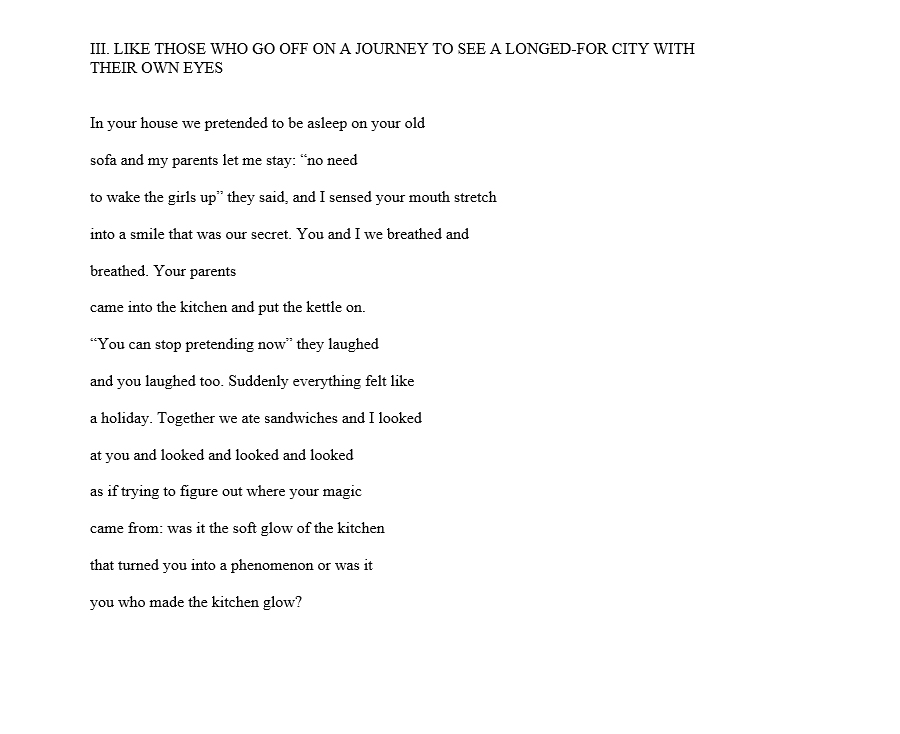 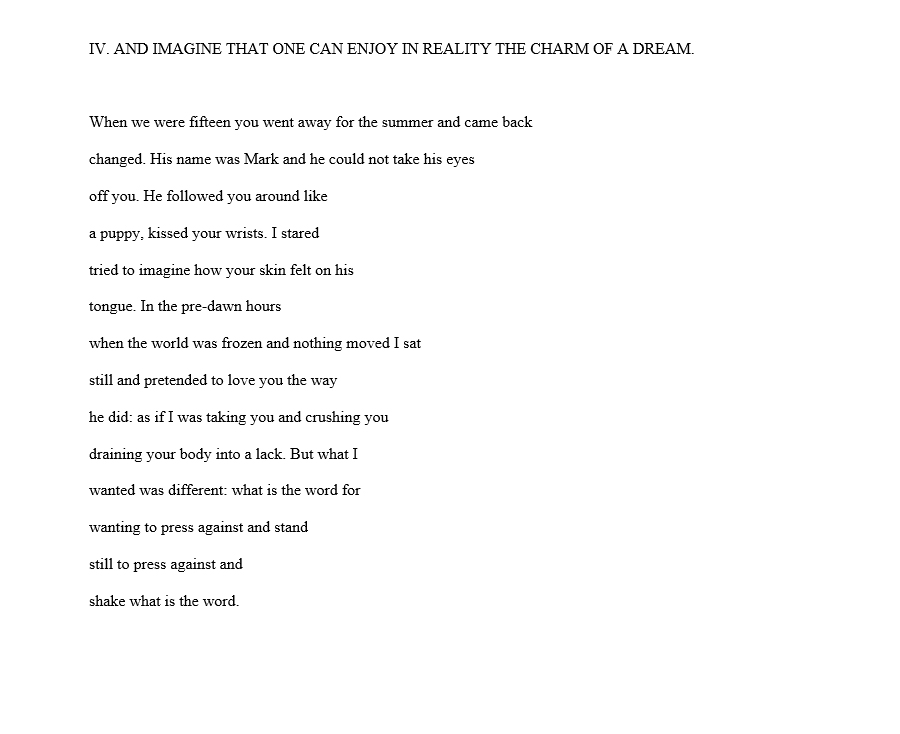 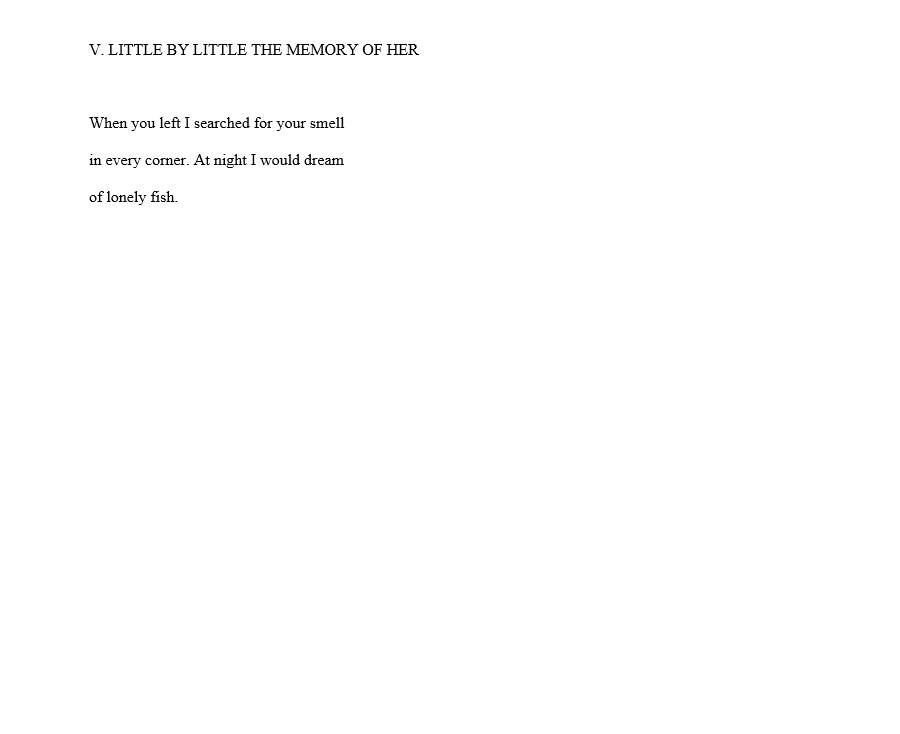 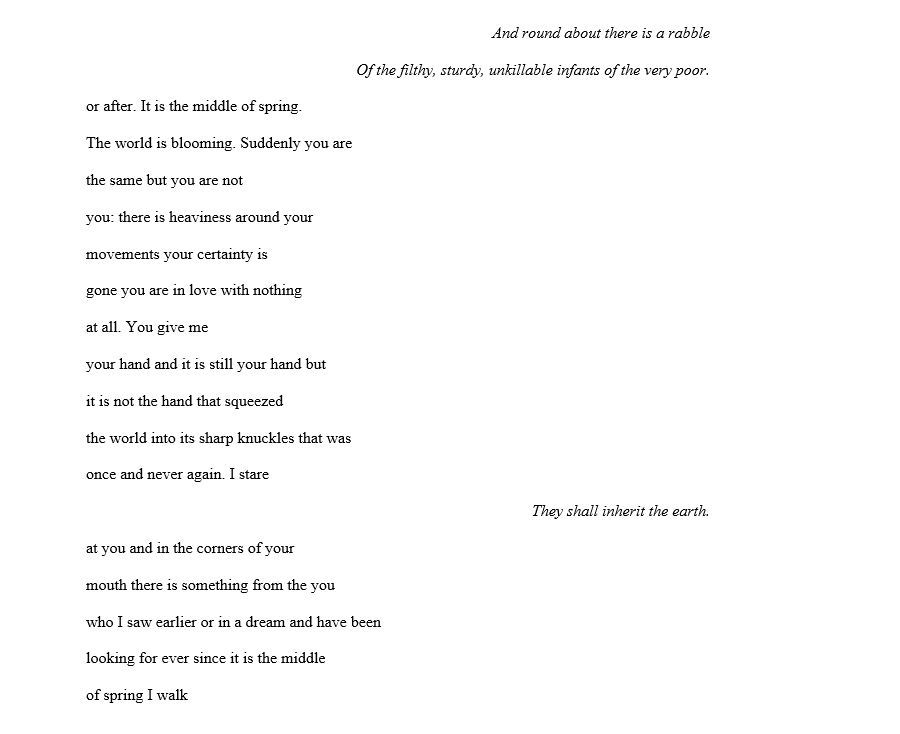 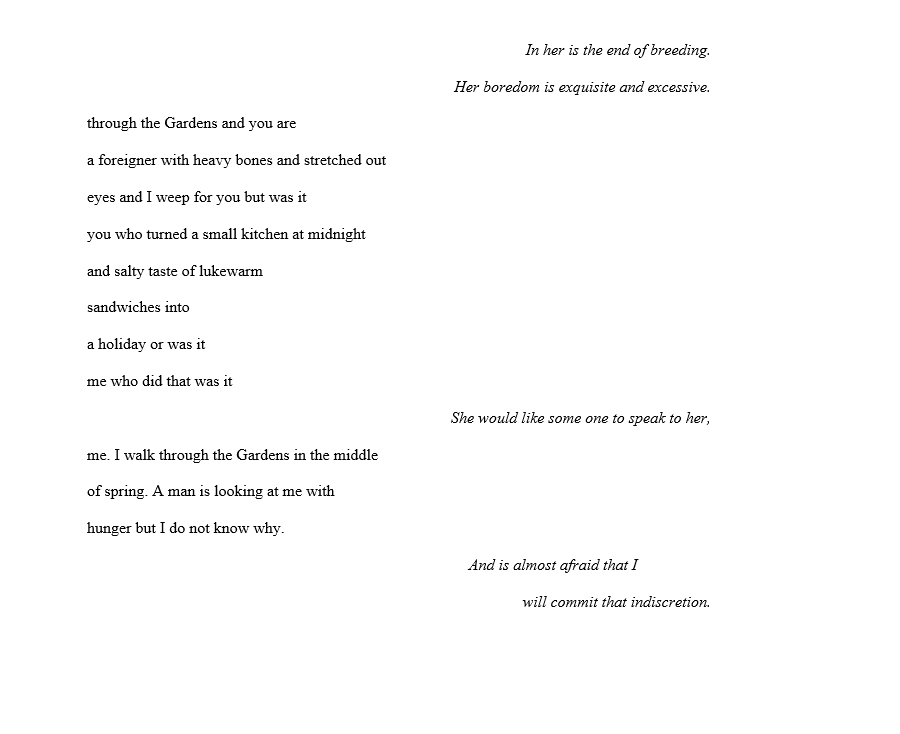 Read a PDF version of the poems.

The woman in Ezra Pound’s poem “The Garden” is both eliminated and twisted. When she appears in the poem in the first line, she already lacks a body:

Like a skein of loose silk blown against a wall
She walks by the railing of a path in Kensington Gardens,
And she is dying piece-meal
of a sort of emotional anemia.1

Pound’s woman is a being without arms, thighs, or a belly: She is only thin fabric, “a skein of loose silk,” that can be “blown against a wall” by the wind, a presence without an actual substance. Moreover, even though she already barely exists, she is also “dying piece-meal / of a sort of emotional anemia”: She moves in a state of slow, yet constant disintegration from within, subsists as something rotting. However, the woman’s lack contrasts with the excess of “a rabble / Of the filthy, sturdy, unkillable infants of the very poor” that surrounds her.2 The “infants” are a human mass that comes out of the female body, its natural expansions. Moreover, while the woman herself lacks bodily presence, the “infants” that surround her have too much of it condensed into their “filt[h]” and “sturd[iness].” Thus, the speaker of the poem linguistically eliminates the woman’s body and dissolves its ghost into a crowd of children, as if spreading it. In a way, it is as if the woman’s body turns into “loose silk” after it has exhausted all of its substance on creating “a rabble / Of . . . infants” that are now marked with its unkillable filth, fueled by it.

Moreover, the speaker of “The Garden” twists the woman’s fertility. There is a disconnect between the poem’s title and the place where it occurs: The woman walks through the Kensington Gardens, yet the poem’s title is “The Garden,” a singular garden that is unreachable and out of place. The title of the poem evokes an allusion to the Garden of Eden, thus framing the poem through a biblical lens. Yet the Kensington Gardens that the speaker is in are anything but Paradise: they are doomed to drown in the “filth” and disorder of the crowd of the “unkillable infants” who “shall inherit the earth,” they are a Garden of Eden turned into ruins.3 In the middle of this garden the woman is a perverted Eve without an Adam. She carries “the end of breeding” in her body; she is fertile, yet her fertility is the end of all, a deadly power that eventually eliminates even itself. A creature of dichotomies, she lacks a body, yet her body is the ultimate tool of destruction. Standing in the Kensington Gardens, Pound’s speaker is looking at an alternative Paradise of an alternative world that he does not want to be a part of.

It is through the eyes of Pound’s speaker that the woman’s substance is eliminated, and her fertility twisted. A woman walks through the Kensington Gardens and a man stares at her. He calls her “a skein of loose silk blown against a wall,” perceives “the end of breeding” in her, and assumes that “She would like some one to speak to her.”4 A woman walks through the Kensington Gardens, a man stares at her, and through that gaze she is defined. Through that gaze, the woman loses her body, turns into a being that is strangely attractive in its repulsiveness, gains a longing desire to be spoken to. Outside of the speaker’s gaze, a woman walks through the Kensington Gardens. Before she becomes an object of his subjectivity, a product of his eyes, she has stories, voices, and desires that are unknown yet undeniable. The woman in “The Garden” is not real: she could be anyone. What the reader knows about her is what the speaker gives, and what the speaker gives is what the speaker creates, and what the speaker creates is not a woman but a vision, not a body but a manifestation of himself through a woman’s body.

In my project I wanted to reverse perspective in Ezra Pound’s “The Garden” and turn the woman into a speaker of her own poem. The woman in Pound’s poem could be any woman: the reader does not know much about her. She is skinny. She is poor. She walks “by the railing of a path in Kensington Gardens.” The rest is subjective male fantasy. She could be a number of things, but this woman is mine: Proustian and haunted by an illusion, with physical senses that frame and overtake. The fact that she resists Pound’s speaker and his definitions of her does not mean that she is “good” or somehow “right”: she is simply a person, with her own demons, her own failures, and her own strengths. She is, of course, a person that I create, and she is only one of the many possibilities that could be. A woman walks through the Kensington Gardens: Who is she?