“Learning is not child’s play; we cannot learn without pain.”
― Aristotle

What would you use to take notes in class?

Could you get that out? A computer is fine… or a notebook? That’s good too.

Something to write with?

OK then, can you see the screen? Just take notes naturally—as you would if you were in class.

This is from the middle of a lecture given in 2012 by my Comparative Literature professor Avital Ronell.
It’s only 15 minutes long, and she’s talking about literature and drugs. All right, let’s start. 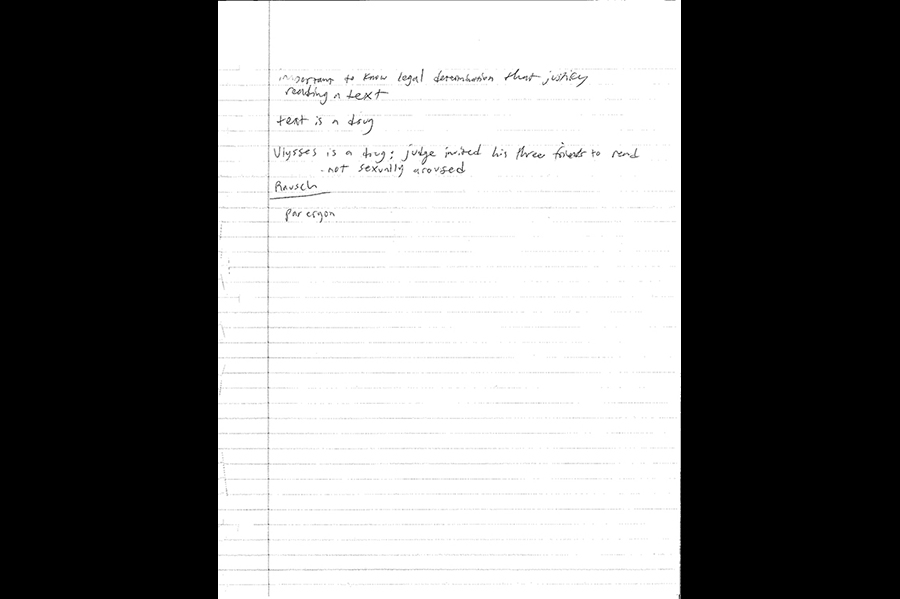 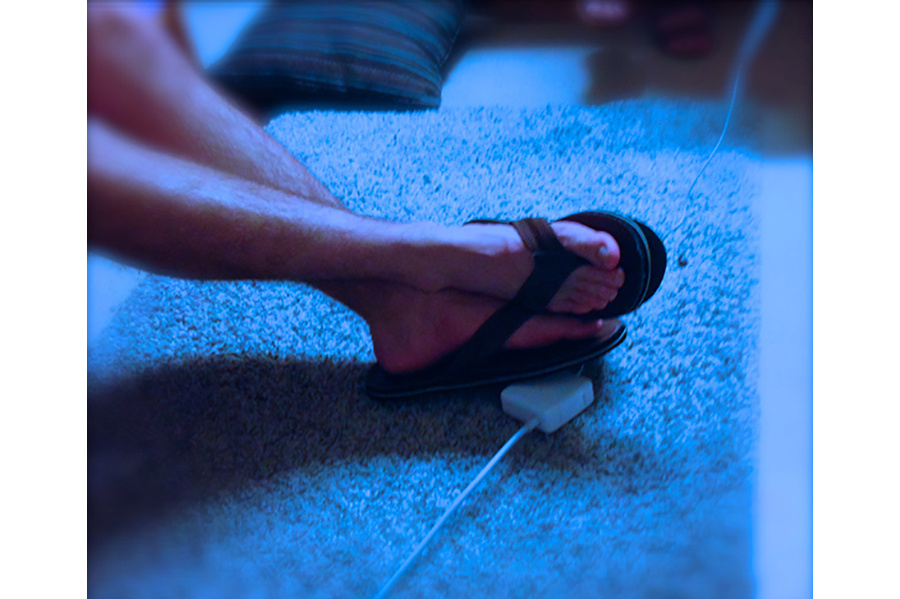 19 year old male from California
First year student in Liberal Studies, planning to transfer to the Stern School of Business
Left after 3 minutes; he said he had to do laundry 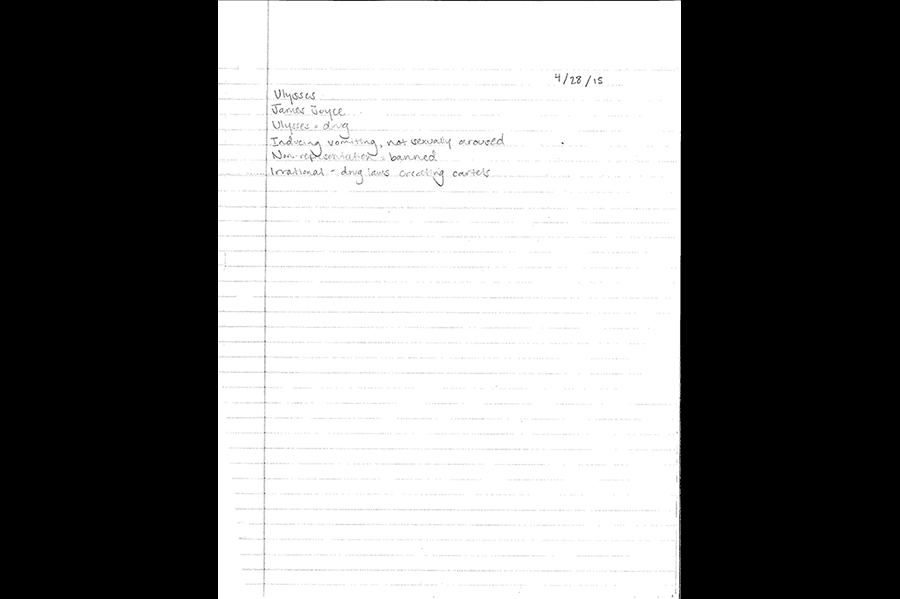 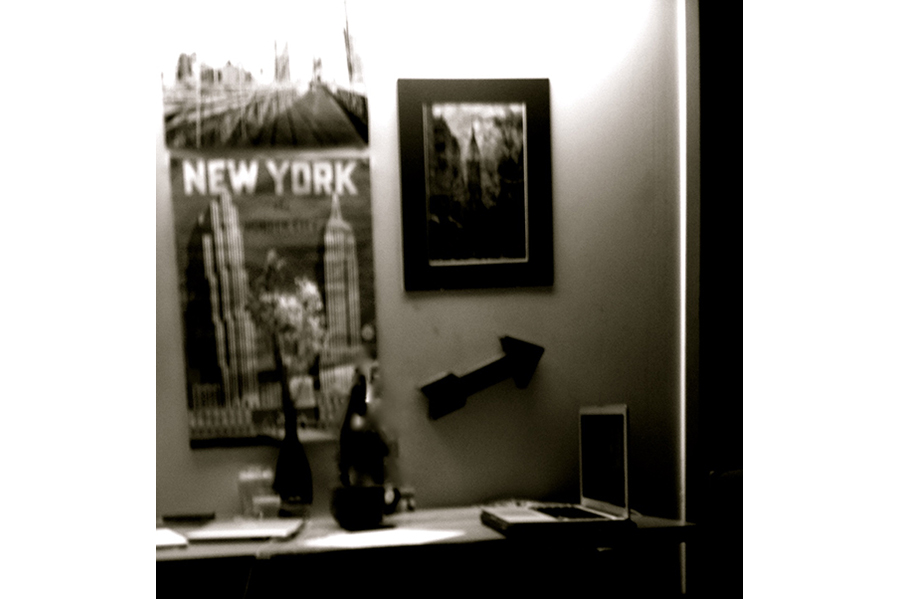 19 year old female from Hawaii
In the Liberal Studies Core Program
"I hate this"
"This is stupid, I can't understand half of what she is saying because it's in a different language"
This participant was on her phone for a majority of the lecture clip 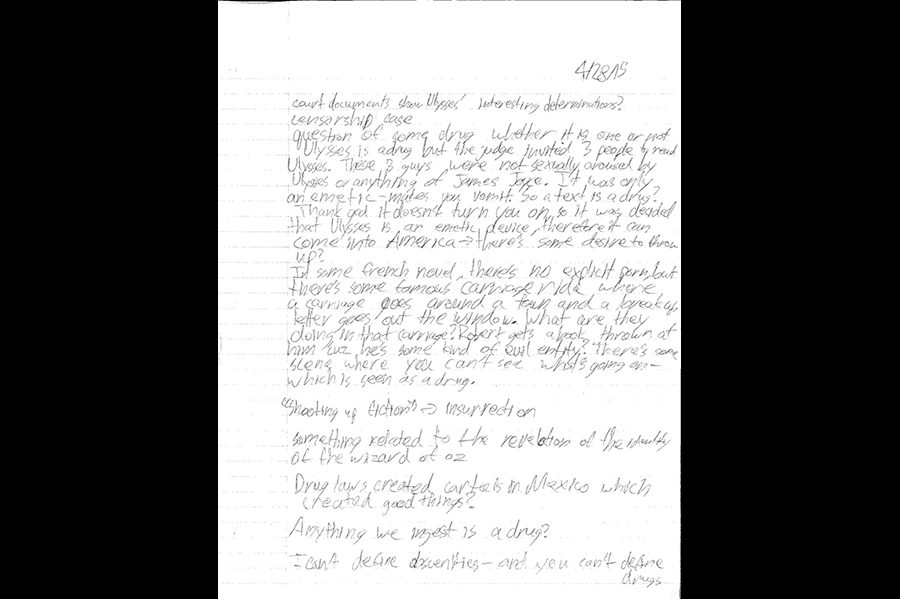 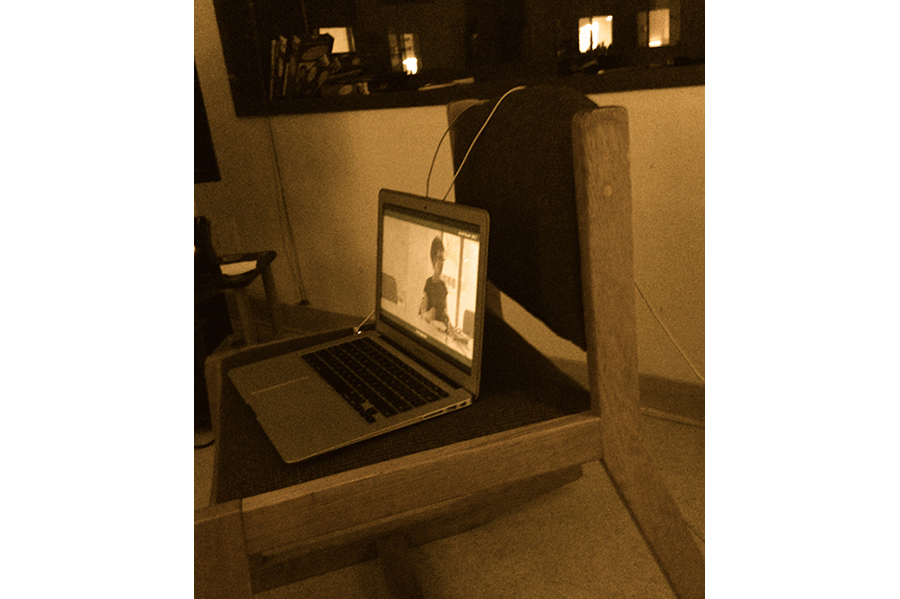 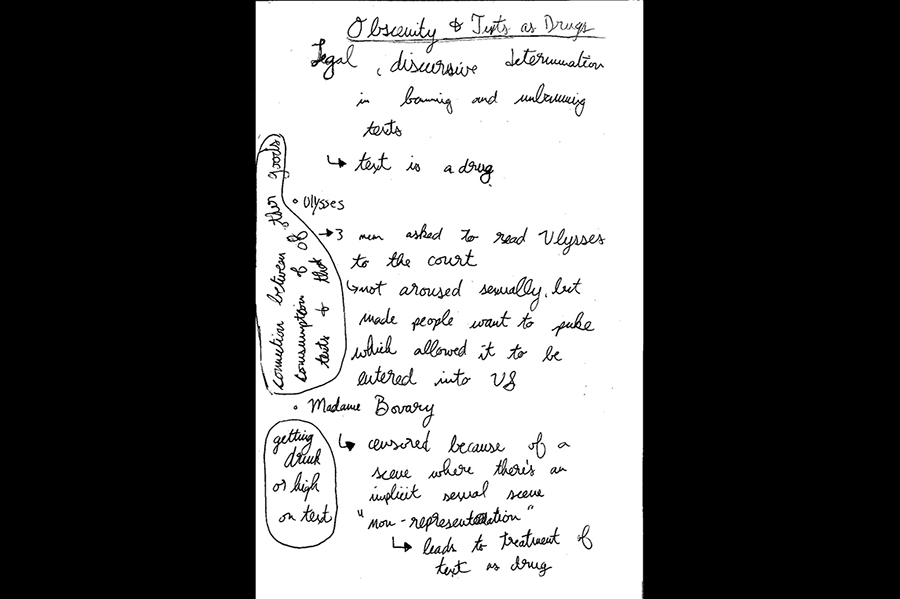 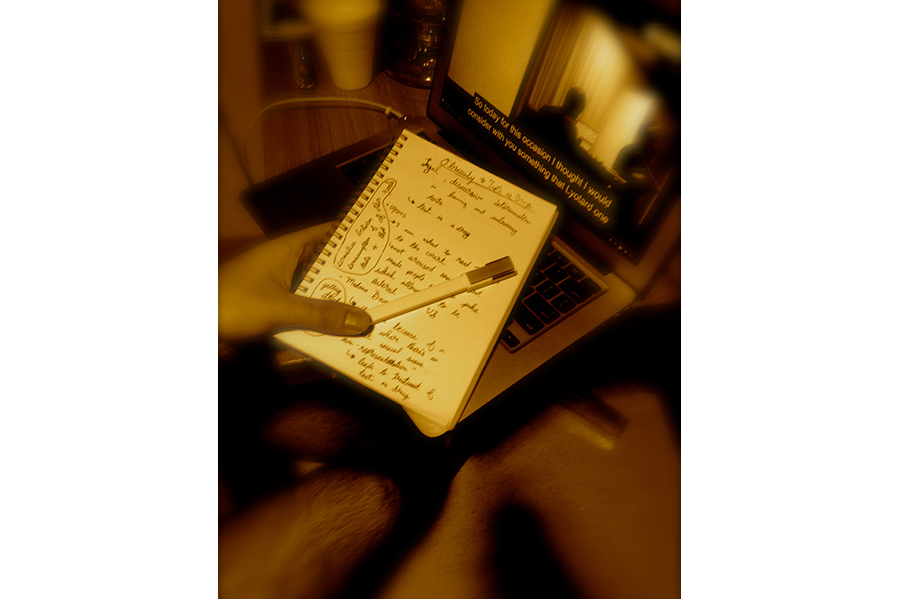 22 year old male from Michigan
In the College of Arts and Science, double majoring in Gender and Sexuality Studies and American Studies within the Social and Cultural Analysis department
"I liked this"
"I think it's about what we consume and what we consider consumption" 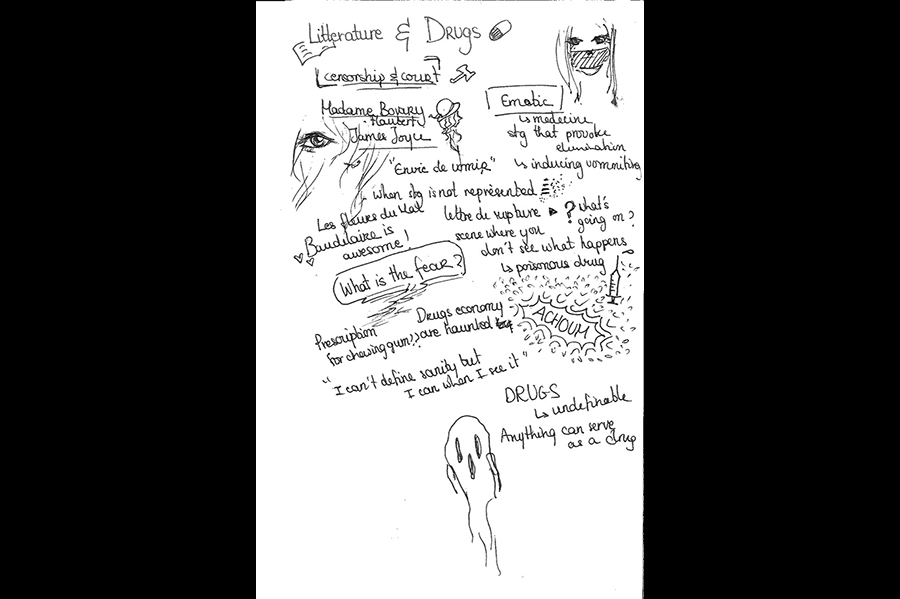 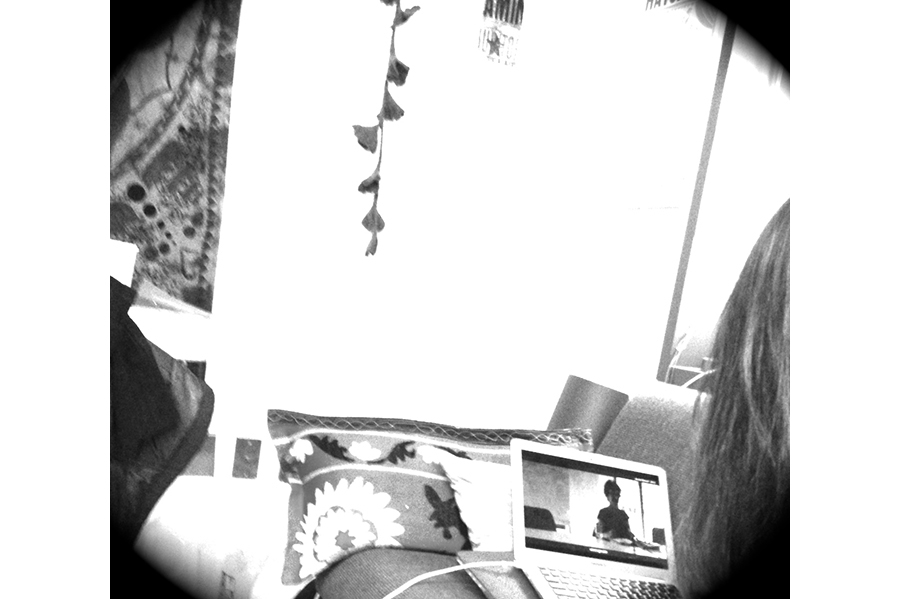 18 year old female from Vietnam
In the Tisch School of the Arts for Film/TV
"He's my favorite poet, and she's shit talking him." 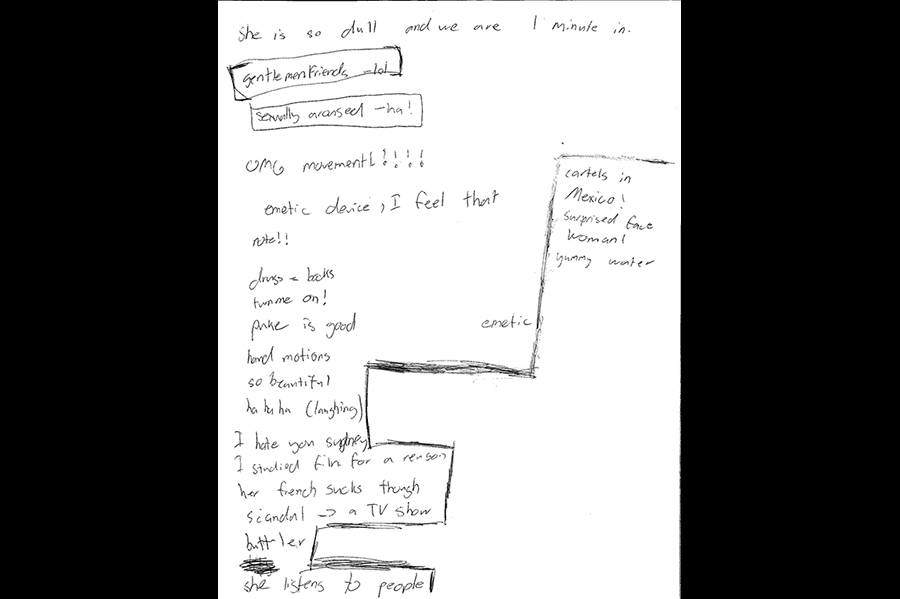 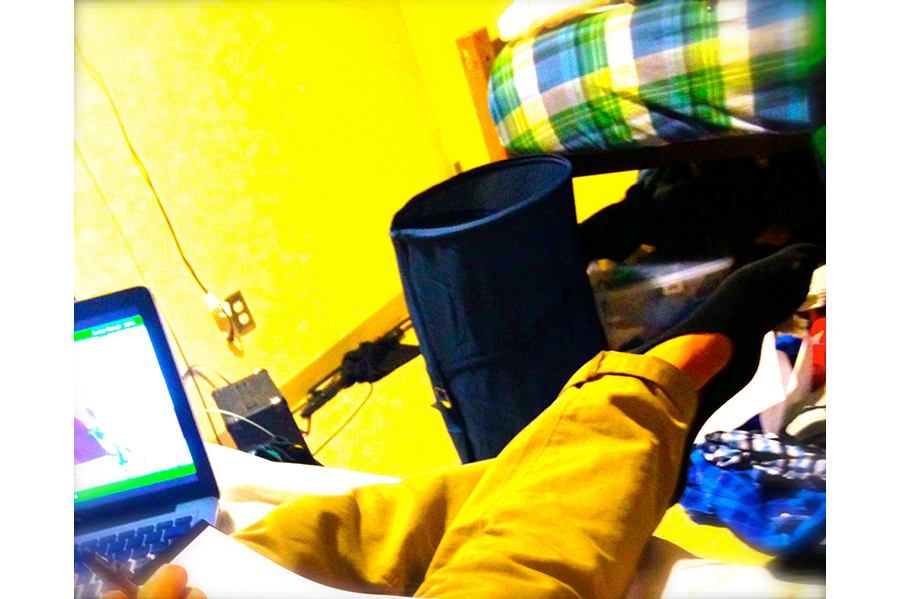 19 year old male from Mexico
In the Tisch School of the Arts for Film/TV
"Honestly, I would never take this class"
"If I were getting tested on this I would be taking better notes" 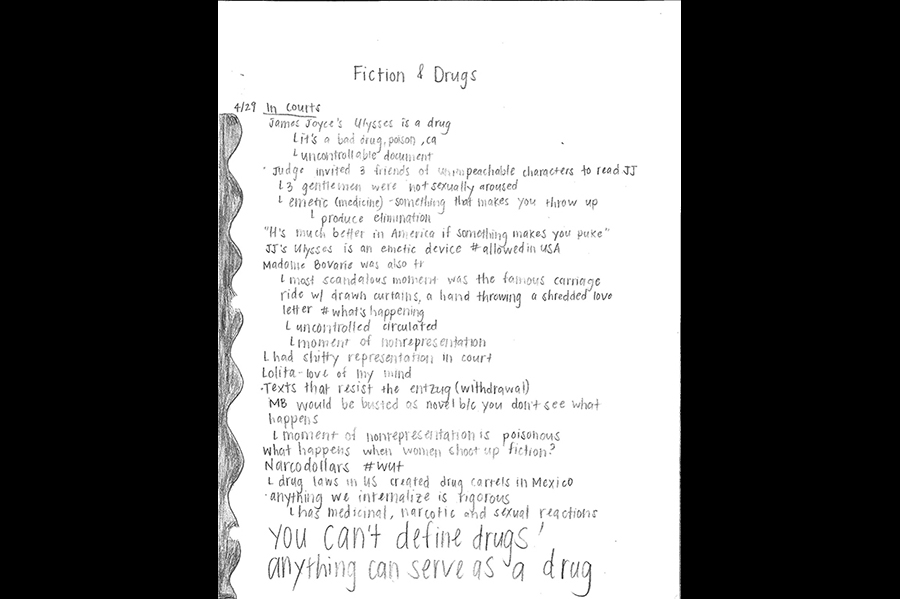 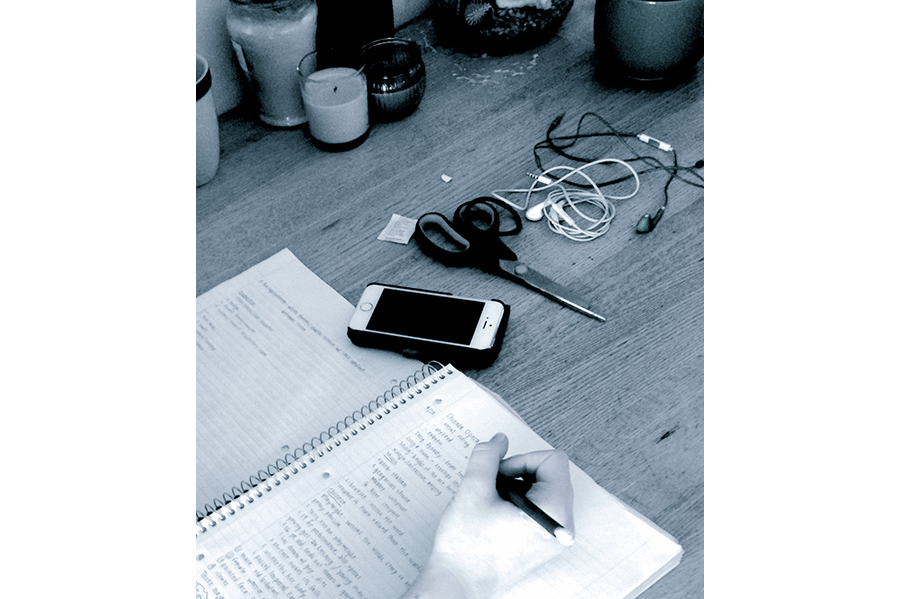 18 year old female from California
In the Liberal Studies Core Program
Participant laughed the whole time
"This is ridiculous. She could have said that in two minutes" 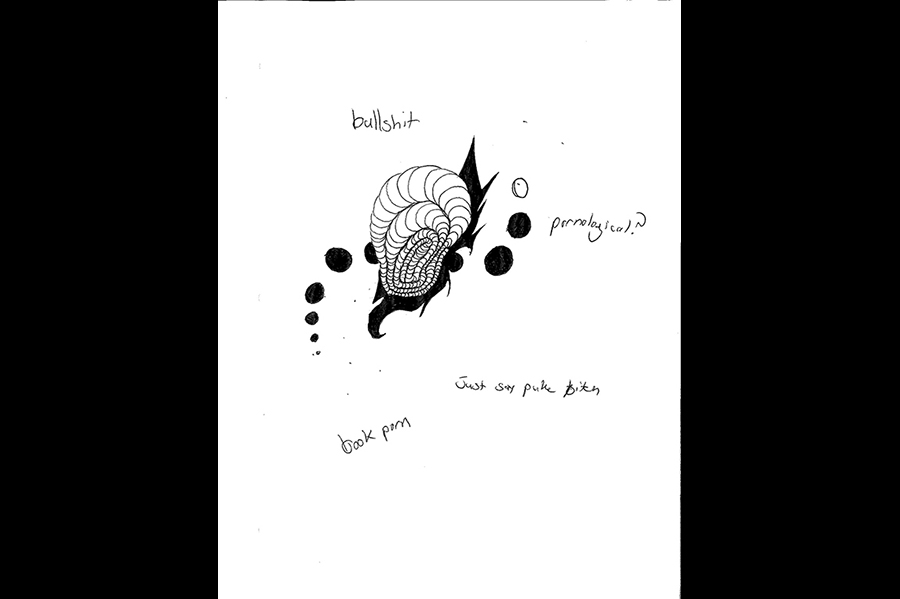 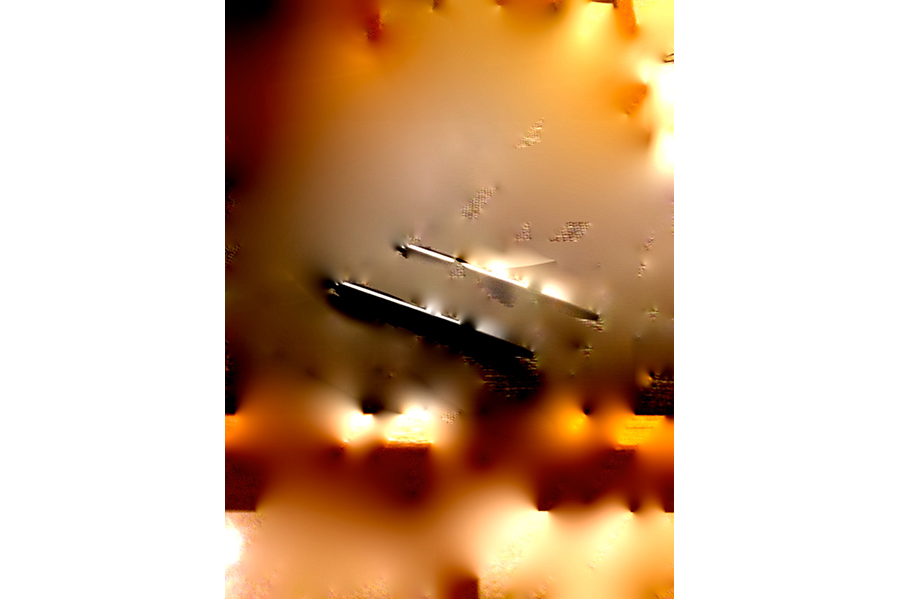 19 year old male from Massachusetts
In the Tisch School of the Arts for Film/TV
"No"
"This is actually how I take notes in class. Can I show you my notebook?"

Using a public internet video, paper, graphite and iPhone photography, the artist (curator?) attempted to examine the ingestion of information and isolate the process of note taking. People are constantly bombarded with stimuli and our brain is able to unconsciously sift out the useless stuff (the feel of our shirt against our skin, the conversation happening three tables over) while letting the necessary information spill through (the feel of the hot burner under our hand, the boss mumbling our name across the room). This project looks to highlight the ways in which people consciously sift through information given to them, in a controlled manner, and look at the factors that affect this sifting process. Each student knew there wasn’t actually going to be a quiz on the lecture, but they all still wrote things down—on paper too. Having to decide which words and phrases are important to write down and which ones you can just ignore can be an incredibly daunting task. As you can see, some phrases appear in all the notes, while others appear only once or not at all. Similarly, major, gender and background seem to affect the notes but in a way that prevents any clear patterns from being drawn. It is true that the sample was small, convenience to say the least, but they still prove a point: you never know who is going to be the best note taker. Questions that arise from the findings of this semi-observational, mostly informal, experiment include “Why did all the students use paper to write?” “Why did certain things stand out to certain participants?” “If some participants had such an aggressive reaction to this clip of a lecture, would it be completely insane and sadistic to recommend a Comp Lit class to them?” “Would any of them be able to survive the three hour lecture?”

“Duly Noted” was created in the Spring 2015 tutorial “Writing for Confluence.”