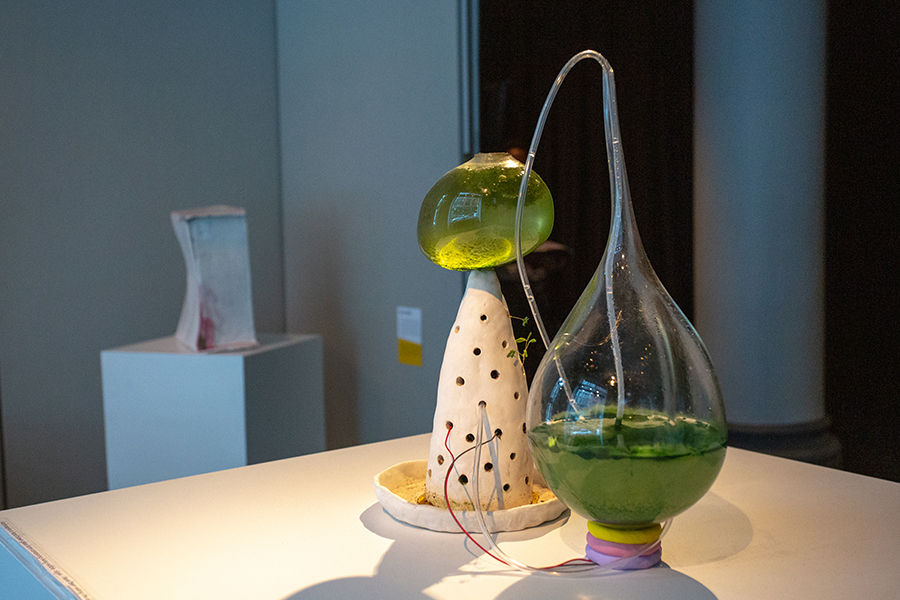 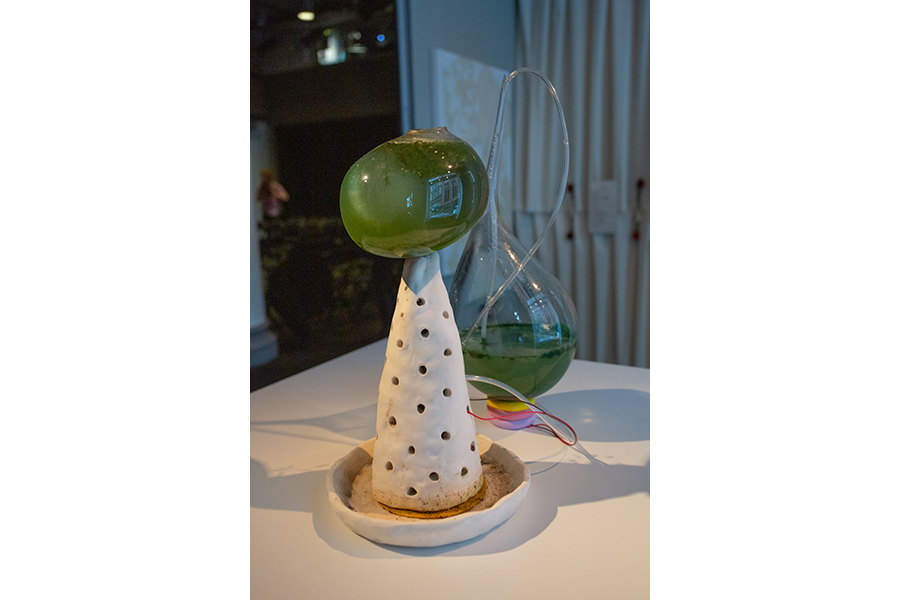 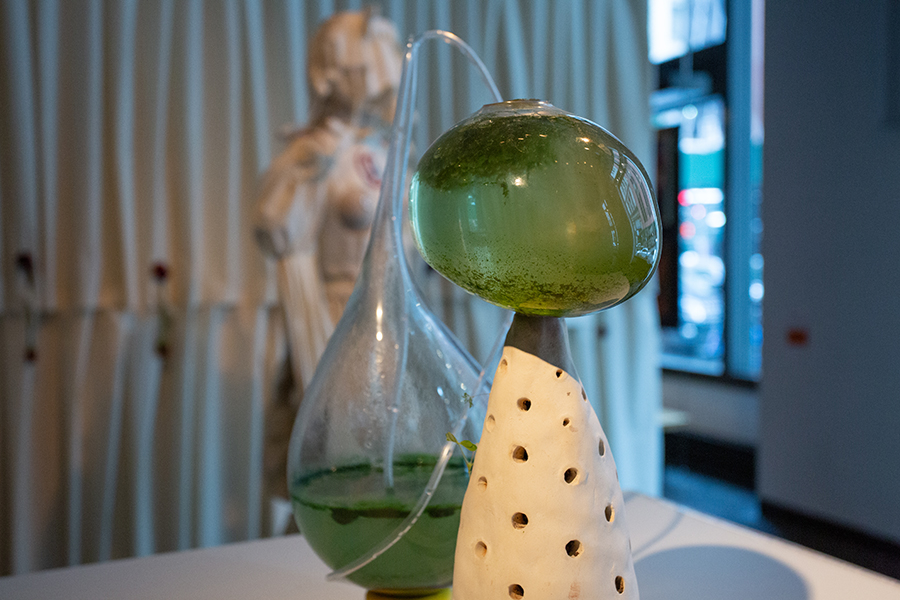 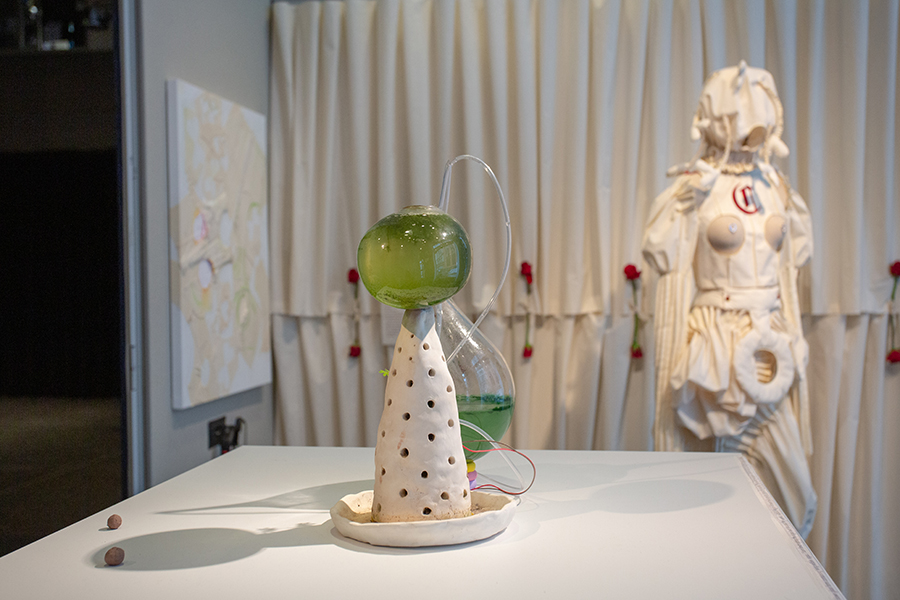 Polyzome is a sculptural work that explores the interweaving of microbial and macroscopic worldings. The piece consists of a hand-blown glass ellipsoid containing a microbial polyculture native gathered from the New York City microbiome resting atop a white perforated clay tower, housing grasses. “Polyzome” explores the relationship between temporal and spatial boundaries in context of the journey of artistic mediums and organisms, removed from stasis and imprinted with human intentionality; it hopes to integrate nonhuman microorganisms into this process of imprinting, through the culturing of algae and bacteria, who respond both genetically and morphologically to their anthropogenic chambers, as a counternarrative to reductionism and the capitalist fragmentation of ego-based individualism."—Mamoun Nukumanu