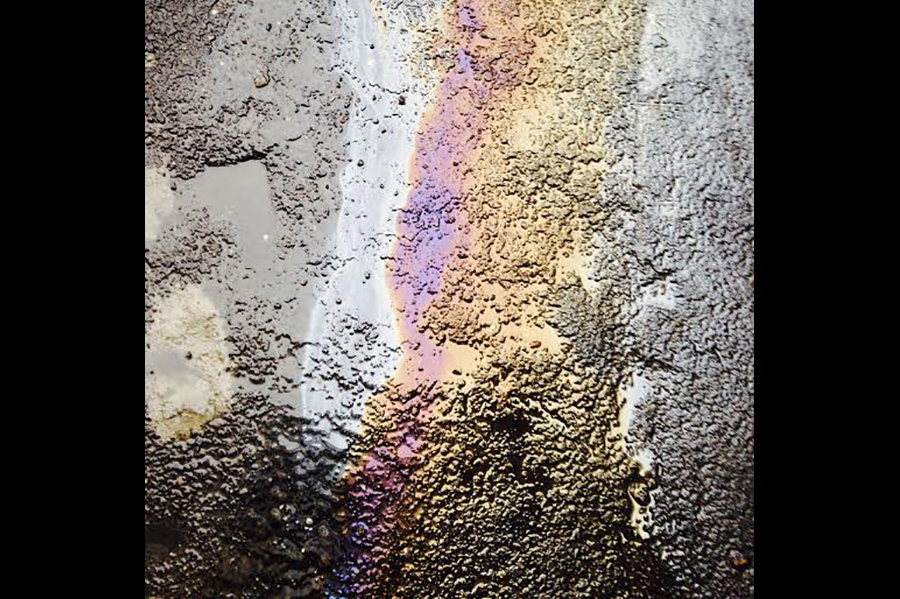 I decided to capture a contrast, yet simultaneous cohesion between what is perceived as a “natural” phenomenon (rain) and completely “unnatural” phenomena (oil and pollution). This interaction is both grotesque and beautiful in a way, as the oil and water mixture reflect the light in an almost gaudy manner. The road’s texture adds a layer of dimensionality within the flow, further engaging this interaction. I chose a square, Instagram-style photo because social media is a common way for people to engage with and connect to nature. Puddles, especially in NYC, are often avoided because there is no telling what lurks below. However, just by looking down one can see a visible tension arising from human destruction of the environment.

This piece was created for an environmental art journal edited by Taylor Brock and Haley Gaston. The journal was their final project for Professor Jim Tolisano’s fall 2014 Interdisciplinary Seminar “Bridging Culture and Nature”