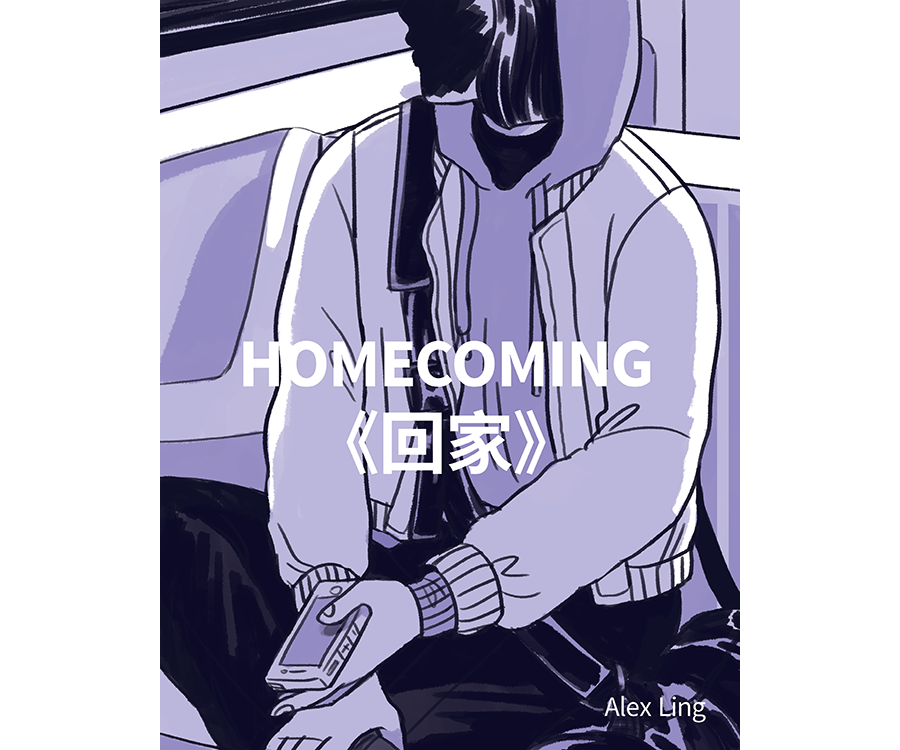 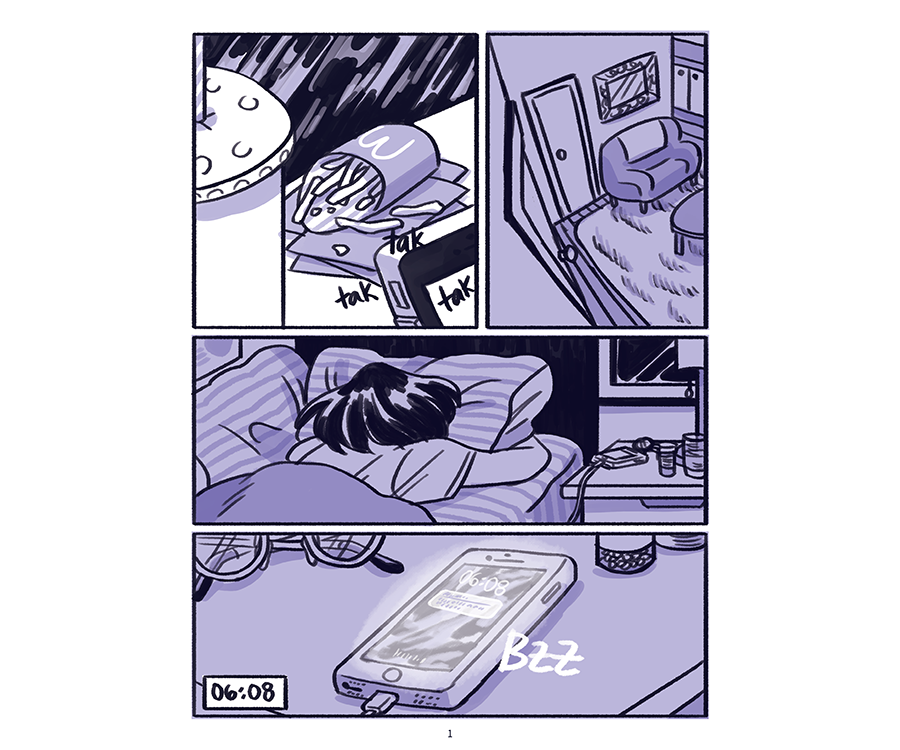 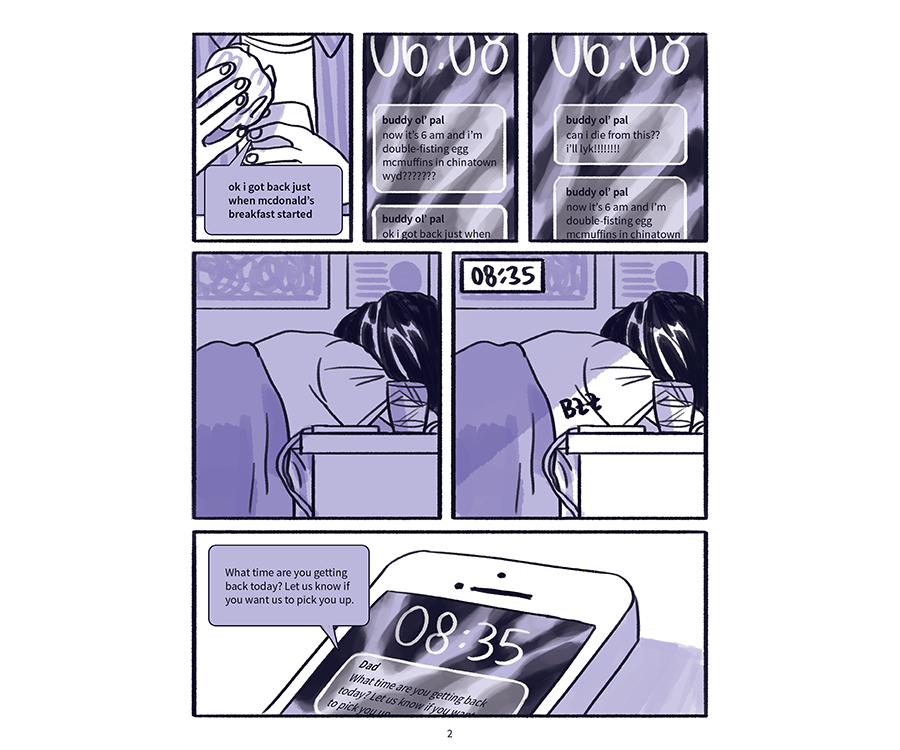 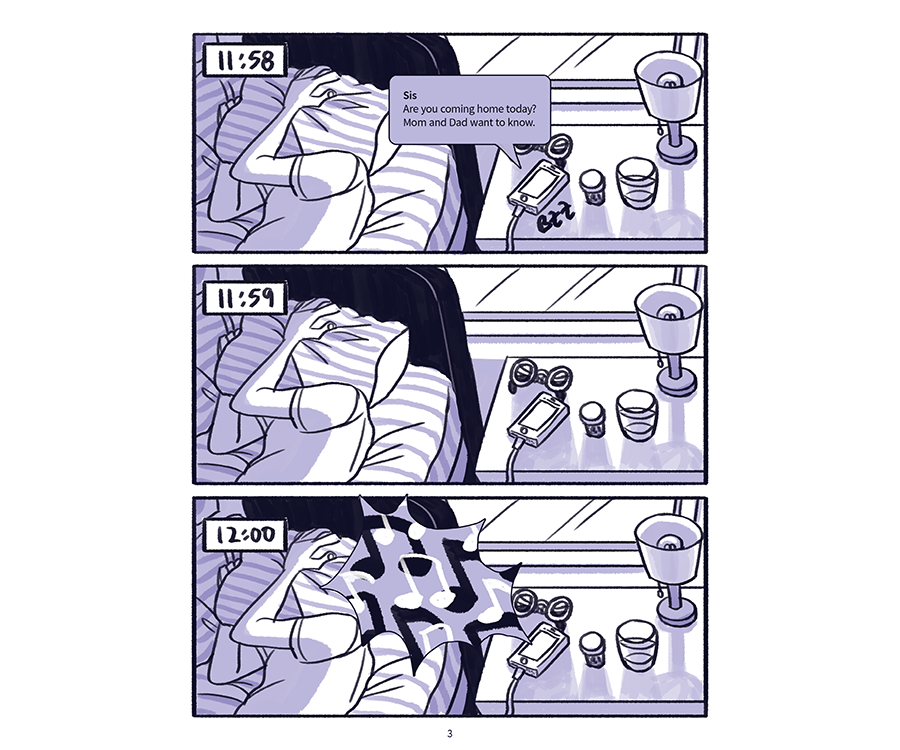 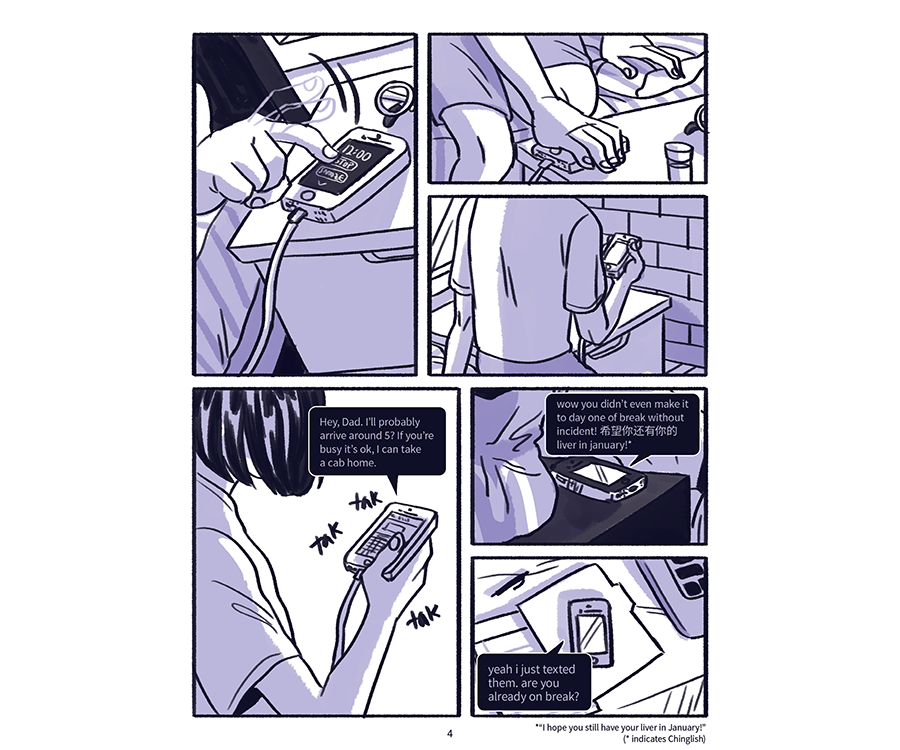 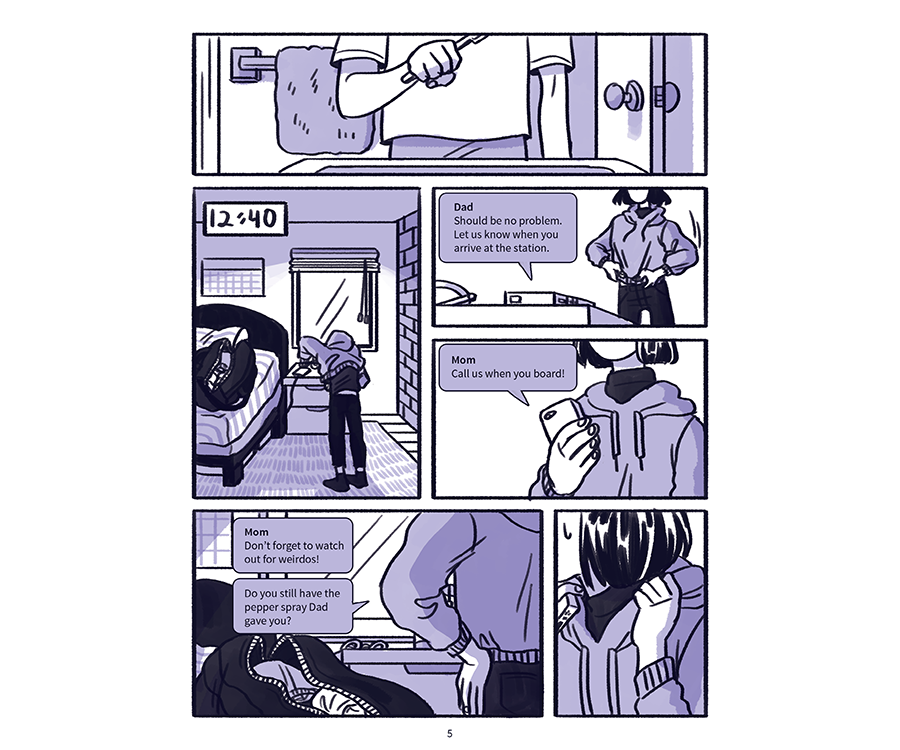 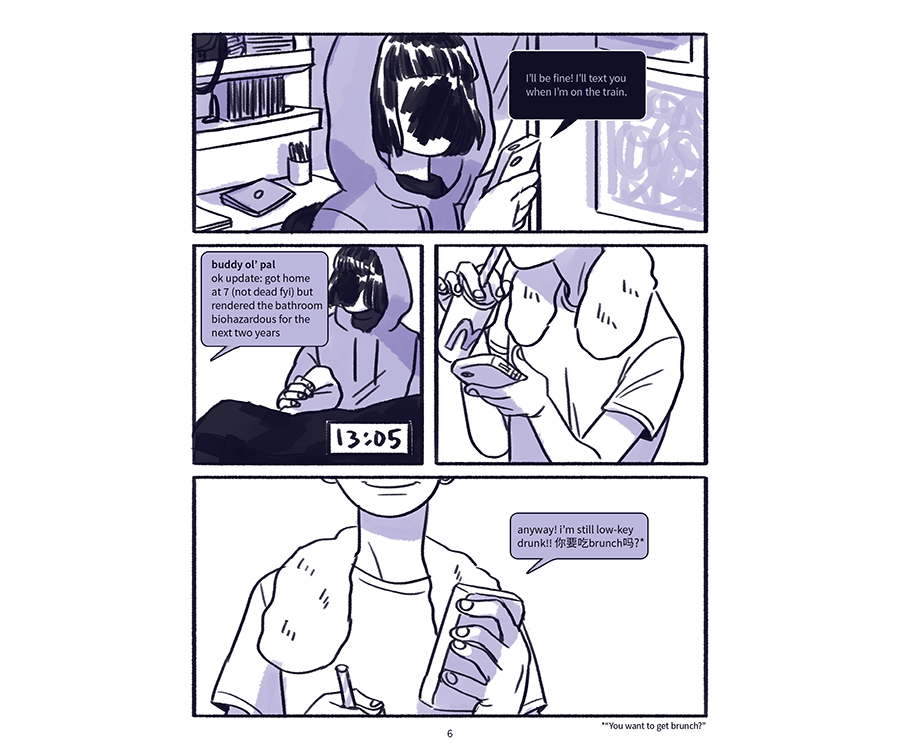 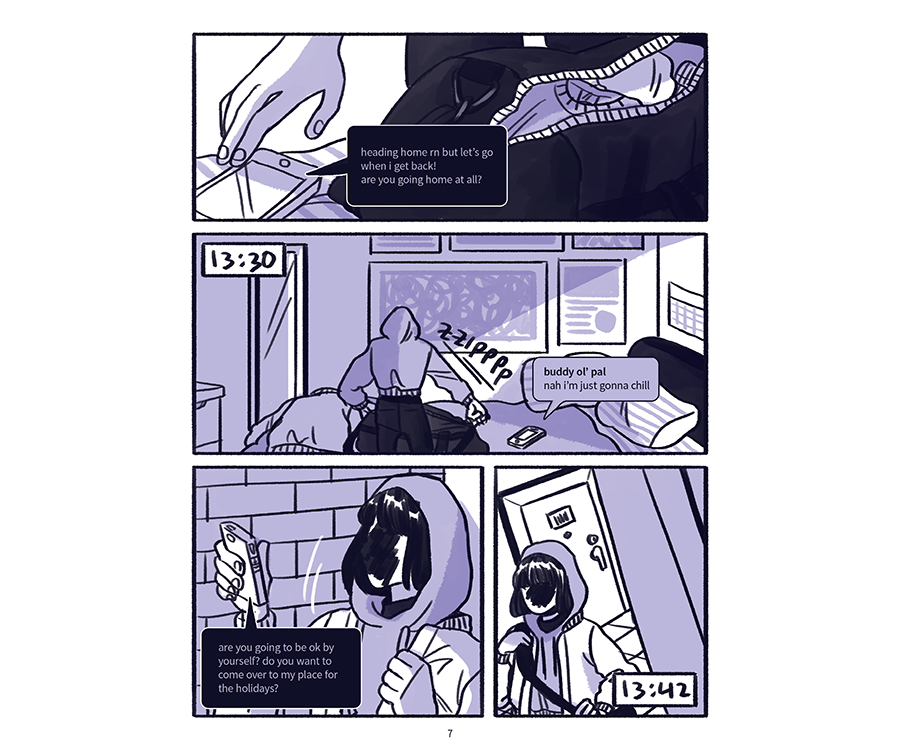 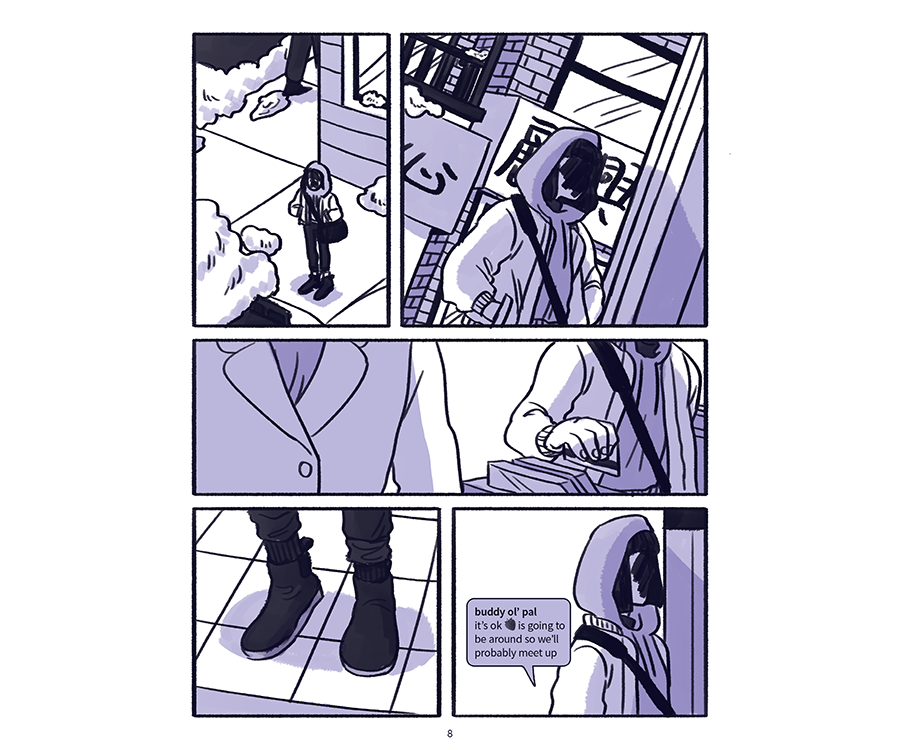 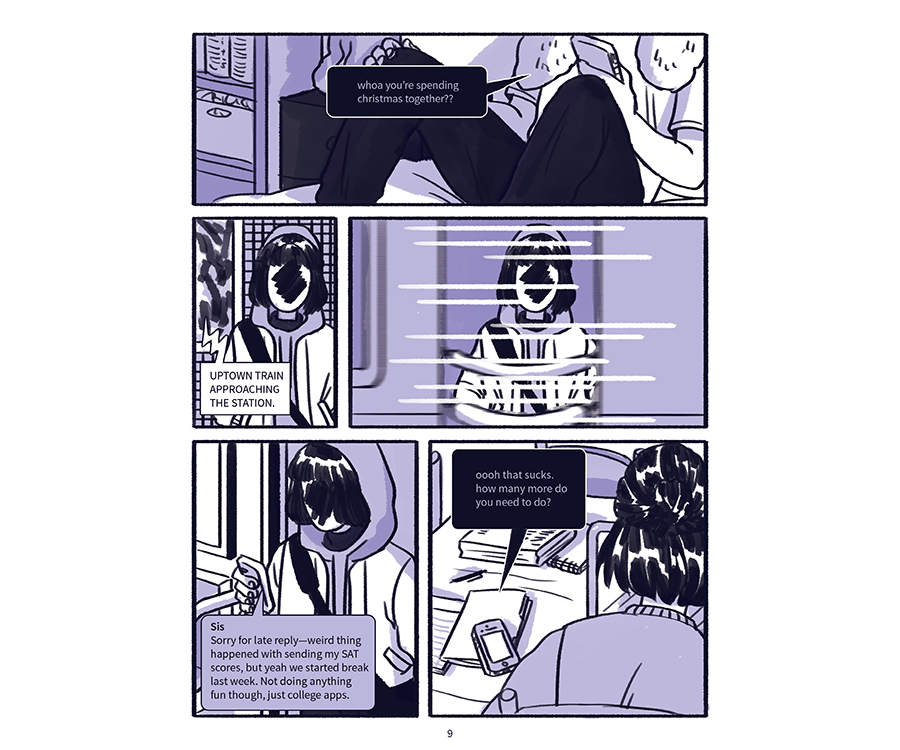 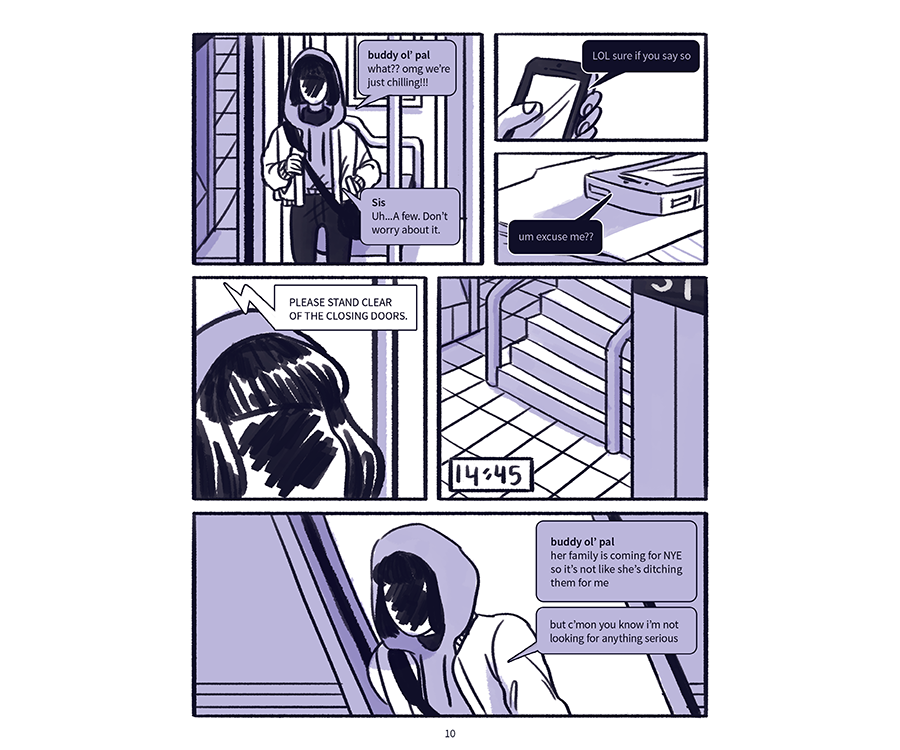 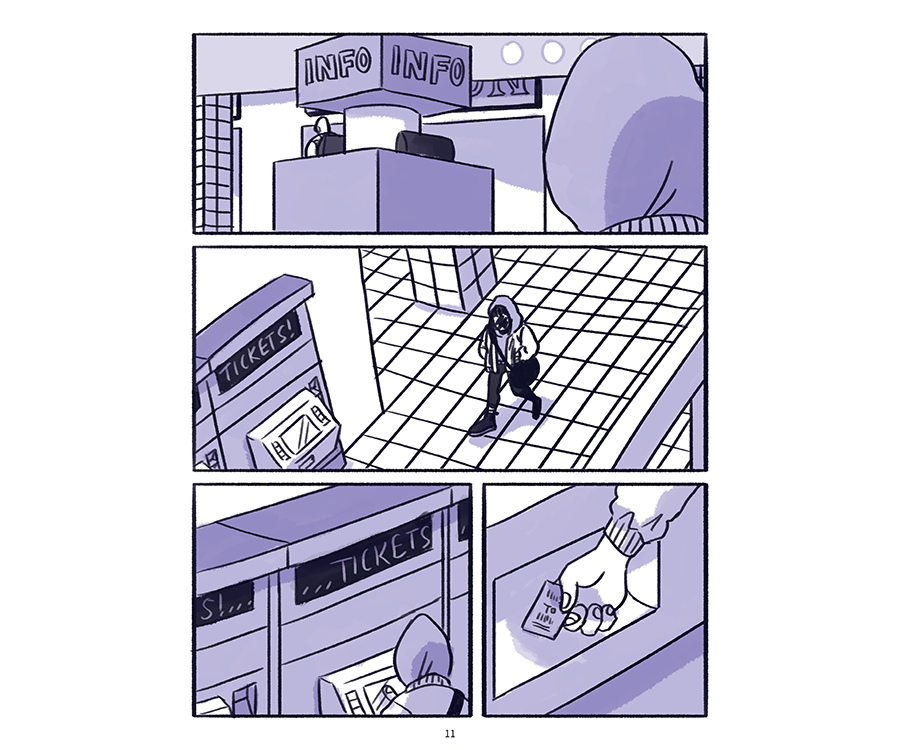 “‘Homecoming’ is a 32-page zine that seeks to reveal the conflicts within Chinese-American identity that often go unsaid. Usually tied to ‘model minority’ myths and familial expectations that turn into internalized pressure, the characters of 'Homecoming' struggle to confront their moments of vulnerability and doubt. The protagonist serves as an observer as they exchange text messages with their friend and sister, acting as the common thread between their stories. The full comic can be read on Issuu."—Alex Ling