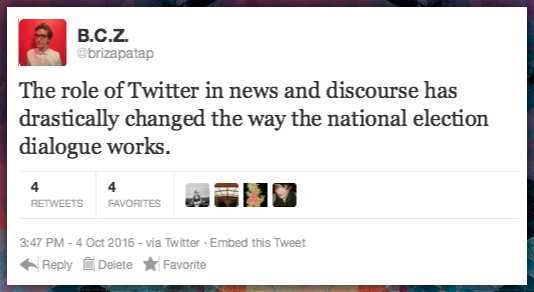 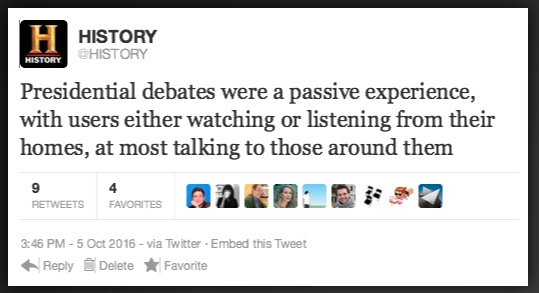 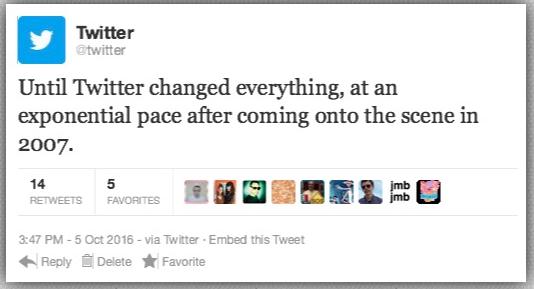 Lights up to a dimly lit stage. Two empty podiums in silhouette, slightly raised and facing outwards to the audience, sit center stage. Enter Commentator 5. He/she takes out a remote, faces out to the audience, and turns on the “TV,” then sits down to face the commentators as they emerge, one by one and to great fanfare, from offstage.

COMMENTATOR 1
If you’re just tuning in, welcome to the first presidential debate. This is a debate that has been talked about for months, and could represent a turning point in the election—

COMMENTATOR 2
We like to talk about the election being five weeks away, but early voters are a determining factor in this election, meaning millions could be voting based off of—

COMM. 3
Tonight, we’re going to be looking for some control, some level-headedness from Donald Trump. If he can control his temperament, that would benefit him—

COMM. 4
The American people want a likable Hillary, a Hillary that is comfortable, confident, and has specific policies in mind—

COMM. 5
A significant portion of viewers are still undecided, are still in that grey area, and they’re looking for a reason why they should vote for these candidates tonight—-

The commentators continue, overlapping each other, their voices building to a crescendo, until—

COMM. 1
The stakes could not be higher.

A drum roll and cymbals crash as spotlights zig zag wildly around the stage, until all finally shining directly out to the audience. Black out. 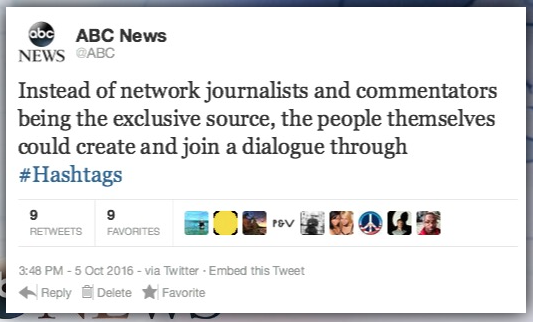 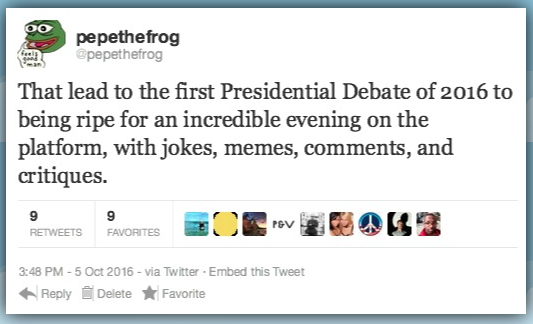 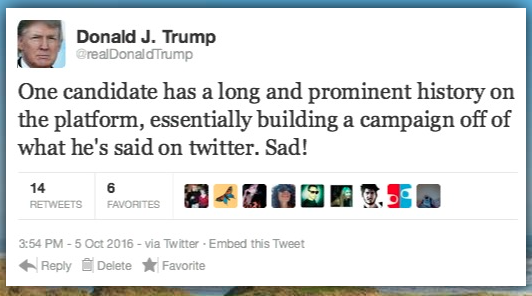 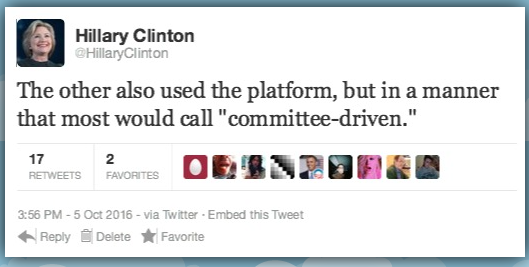 SCENE II
Lights up and commentators now form a semi-circle around Hillary, who is center stage with her back to the audience.

Hillary opens her mouth to speak, but is cut off—

COMM. 5
What we’ve been talking about…

COMM. 4
The American people want a likable Hillary, a Hillary that is comfortable, confident…

Trails off as Hillary turns to face the audience, and the actor’s face is one of those Hillary Clinton Halloween masks. Blackout. 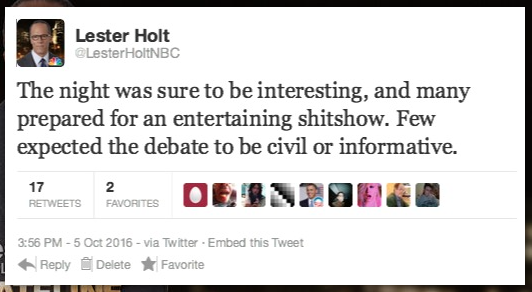 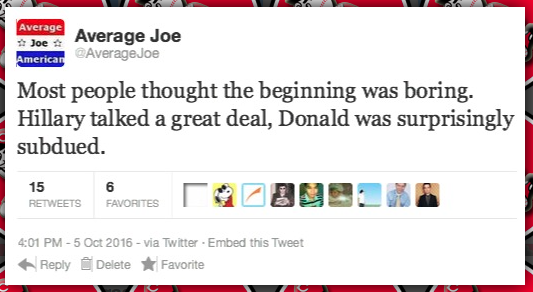 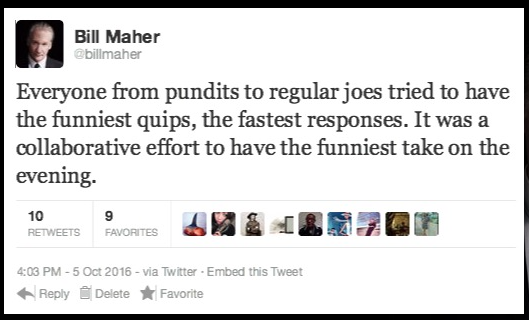 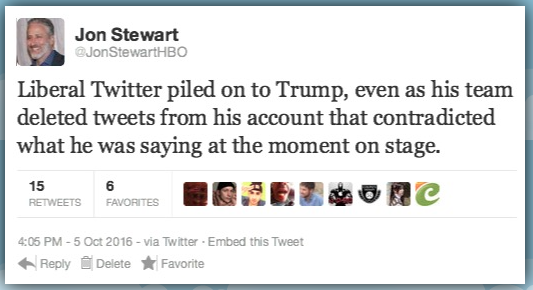 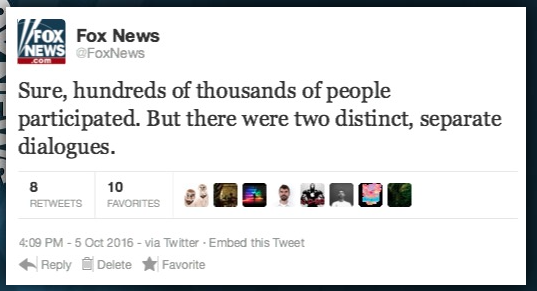 SCENE IV
Lights up. The stage is empty. The voices of Donald Trump and Hillary Clinton echo throughout the theatre. A camera, turned out to the audience, projects the audience’s faces onto the scrim at the back of the stage. Blackout. 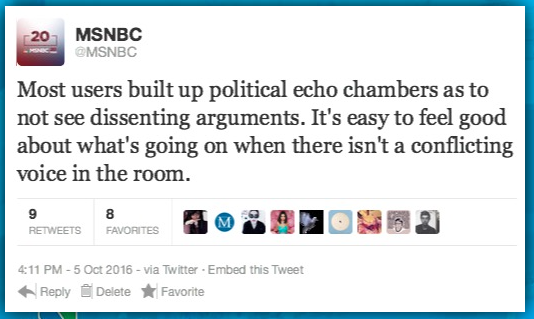 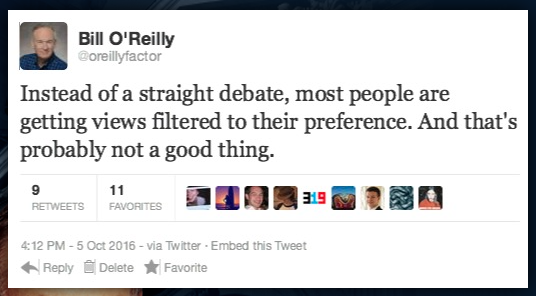 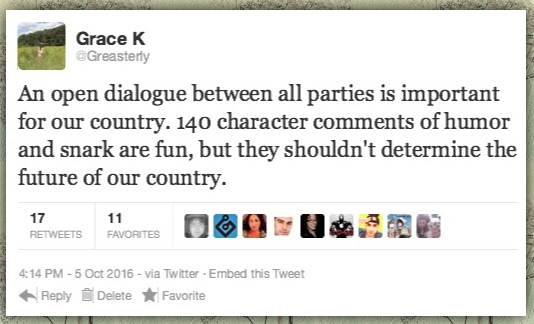