On a mission to find cute photos of myself as a baby, I asked my mom where she kept our oldest photo albums. I braved my way down my parent’s basement, tripping over boxes and avoiding spiders. I reached a bookcase filled with first-edition board games and VHS tapes, as well as a shelf lined with thick, leather photo albums. I started pulling dusty albums from the shelf one by one, beginning from the right. After flipping through nothing but photos of my older brother as a child, I realized that all of these albums covered an era well before my time. My brother was my senior by nearly a decade, and the most recent album was from 1994, two years before I was born. These albums showed a life I never knew—the world that existed before I did. 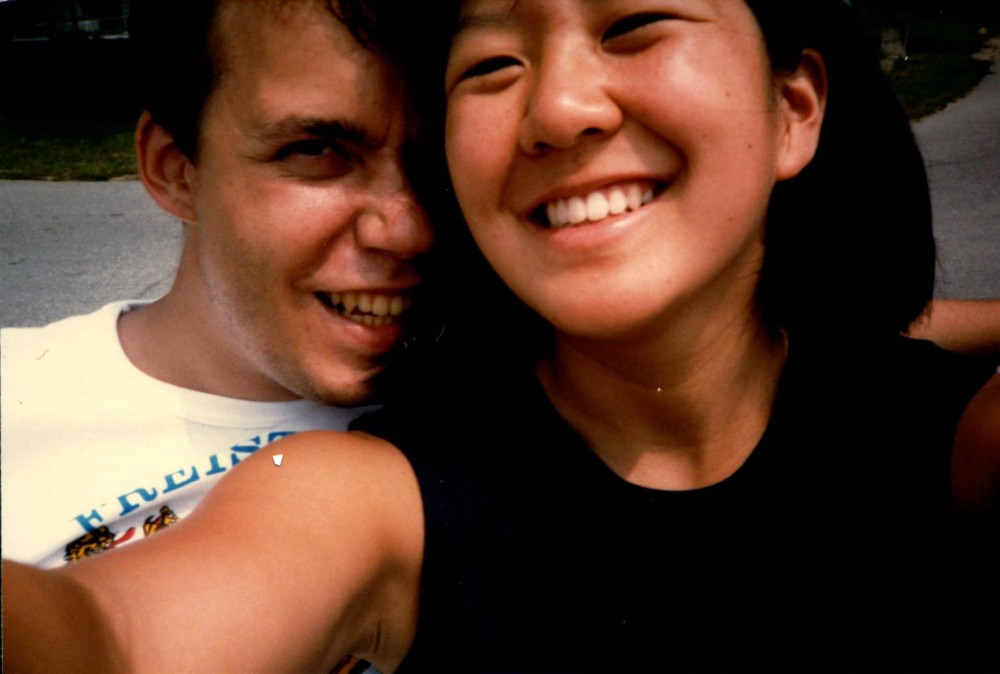 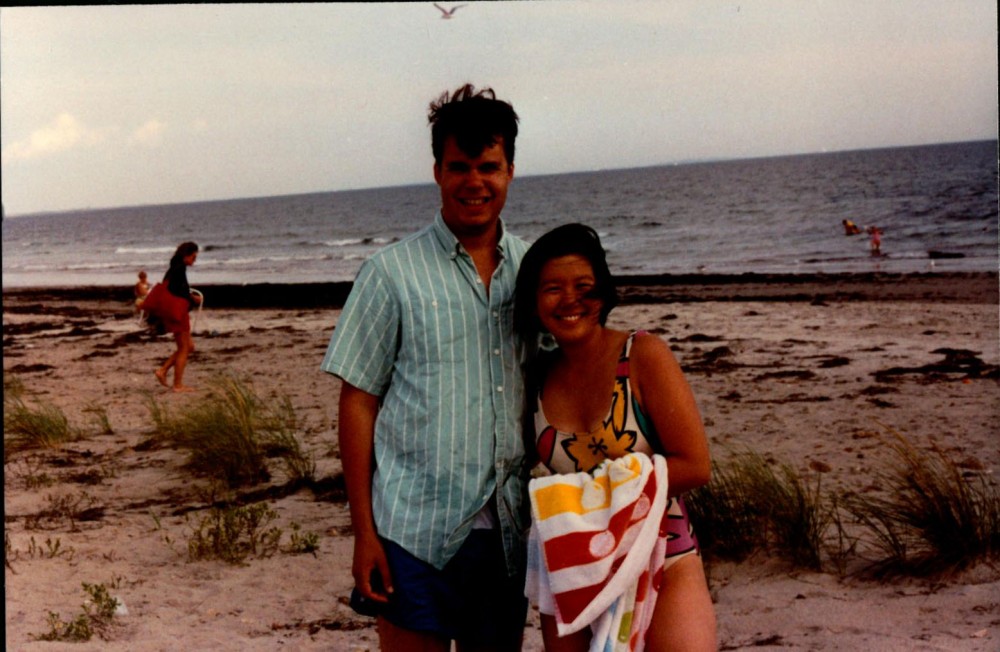 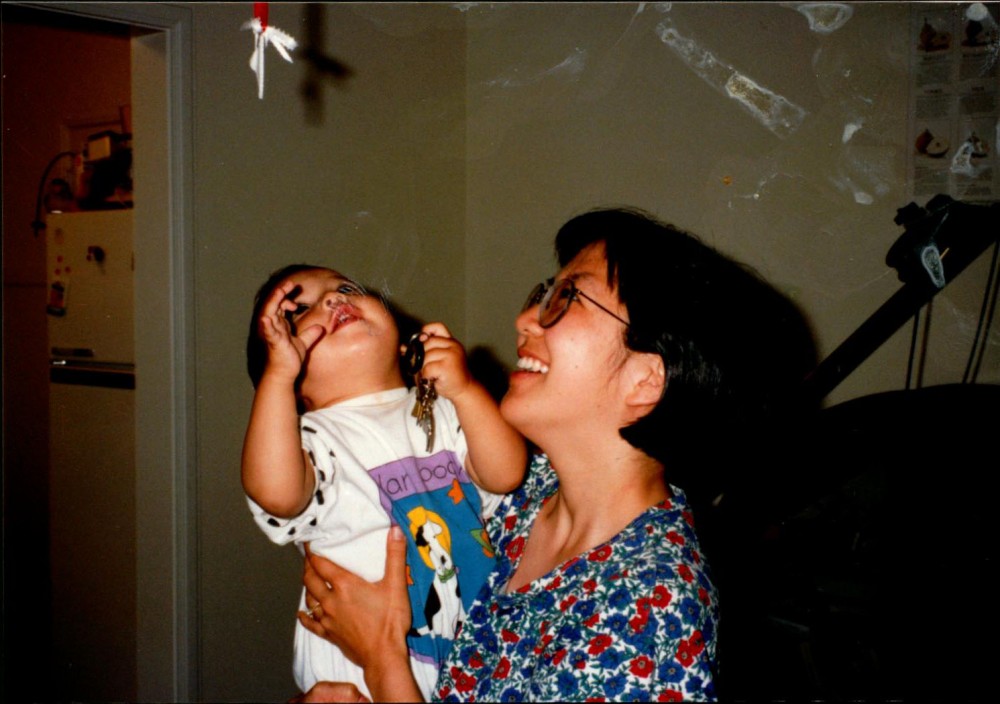 I’m drawn further and further into the past as I make my way through the albums in their reverse-chronological order. My family gets younger as the photos themselves get older. I see Christmases, weddings, vacations, and baptisms. Memories I was never a part of. The parents in these photos are so far removed from the parents I know, and I feel pressure build behind my eyes when I see how young they are. Who are these (thin) twenty-somethings with their oversized glasses and their big-headed baby? I know the people in these pictures intimately, but at the same time, I realize I don’t know them at all.

About a year ago I started collecting vintage photos and other old printed artifacts that I procured from thrift shops and yard sales. I liked the idea of catching a glimpse of other people’s lives; seeing physical memories out of context so I could impose my own stories or interpretations. My legs would get tired as I stood in front of plastic cabinets and sifted through thousands of printed moments, trying to find a favorite five or six photos to buy when I only had a few dollars cash. 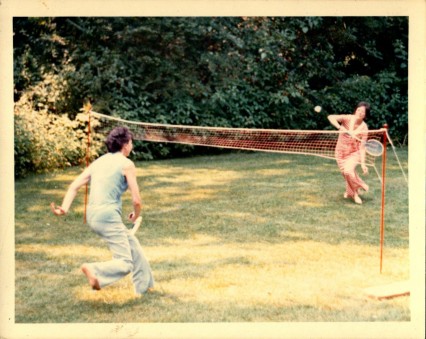 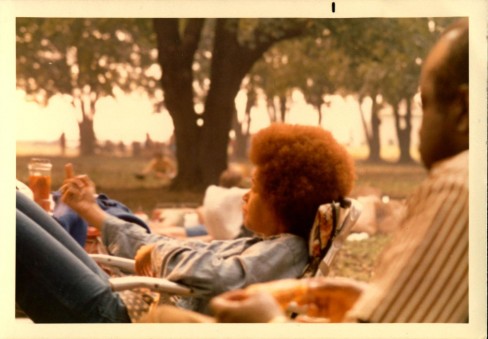 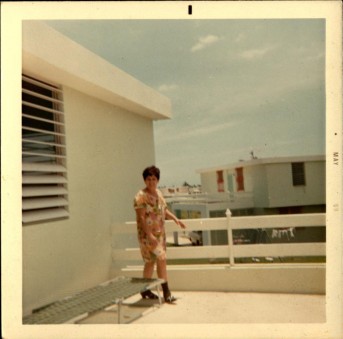 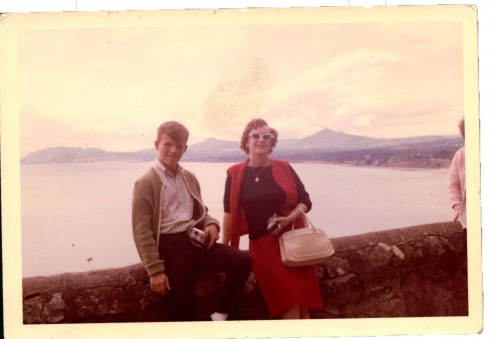 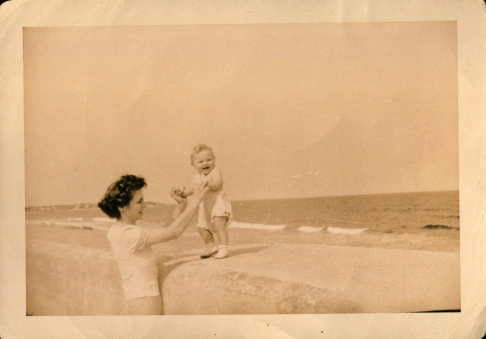 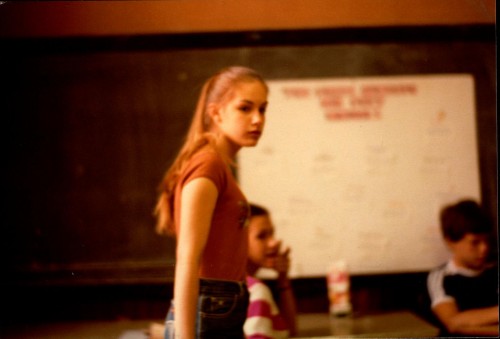 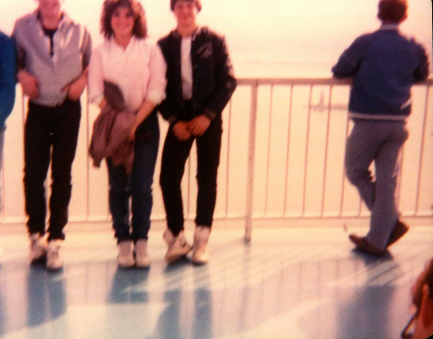 I prefer photos from the ’60s, when colored photography finally became vogue, however pale and washed out the colors might have been. Most of these photos have a white border around the edges, and the soft colors give them a cloudy, dreamlike quality, as if their worlds existed in a pastel haze. They look the way you would expect a memory to look: out of focus and idealized. Some photos have marks and imperfections that show the journey they’ve been through—a deep crease, a thumbprint, a hole from a pushpin, a rip in the corner.

I particularly like to collect anything with writing on it, no matter how difficult to read I usually find the flowery handwriting. This might include a caption written on the back of a photo, a postcard from Río, a letter to an ex-lover, or a 1969 report card of a boy who failed the first grade. I attempt to understand photos and artifacts using whatever clues are attached, but I can only speculate and consider possible meanings with no expectation of ever knowing the true stories behind them. 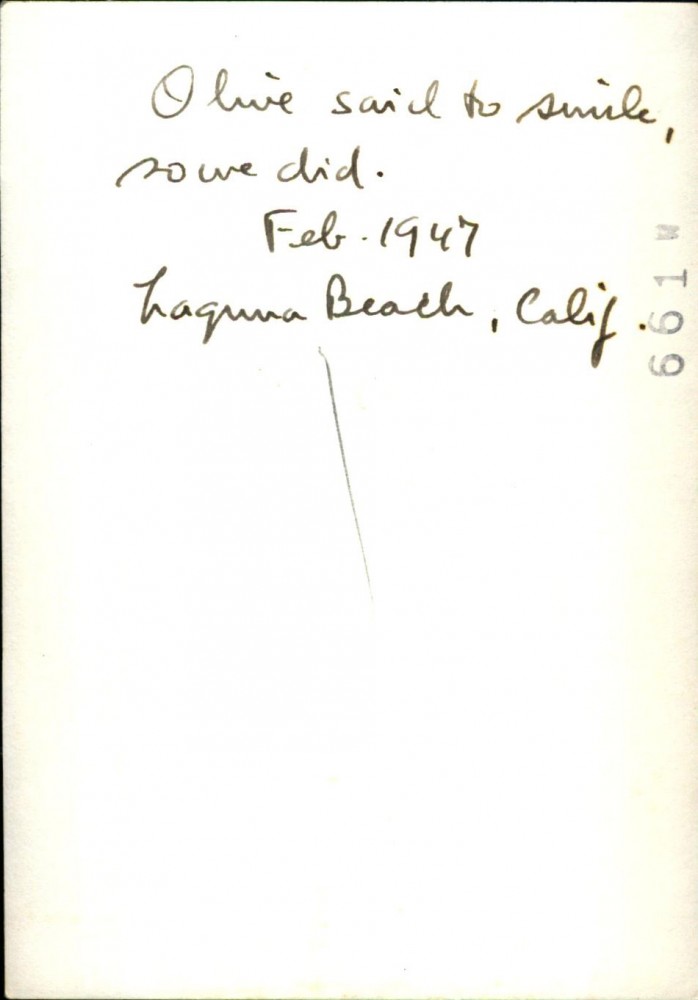 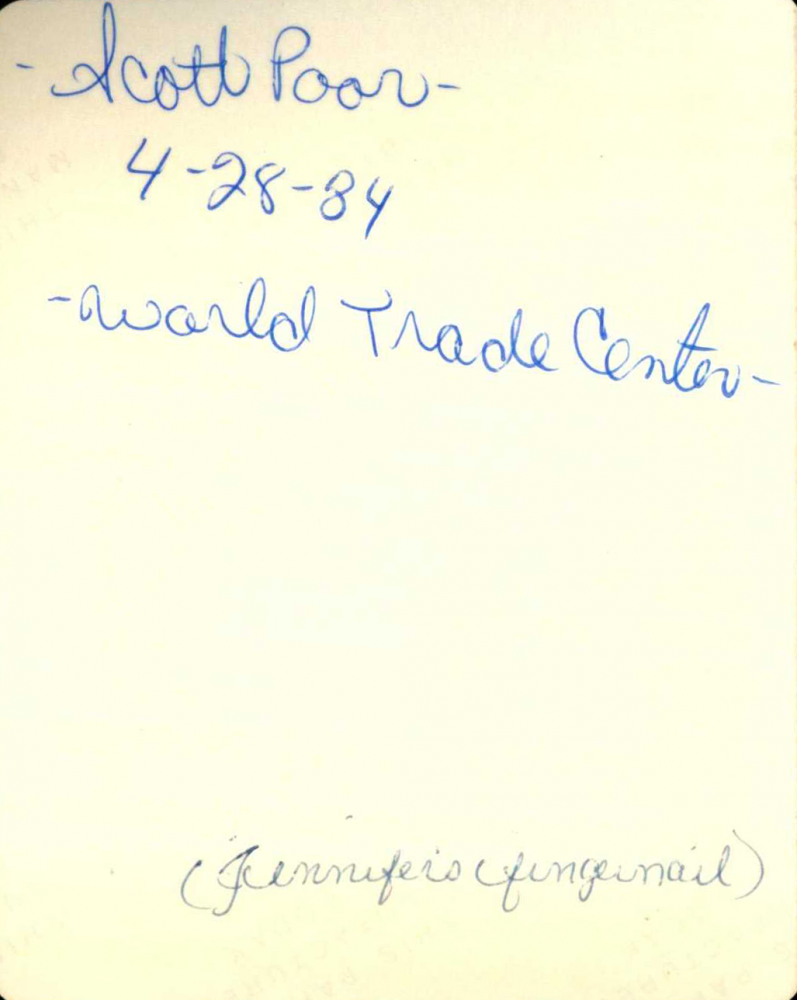 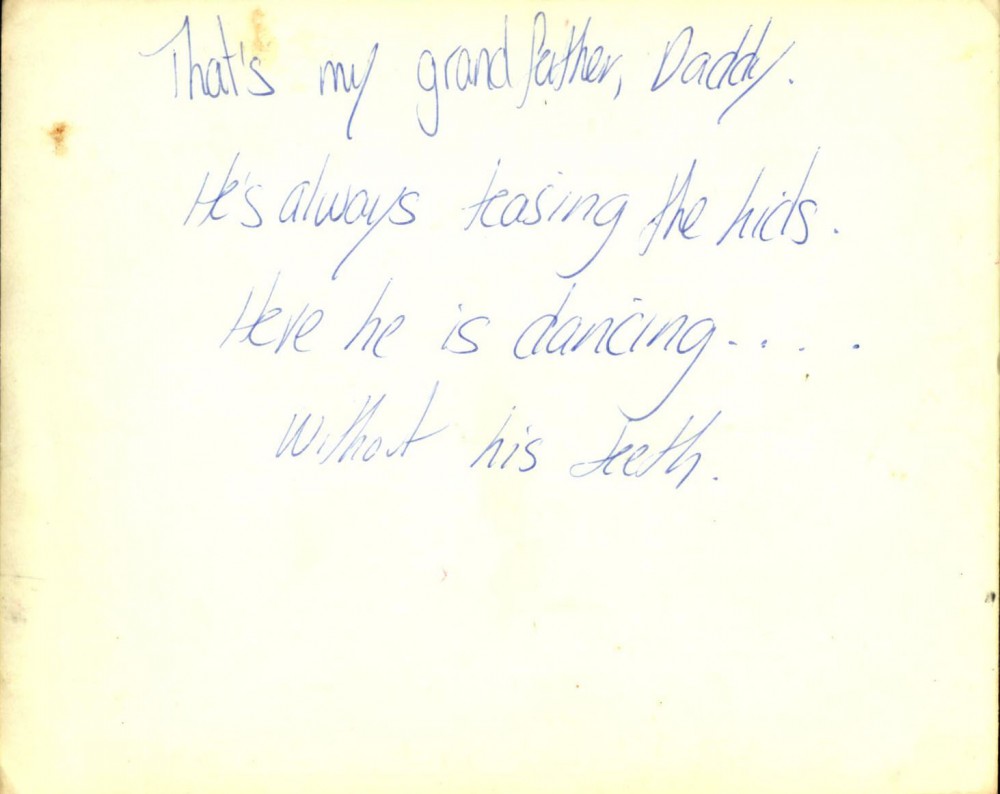 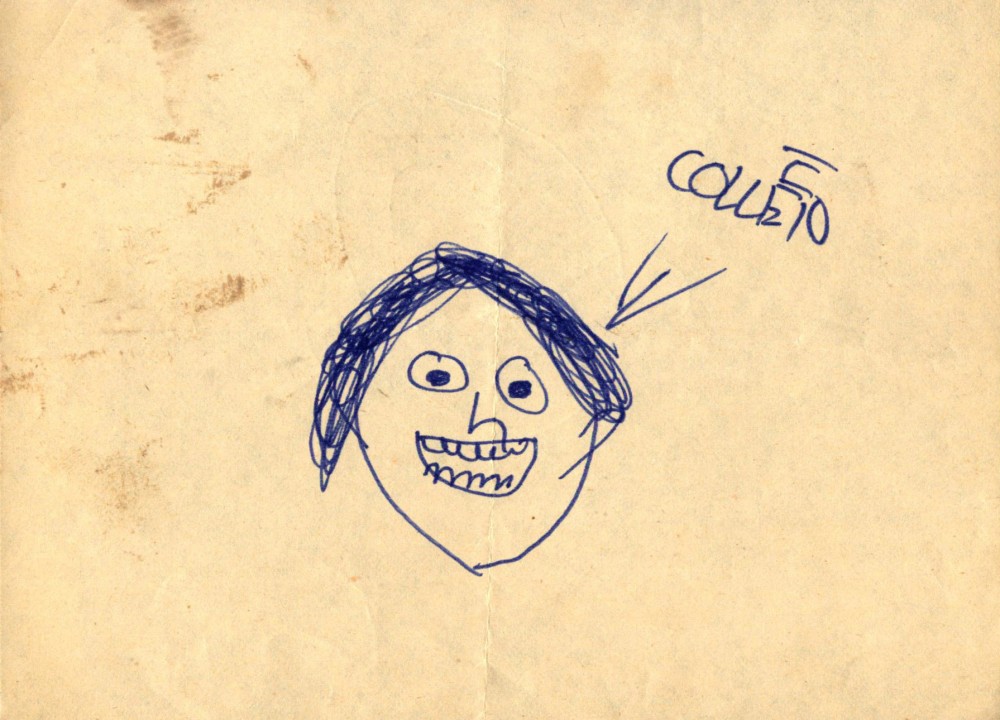 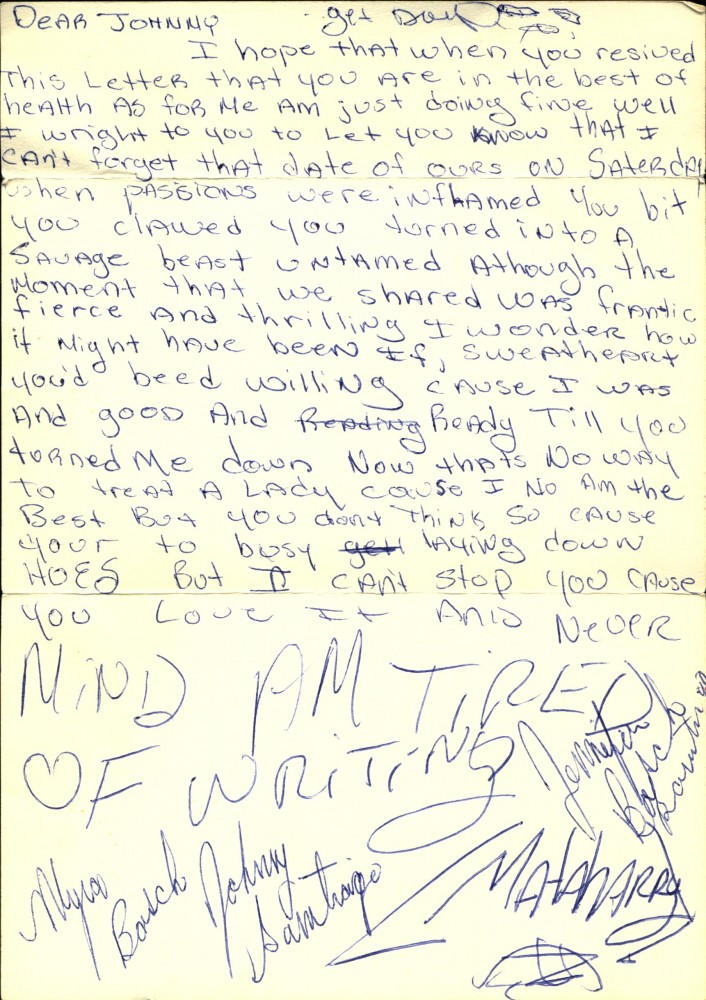 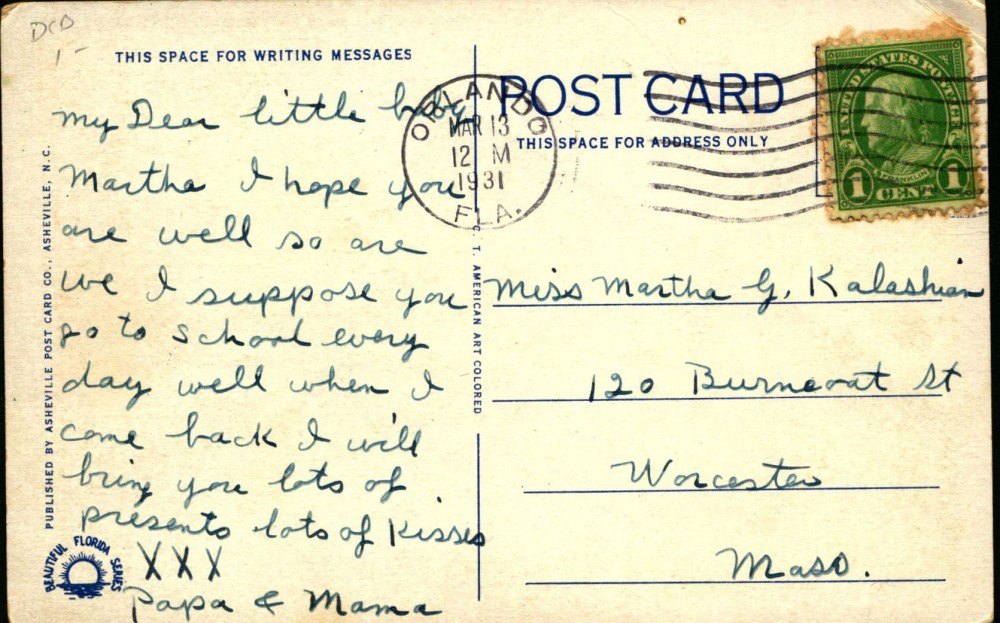 I imagine a couple canoeing in the summer on their anniversary; the boyfriend takes this picture thinking that he could die happy if it’s the last thing he ever sees. I imagine a middle-aged woman enjoying the blue skies, white roofs, and light breezes of the town she grew up in. Sometimes I feel like I live vicariously through these pictures. If nostalgia is a longing for a life you no longer live, couldn’t it also be a longing for a life you never lived? The people in these photos or who wrote these letters are forever strangers to me, and I will never truly know them or the lives they led.

When I look through my collection I feel like a memory stealer, indulging in these intimate and personal snapshots that were likely never intended to be kept in the side drawer of nineteen year old. I think of how I felt looking through my own family’s albums. In my parent’s wedding photo I recognize the wedding cake we still eat every year on New Year’s Eve. Is there anyone alive who would look at the old photos or letters I’ve collected and recognize a familiar face or handwriting? I have plenty of wedding photos in my collection; would anyone know what those wedding cakes tasted like? Is there anyone who would cry because someone in these photos looks so young they’re unrecognizable? I wonder about how these memories ended up in thrift stores or yard sales and into my hands. 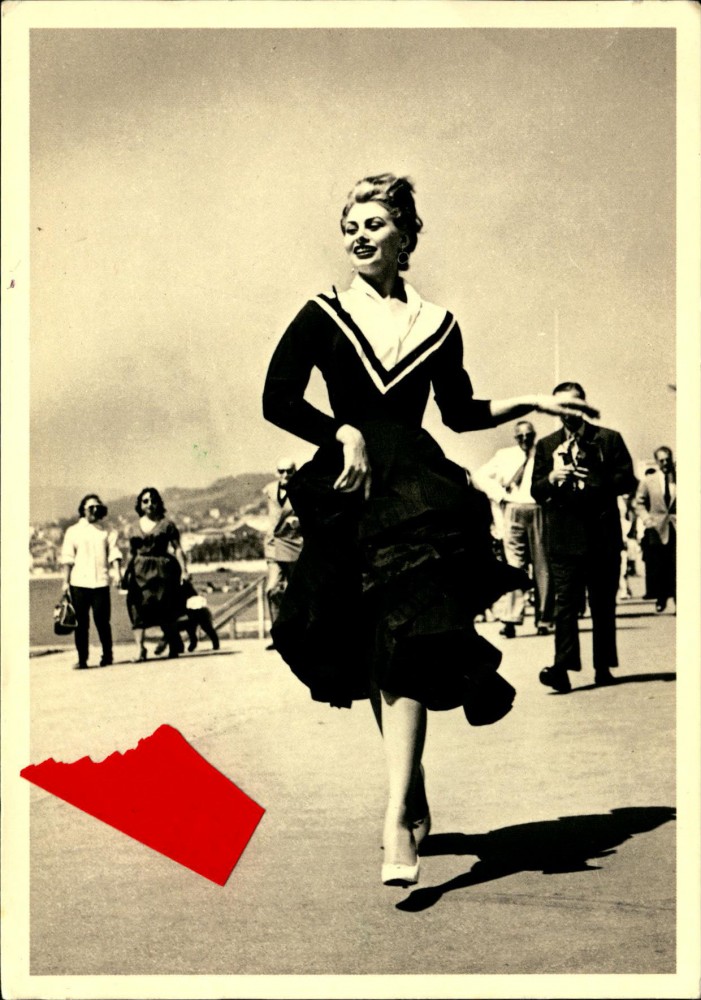 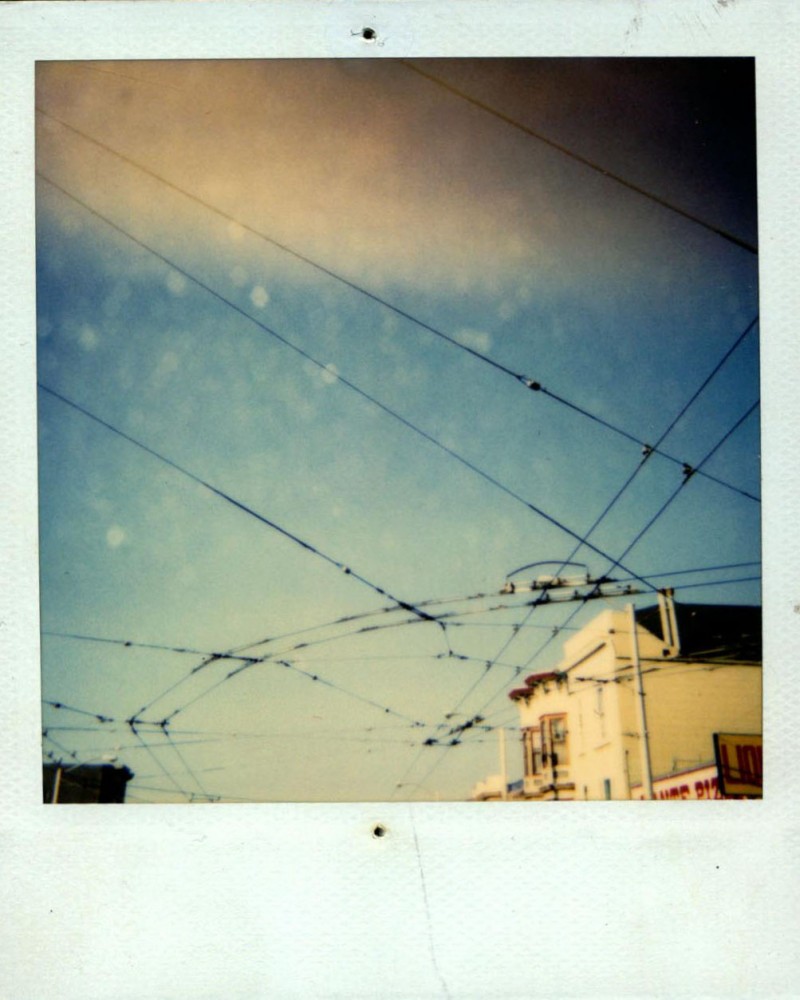 As I think about all this, I also consider the way we preserve memories today. Besides the recent resurgence of Instax polaroids, most photo albums exist purely digitally. There is virtually no limit of space, so you can keep thousands of photos and never feel the need to get rid of a single one. The pickiness required in choosing the perfect memory to capture is less of a concern when you don’t have to worry about a twenty-seven-photo limit or the price of developing film. When you have to choose which moments to capture, your choices become a more vivid reflection of who you are and what you value. If our lives were turned into books, then these photos are the words and sentences we underlined.

Once a photo is uploaded online it can be passed along and reproduced until it’s origins are untraceable. In that sense, it’s not much different from what I do. With each new pair of hands that find these images, the thoughts and imaginations they impose can change the photo’s meaning entirely. Every time time the image travels, there’s opportunity for a new life to be found in it. But while on the internet those photos can reach thousands of eyes, the physical photos I collect might reach a dozen hands in their lifetime. However, their physicality increases their preciousness, so while the digital memory might be shared seen and shared with many, the physical memory is saved and treasured with a few.

I recently started taking pictures with a disposable camera to have at least a few physical albums of my own. These photos show my life through my eyes, turning the intangible, tangible. I hope that when I’m dead and my children are old, a nineteen year old might find my photos at a thrift store or yard sale and imagine stories about my life that far surpass the realities. 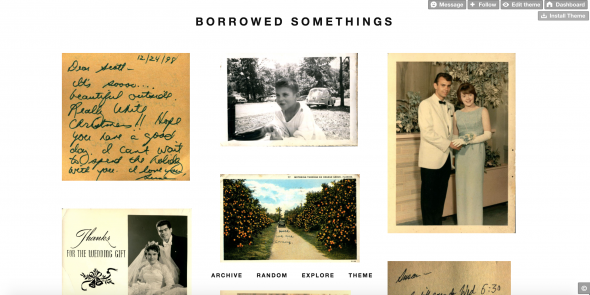 Recently, I decided to digitally archive some of my favorite finds from my collection. In an attempt to emulate the experience of finding physical photos, the photos in my archive appear scattered and random, as if they were laid across a table or tetrised into an album.  You can explore the archive in a tsunami of images, random individual photos, or through organized themes of “love” (togetherness, family, missing).

Each piece alone represents a small glimpse into a full life, a wedding photo, love letters, a middle school report card, but together they could be combined to tell a whole (imaginary and invented) life. Some of the images come from the same album, while others belong in completely different eras and places, however, in this archive they all exist side by side.

“Stolen Memories” was originally conceived in the spring 2016 course “Creating a Magazine: A Multimedia Approach,” co-taught by Professor Lise Friedman and Professor Molly Kleiman. Anna Ijiri Oehlkers developed the piece for Confluence as one of the site’s contributing editors in fall 2016.