The first time I was properly struck by the grandeur of Papa was in February of 2008. Our whole family flew up to Pittsburgh to honor the fifty years that had passed since he had become the first Black basketball player at the University of Pittsburgh. He is one of thirty-three 1,000-point scorers in the school’s history and graduated with an engineering degree. He has constantly been an inspiration to me reminding me that an education is one of the most important things in the world. It’s something they can’t take away from you as he says.

Julius Pegues was born in 1935 in Tulsa, Oklahoma. Among many civil rights achievements such as serving on the board of the Tulsa NAACP, Urban League, Comprehensive Health Services, Family and Children’s Services, Hutcherson Branch YMCA, Tulsa Housing Authority, and Tulsa Board of Education Human Relations Committee, and being a member of the City of Tulsa Economic Development Commission, serving on the Coalition for Quality Education that helped desegregate Tulsa schools and many others, the one I wish to focus on is as the first black basketball player at the University of Pittsburgh.

Something that people always want to know, when I tell them about my grandfather’s experience, are the racist encounters he had in the South. It’s like they want something to be horrified by or perhaps something to make them feel better? They crave it. But Papa only ever talks one incident.

Perhaps the biggest villain in cases like these aren’t the people who assault you with words but the system that made it necessary for him to travel 996 miles to receive the education he desired.

Download a text transcript (PDF) of Micah Pegues’s “What’s Worth It?: Julius Pegues.” 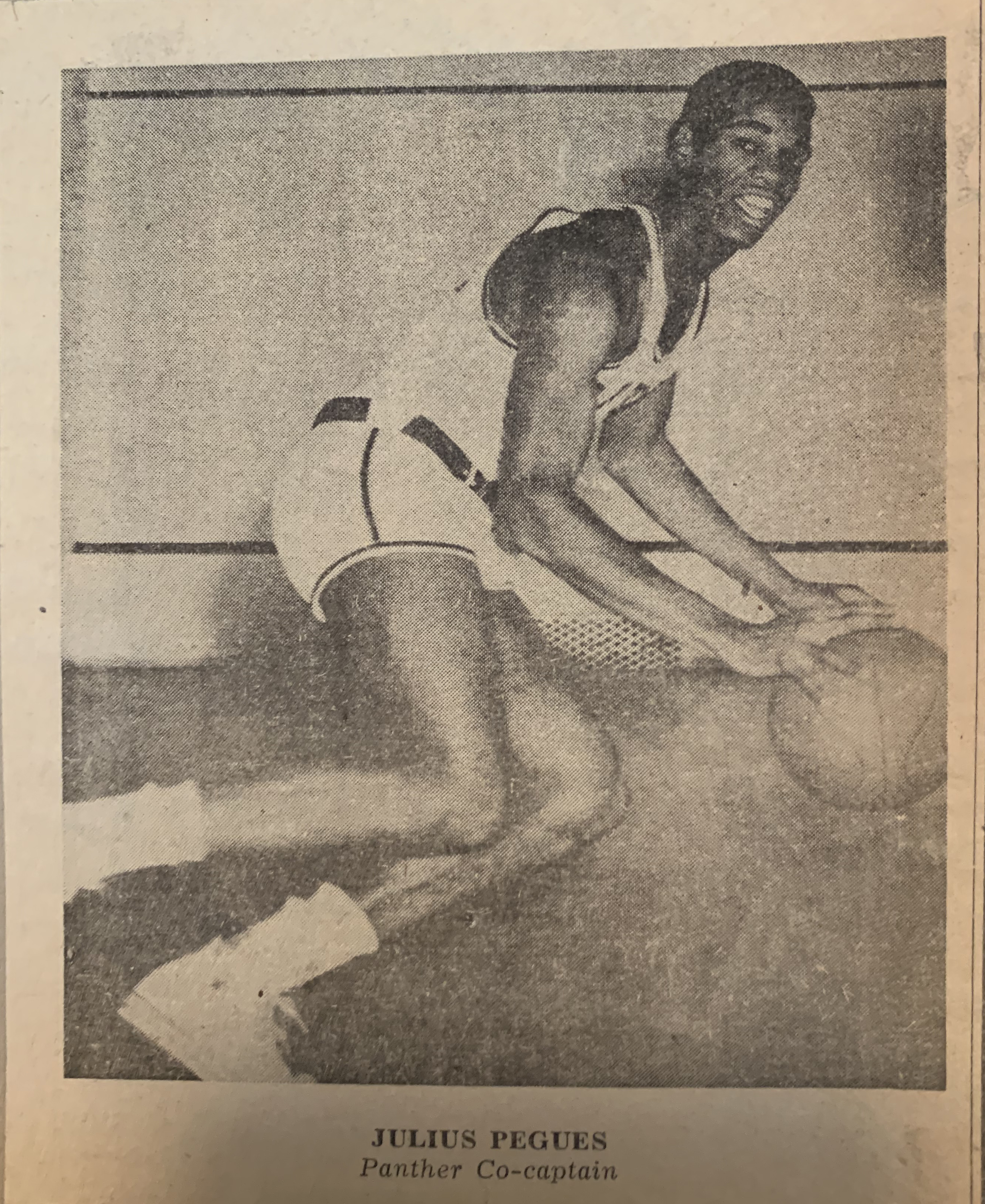 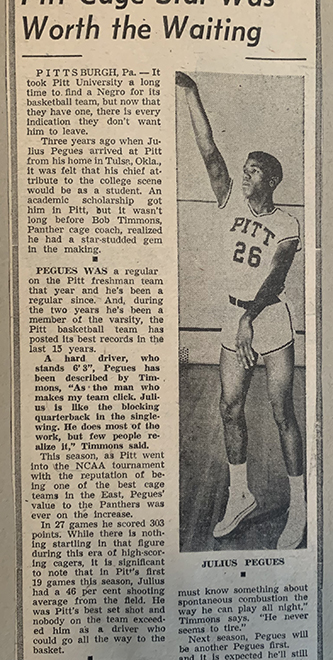 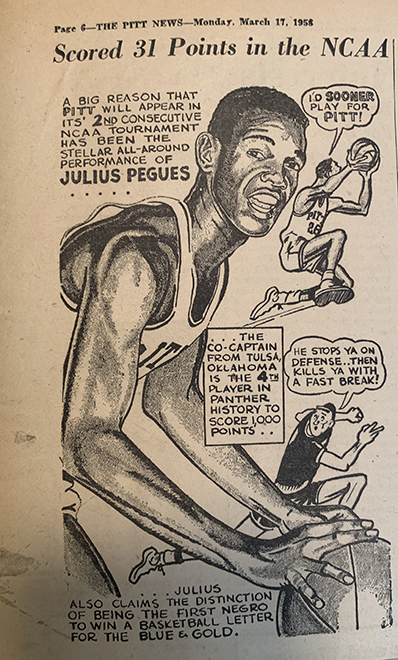 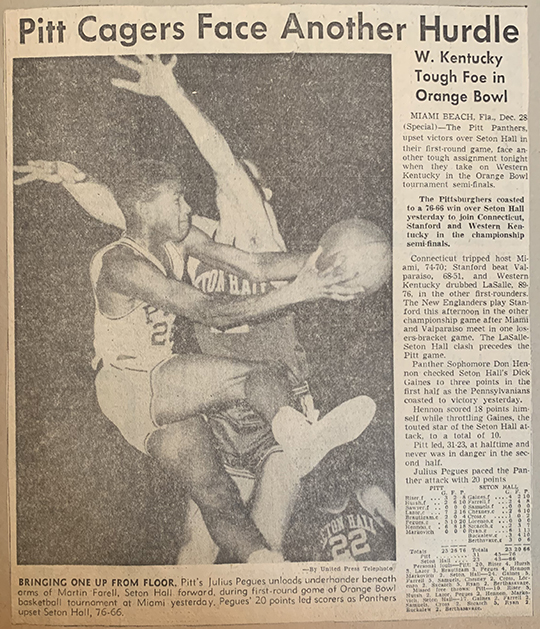