Tucked away in a dirty corner of Naples, in an underground shop strewn with wood carvings, sketches, and bent wire figures, two old Italian artists work side by side. Professor Scott Palmer, in whose Spring 2018 Italian Sketchbook course I studied at NYU Florence, had been friends with Teresa and Sergio Cervo for decades. So, when we took a class trip down to Naples, they let us into their studio for an inside look at their art and how it is made.

Descending into the workspace, I was struck by the dozens of wiry paper maché sculptures dangling from every surface. Like the city of Naples, they were uninhibited and haunting. As I looked around, I struck up a conversation with Sergio, initially in broken Italian, but after a while aided by my professor’s translation. We began talking about how he makes his art, and ended up discussing artistic inspiration and theft. Sergio––cigar between his lips––told me that no art is isolated: it is always in dialogue with other art or ideas. It was this thought, as well as Teresa’s pendent sculptures, that inspired my work. The sculpture and poem I made afterwards is in dialogue with them.

The city of Naples––its composition of timeworn layers––also lent inspiration to this project. Naples has been home to different peoples for thousands of years (the Greeks, Romans, French, Byzantine)––its identity taking on the progression of these intermingling cultures. Physical remnants of these different civilizations endure in the city’s layered architecture (one of the places we visited on the trip was the basement of someone’s home: the backstage of an ancient Roman theatre).

When choosing my materials, I had Naples in mind. I used paper maché to symbolize the layering of both the Neapolitan identity and the city’s architecture. As I walked the restless streets, I filled my pockets with glass shards and bits of broken pottery, later using this debris in constructing the face of Napoli. 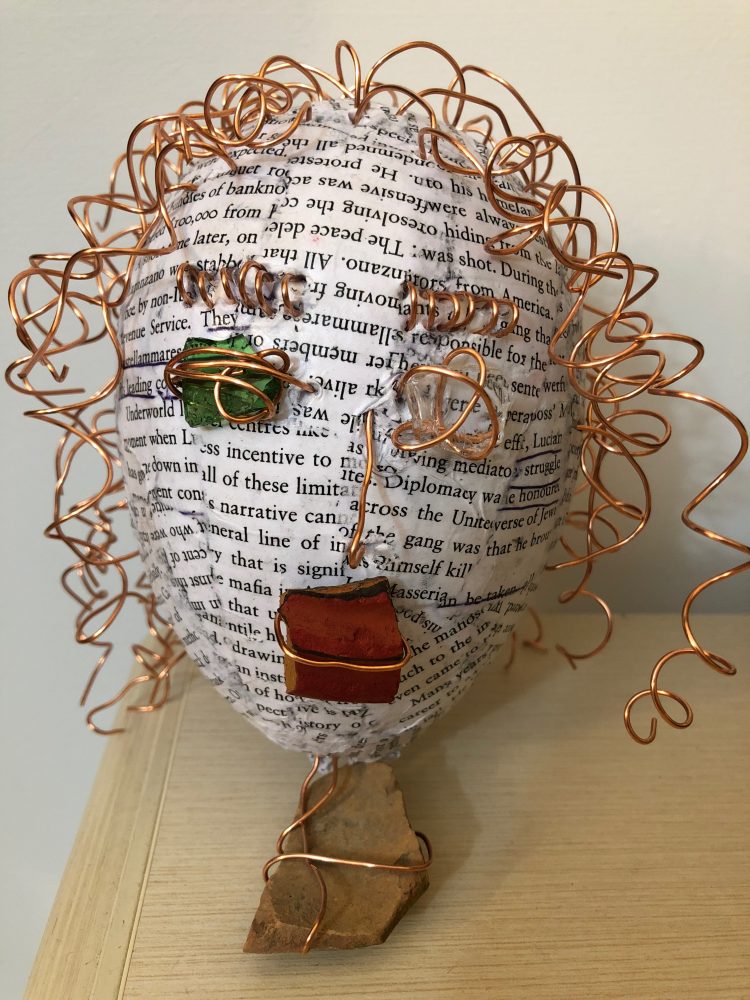 the streets of the ‘new city’

A work of art

Built from tiers of sticky glue-paper

Gluing the two together 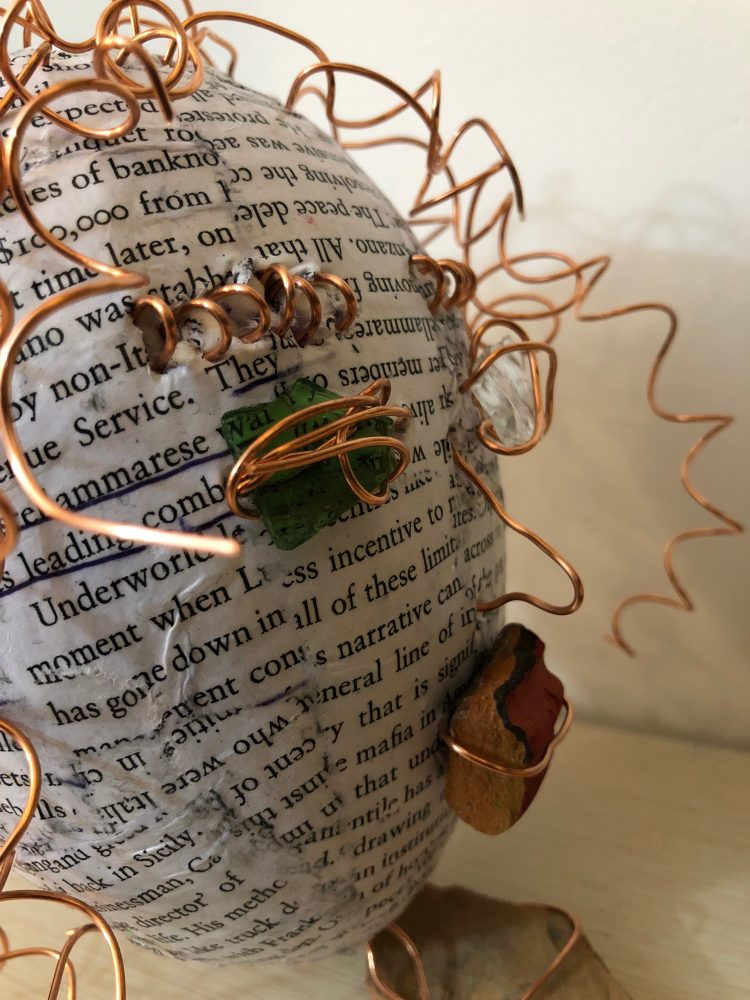 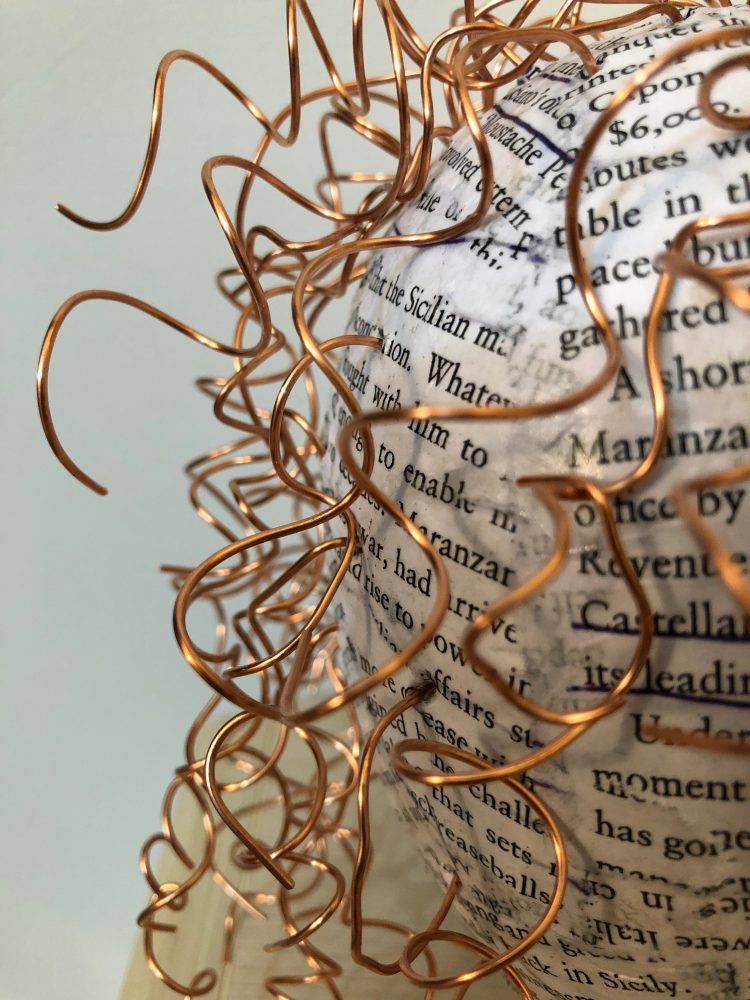 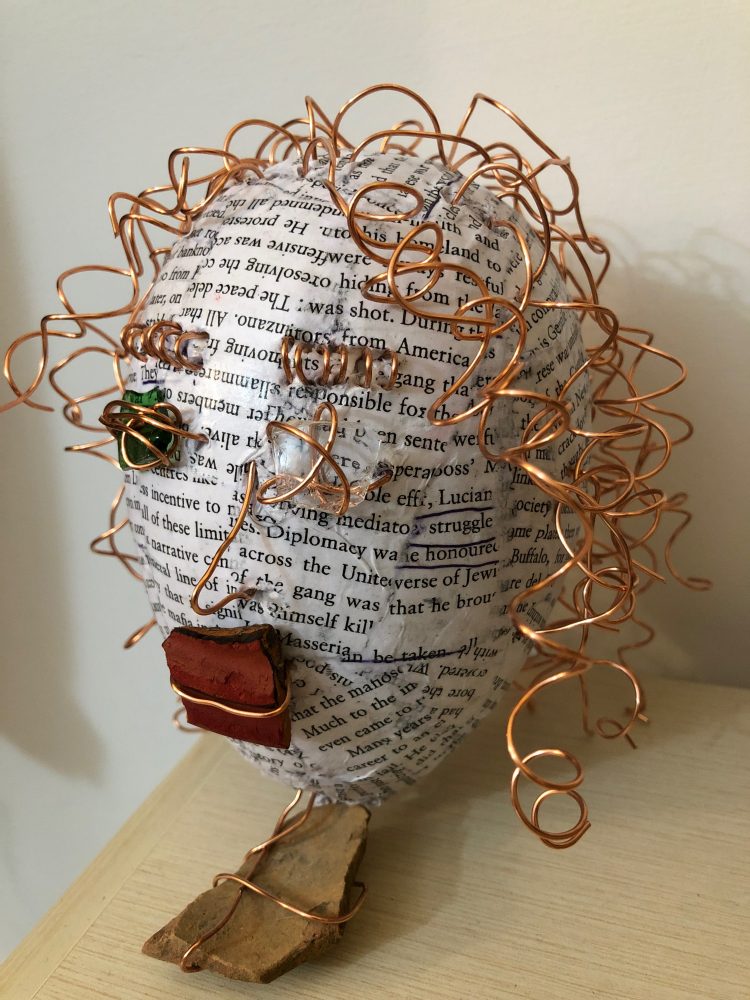