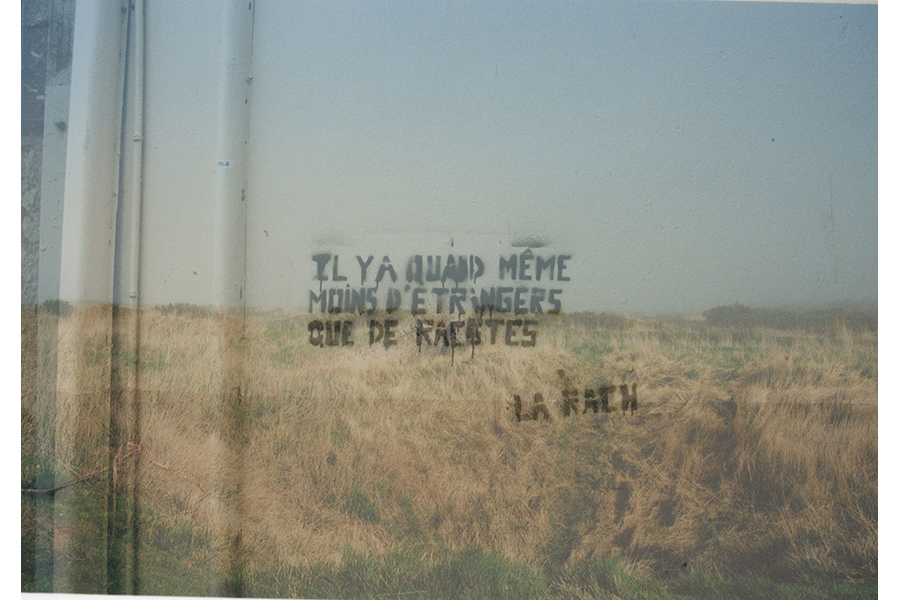 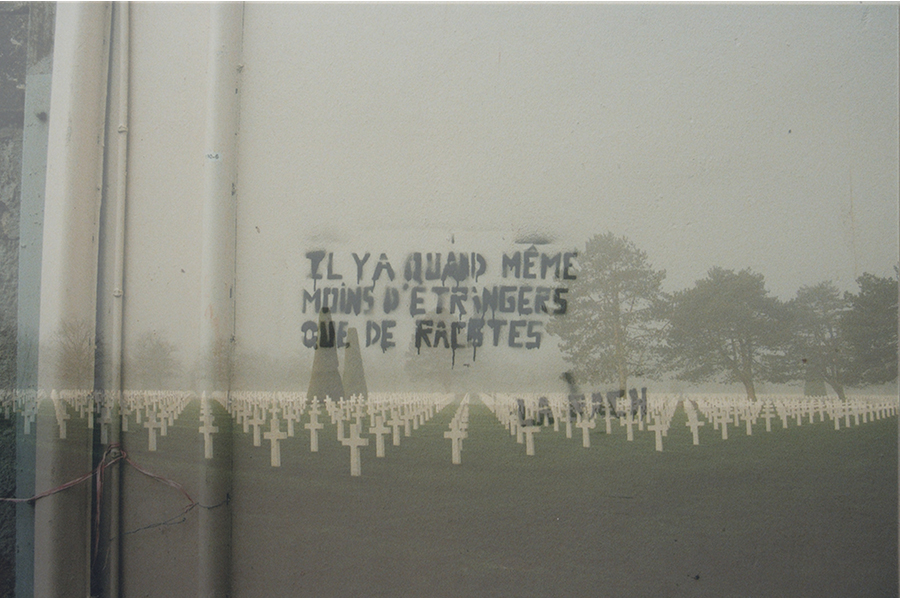 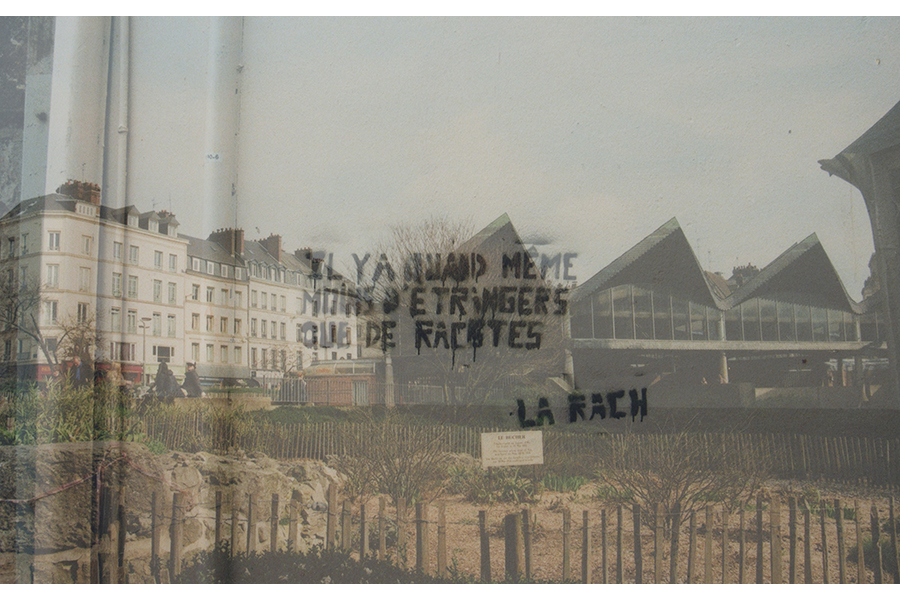 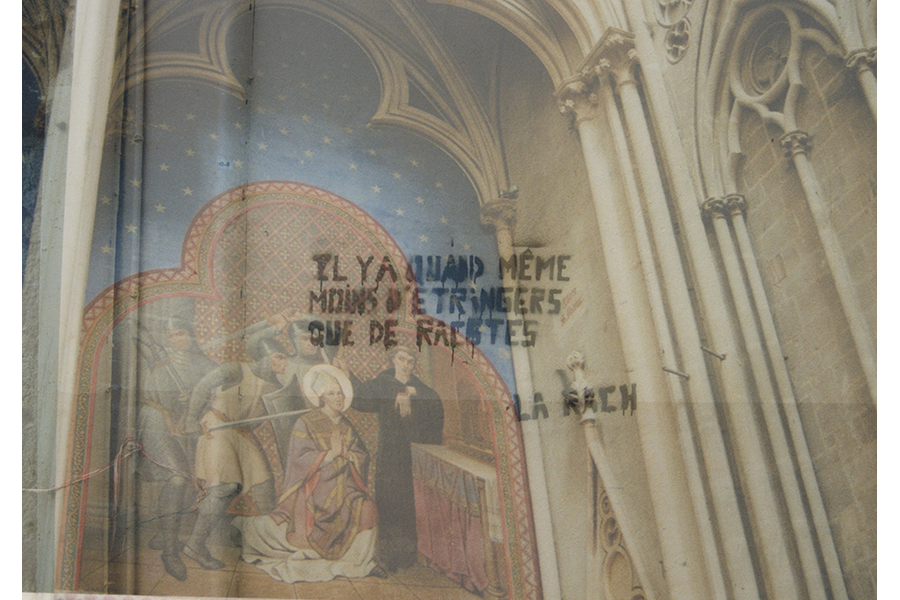 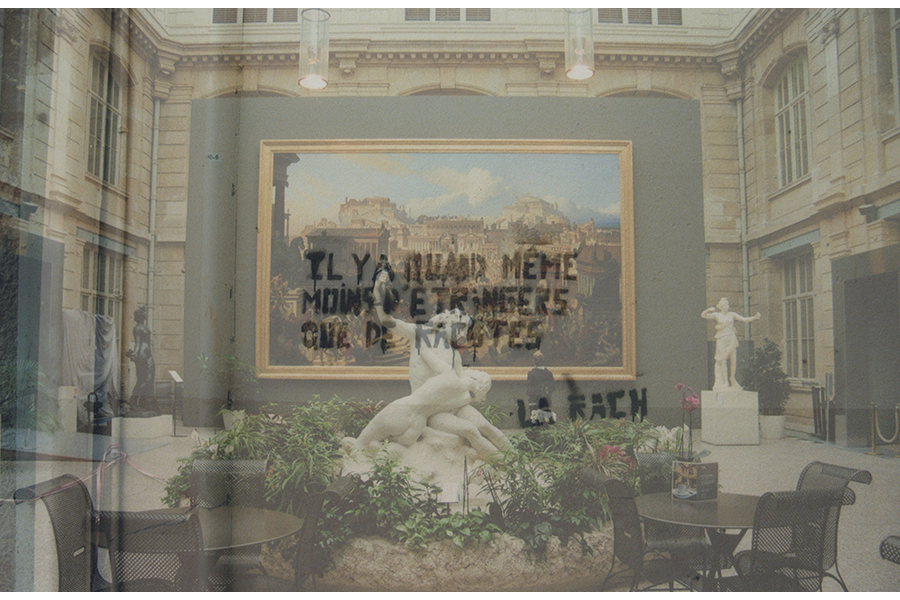 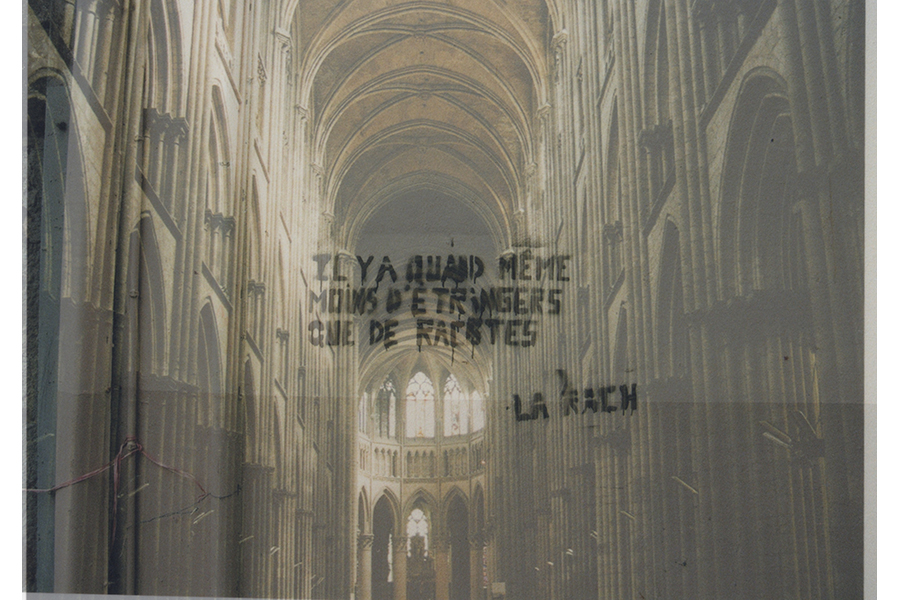 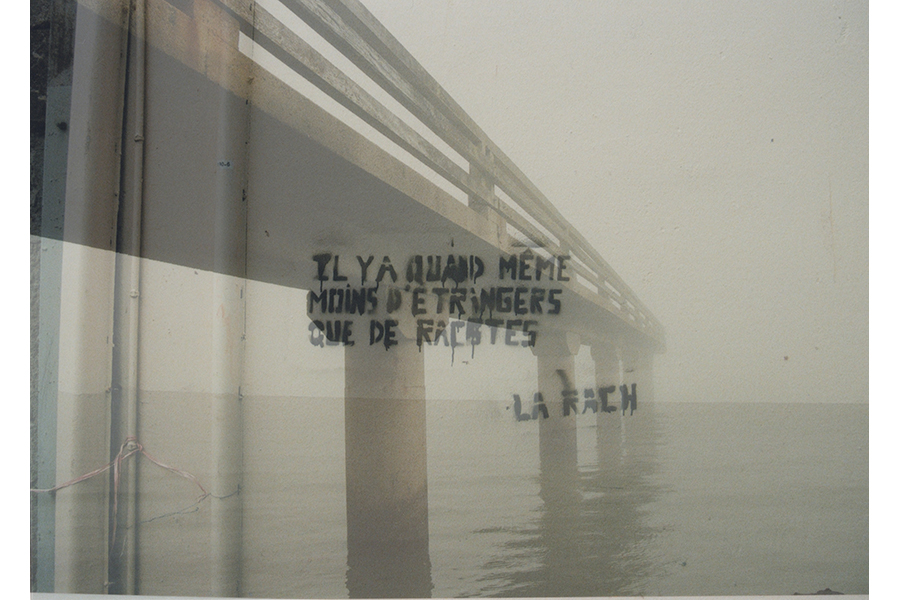 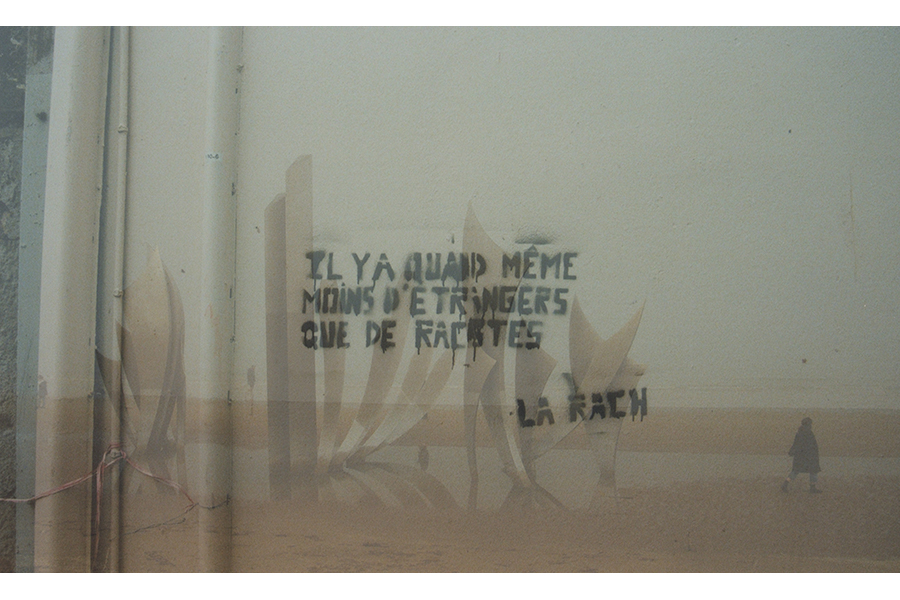 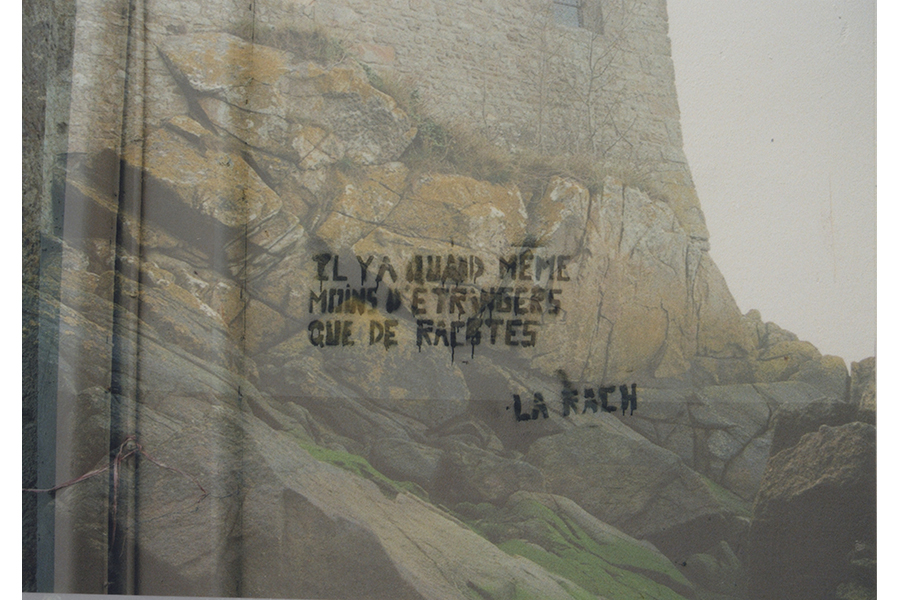 “On the Dean’s Honor Society trip to Normandy, France, I took film photographs on a 35mm camera of cathedrals, cemeteries, museums, and the coastline. The weather was overcast and imbued these spaces with a haunting emptiness of a history cemented in a distant past. Though sobering, even the World War II American cemetery felt like a static entity of remembrance. History seemed further from reality than we might want to recognize.

The places we visited were marked by a tourism of violence: the square where Joan of Arc was burned at the stake, the D-Day beaches, and Pointe du Hoc with its overgrown bomb craters. In the village of Granville, I came across graffiti that read: ‘IL Y A QUAND MÊME MOINS D’ÉTRANGERS QUE DE RACISTES,’ which translates to ‘There are still fewer foreigners than racists.’ By overlaying this image on more conventional sightseeing photographs, I aim to create double exposures that strike a tension between history and memory, merging the past with the tumultuous political present.”—Mackenzie Leighton