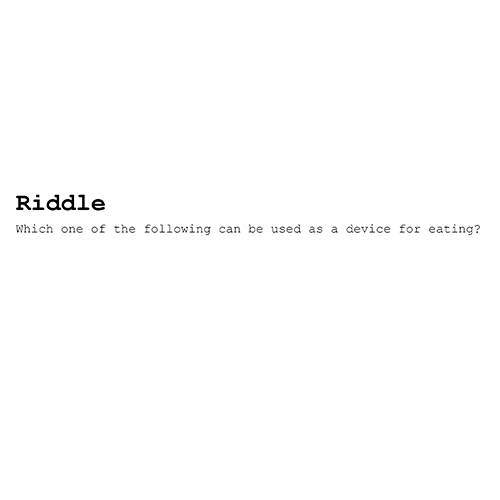 Is something only what we say it is? Which one of these items is the real thing? This project is based on Joseph Kosuth’s project One and Three Chairs, in which, we see the same thing (a chair), in three different forms. “Perhaps all three are chairs, or codes for one: a visual code, a verbal code, and a code in the language of objects, that is, a chair of wood. But isn't this last chair simply . . . a chair?” (The Museum of Modern Art). While looking at it, we ask how the photograph and definition function differently from the real chair? Two things describe the chair, and the other thing is simply a chair-- the “real” thing. Conceptual art is supposed to be an inquiry on the nature of art, and in my piece, I wanted to question and poke fun of this idea and the idea of the “real” thing. I find the idea of conceptual art confusing, but also fun and fascinating, like a riddle, so I wanted to play on this idea. Conceptual art can sometimes be a little “ridiculous”, a little game-like, and so I wanted to take this into consideration. Which one of these things can be implemented and used for eating? All of the images in some way depict a fork, spoon, or knife. The answer is none, especially because they are being viewed on a computer screen. They are just depictions of the real utensils.