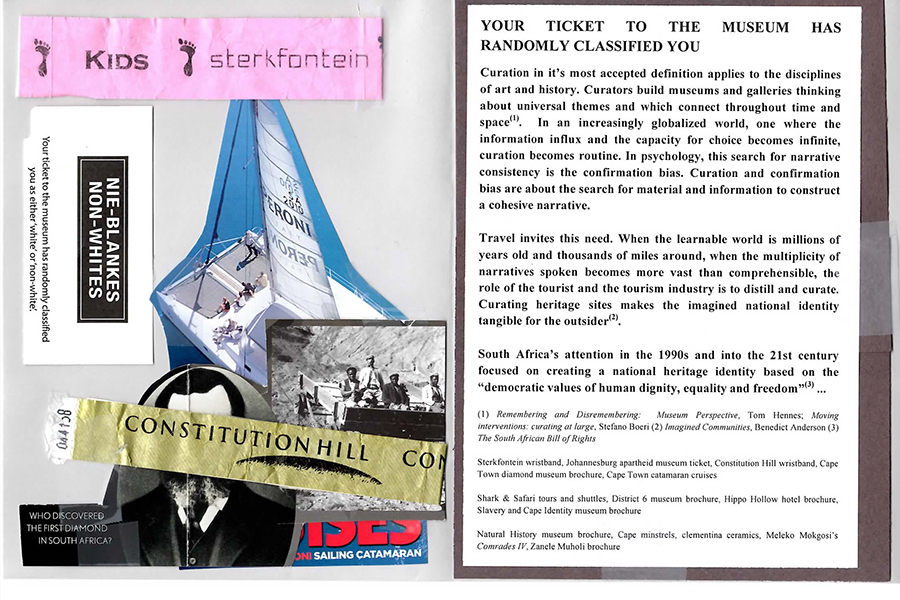 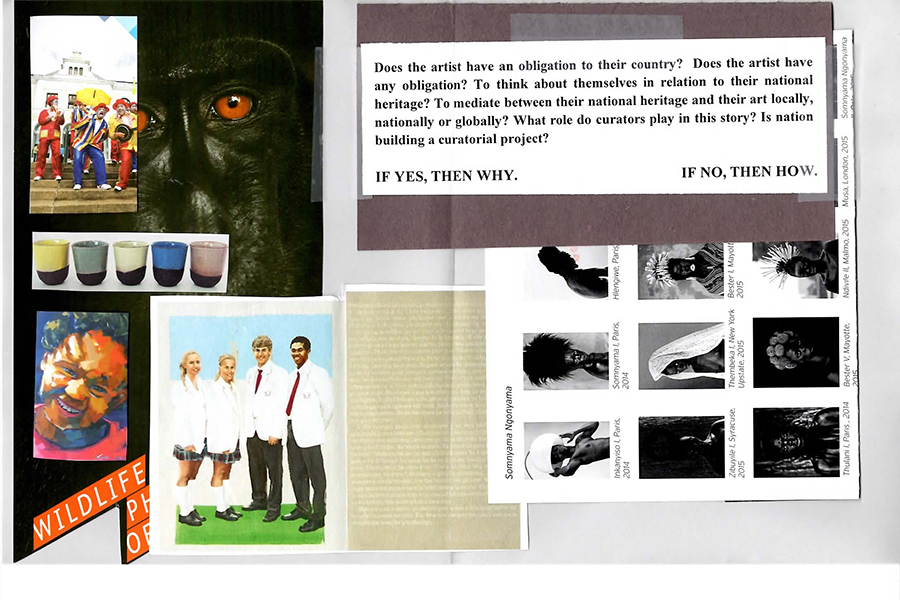 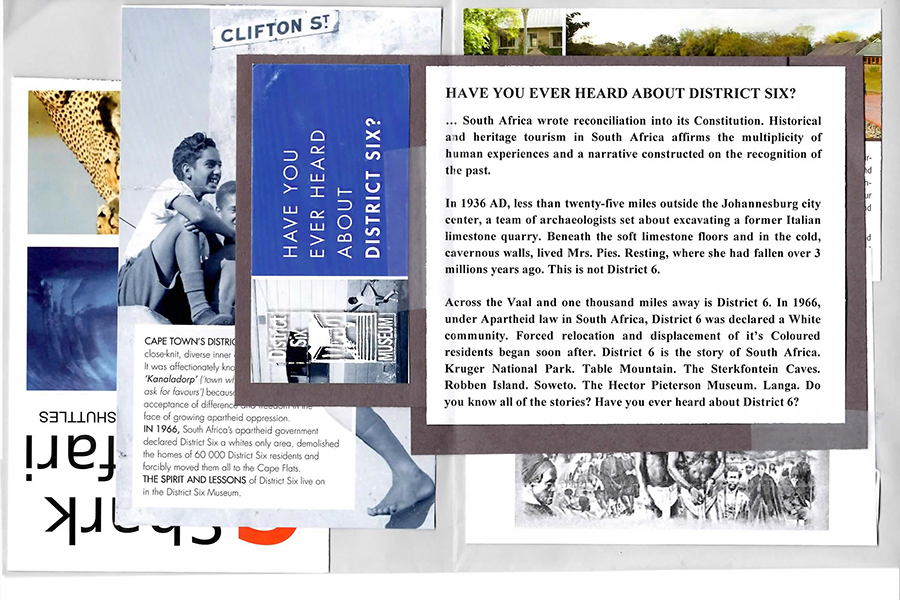 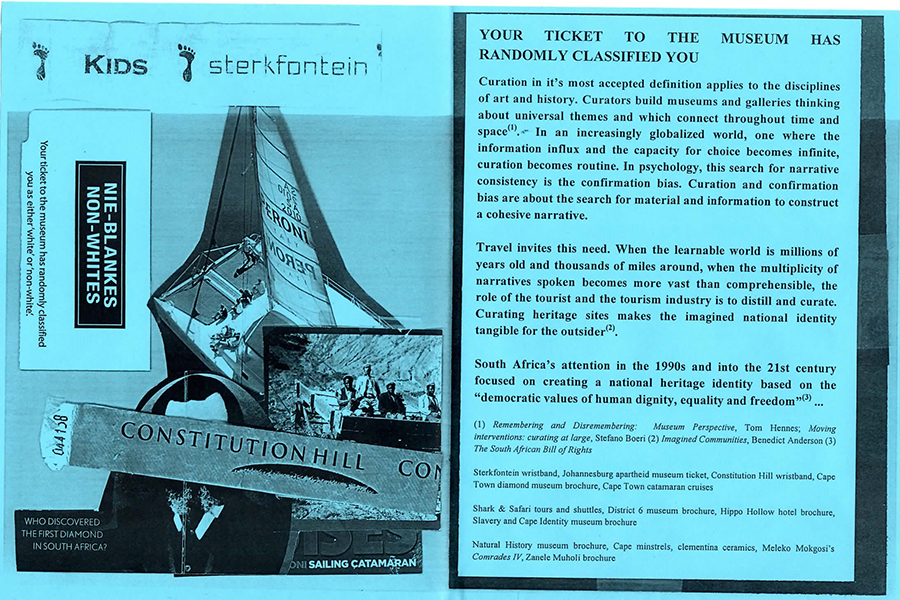 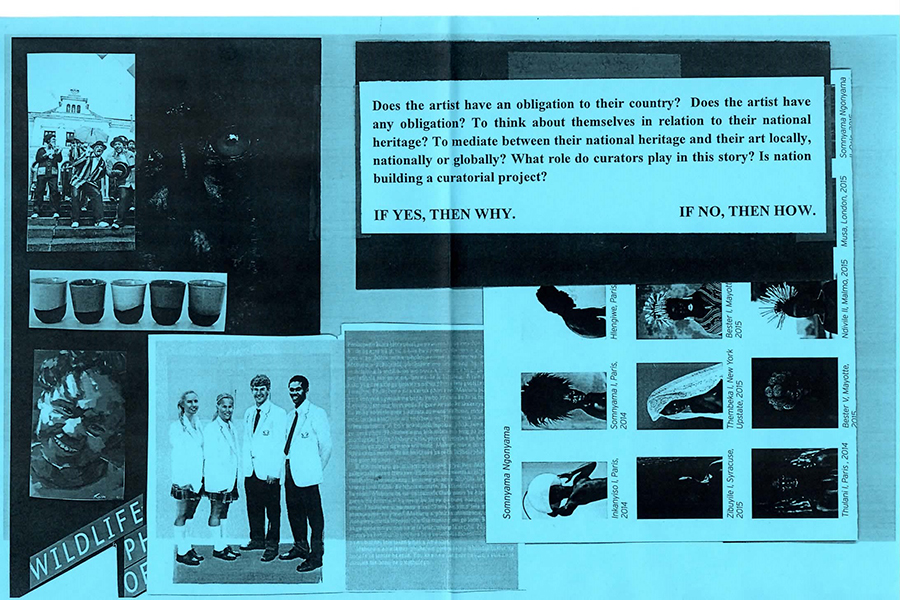 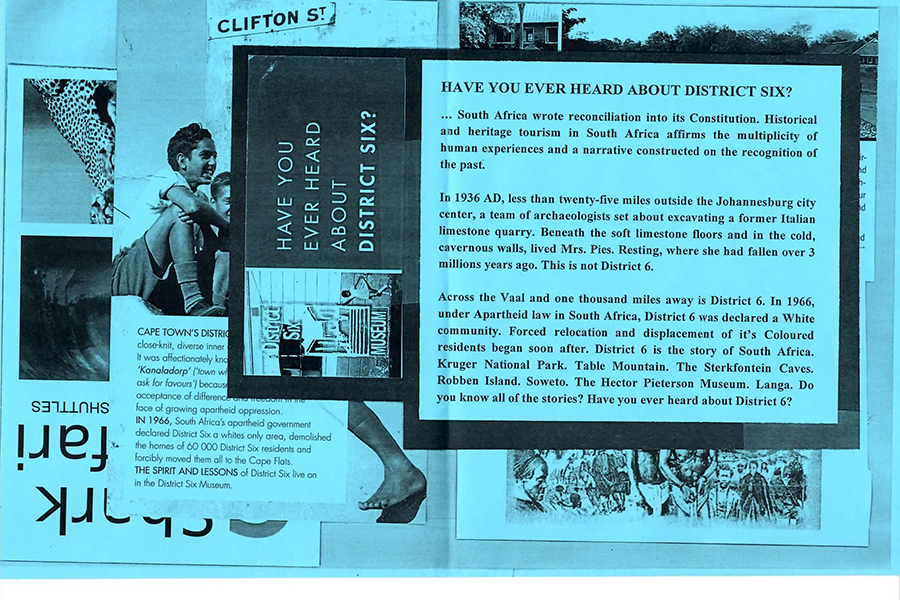 “In ‘ZARzine,’ I play with the idea of a scrapbook. When travelling, instead of taking pictures, I like to collect a paper trail. Tickets, brochures, menus, maps, receipts, currency. Immediately, it was evident that any scrapbook I would put together would not be of pictures, but rather my paper trail.

Speaking in South Africa with artists and activists inspired me to think about alternative forms of media production. The zine, which is a direct reaction to mainstream publications, offered a platform for me to compile my paper collection and consider the questions they present. All experiences are curated, and the experiences you can have in any place at any given time are informed by not only your social location, but also the contexts you seek.