In this piece I am responding to a lecture from Lord Michael Wills, a former top adviser to Tony Blair, who described the problem of the UK’s fragmenting identity—a problem that he was never able to address while in government. I decided I would give it a go through a marketing campaign similar to previous efforts such as “Cool Britannia” and the strategies used during the recent Olympics. Using the methods of advertising, I researched and wrote a creative brief on how the UK should rebrand itself in light of its current identity crisis. I then translated this creative brief into a poster influenced by British propaganda from WWI, WWII, and the Cold War, which I observed at the Imperial War Museum in London. By contrasting the creative brief and the posters, I explore the process of modern nation-building through corporate branding. 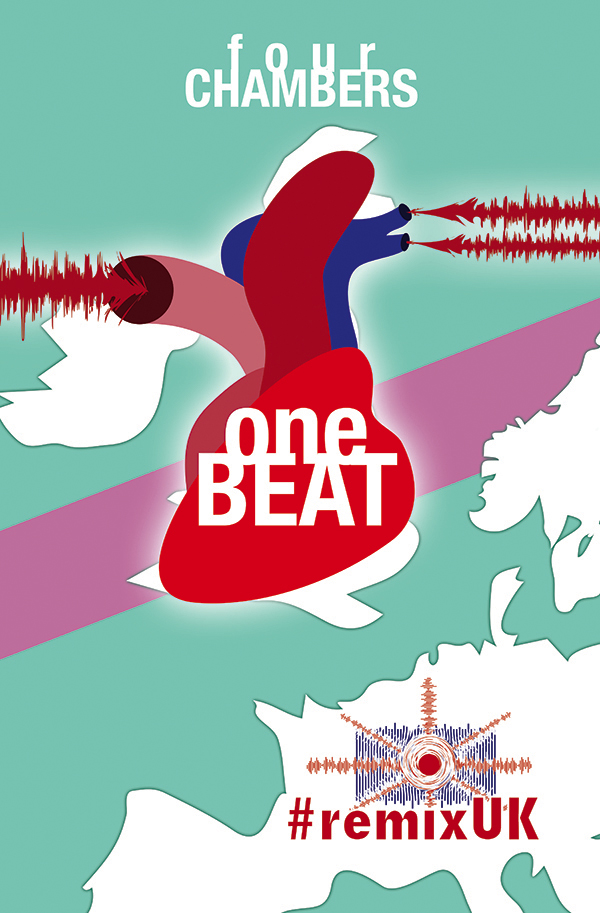 Create a new national identity for the United Kingdom

The United Kingdom is currently facing an identity crisis. Scotland nearly succeeded by referendum this past year, and around 60% of citizens refer to themselves as only English, Scottish, or Welsh instead of British. After the dismantling the British Empire in the mid-20th century, the incentive to remain a United Kingdom has declined. Slowly Parliament has devolved more and more power to regional governments to appease local populations. Fortunately though, the youth and immigrant demographics in urban centers are more and more referring to themselves as British as these old ethnic groups no longer apply due to intermarriage.

The #remixUK campaign will solidify a British identity by appealing to this British youth through music and their mixed backgrounds. Living in a postmodern, global world, people have become increasingly skeptical of national narratives that are often too exclusive and contested. This campaign intends to remix the many identities within the United Kingdom into something that sounds much better than the original. Like British music has evolved due to many internal and international traditions, so too has what it means to be British. Through an integrated marketing campaign, the citizens of the United Kingdom will be encouraged to remix what being from the UK means to them. British artists, musicians, and DJs will be invited to remix the sound and look of Britain by synthesizing influences like English, Irish, Welsh, Scottish, Indian, Jamaican, and French. On social media anyone can share their idea of Britain using #remixUK to organize a national conversation.

Instead of telling people what it means to be British from the top down, this campaign invites the British people to share the both good and a bad of being British. This mix of voices both online and off will allow Britain to envision itself as the diverse, global nation it has become.

“#remixUK” was created in response to “English Culture and Politics,” a trip to London with the Dean’s Honor Society in 2015. A version of this piece is forthcoming in Mosaic.