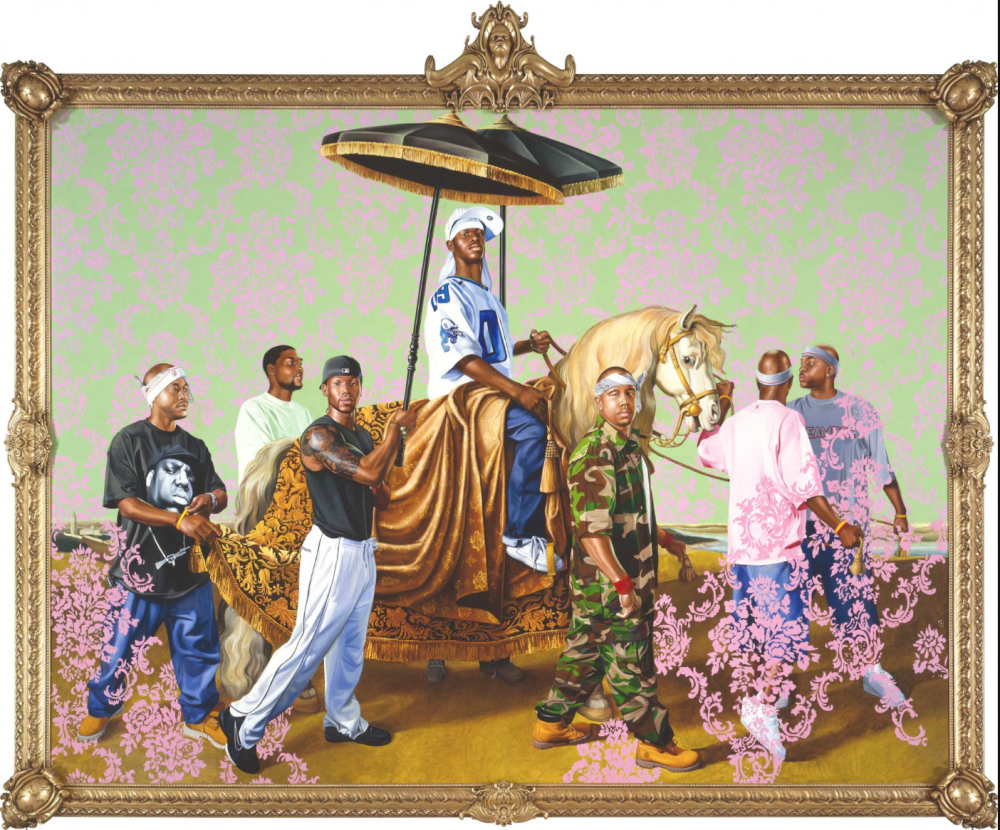 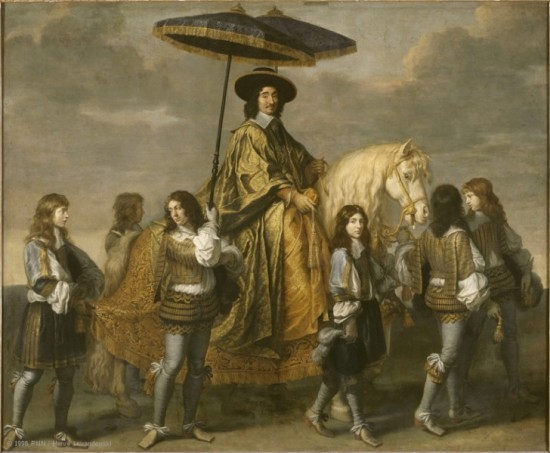 Art has the ability to subvert and uplift. Art is often a reflection of the artist’s worldly perspective. Kehinde Wiley, a New York-based painter, uses his pieces to discuss the ways in which society marginalizes people of color and offers a new way to interpret black and brown bodies. In The Chancellor Seguier on Horseback (2005), from the Rumors of War series, black men become the subjects of traditional war portraiture. Through his reworking of war portraits, Wiley renegotiates traditional displays of power and demonstrates that black male bodies can possess power.

Traditionally, portraits were used to demonstrate the power and influence of the subject. European portraiture, especially during the Renaissance, focused on the power of the individual. The competency of an individual is often accentuated in war portraits, as they are used to commemorate the accomplishments made on behalf of a country. With the rise of capitalism, the clout and affluence of someone was noted by the objects in the portraits. These objects, such as maps, instruments, and books, helped inform the character and values of the person in the painting. As the creation of a portrait is expensive, aristocrats and the church, for the most part, were the only entities financially able to commission an artist. As such, the genre of portraiture has, historically, been a moneyed, white art form.

Kehinde Wiley uses the traditional format of sixteenth and seventeenth century portraiture as the foundation for his art; however, Wiley fuses the traditional with elements of black American culture. Wiley’s The Chancellor Seguier on Horseback, is a remake of Charles Le Brun’s portrait of the Chancellor Pierre Seguier, who was the Chancellor of France from 1635 to 1672 (Louvre). In Le Brun’s painting, what is accented is not “a warrior nor a conquering hero, but the pomp and grandeur of an enlightened man of state” (Louvre). This is significant, because the painting alludes to the atmosphere of war, however the subjects do not adopt the affects of war. In both Wiley and Le Brun’s versions, the chancellors are surrounded by eight pages. Across both paintings, the posture of the attendants is identical. dress in Le Brun and Wiley’s paintings is meaningful. The pages in Le Brun’s work are dressed in traditional court attire of the seventeenth century. Their garments evoke a feeling of grandeur and exclusivity. The men in Wiley’s work wear casual, “urban” clothing, which illuminates their status. Wiley is known to draw inspiration from people he meets in Harlem. There is a certain aura of commonness about Wiley’s subjects. However, his subjects are lifted out of their normalcy. Wiley forces the viewer to regard these men as dignified as he shifts the source of influence from the elite to the common people.

By placing black male bodies into the classic framework of portraiture, Wiley is asserting that there is something inherently powerful and noteworthy about blackness. Black bodies in America have been stripped of their power, historically. Be it physically or emotionally, the power that lies in black bodies has been rendered threatening, insignificant, and invisible. Wiley offers a new lens through which blackness can be seen. Wiley elevates the black male body by placing it on a horse. He is lifting the black male body away from the oppression and violence it faces and into a space of regality. These male bodies assume the postures of royalty. Wiley suggests that black male bodies are not inherently threatening, but rather intrinsically beautiful and powerful. In “Apparel oft Proclaims the Man,” Bella Mirabella discusses the ways that clothing informs personality, particularly theater. She states, clothing “is not just a pretty outer shell; it is their very personality” (Mirabella, 111). The notion of clothing as a protective shell is important even outside of the theater, particularly for black men. Historically, black men, especially in urban environments, have used clothing as protection against the environment and others. The power of clothing is evident in hip hop, as it was used to reveal one’s birthplace, beliefs, influences, and self-regard. Additionally, by dressing the figures in the painting in common clothes associated with hip hop culture, Wiley is asserting that there is power in black art forms. The man on the far left is wearing a shirt emblazoned with an image of rapper The Notorious B.I.G., who is heralded as one of the most prolific rappers of all time. This is significant not only because it pays homage to an artist that made great contributions to black culture, but also because it is another subtle reference to those that have used their voice to change the way that black art is received. Wiley forces his audience to widen their frame of reference about which bodies possess power in America.

Patricia Yaeger’s “Black Men Dressed in Gold” offers a lens through which Wiley’s work may be analyzed as it places Wiley’s work within the context of the Neo-Baroque style. Yaeger states that “the America Neo-Baroque is not a mimicry of the European, but, rather, a creative mode in which Old World styles an acrecentados—cultivated, mutated, grown, waxed—into New World forms of expression” (Yaeger, 14). The influence of Baroque style, which became popular in the seventeenth century, may be seen in the gilded frames that hold Wiley’s and in the ornate floral patterns. Wiley’s work uses the rich colors and intricate curlicues of Baroque paintings, but through his introduction of bright colors and layered ornamentation, a “dizzying interpretation of the past and present” is achieved. (Yaeger, 14)Wiley’s work is an interpolation of traditional Baroque art and his innovative, fresh technique.

Wiley’s work exalts the black form while allowing it to remain grounded in black culture. I find Wiley’s work striking as charges the viewer to reconfigure the way that they gaze upon black bodies. This notion is significant, especially today, as perceptions about black bodies can determine life or death. As black lives are rendered dispensable, Wiley’s efforts to uplift the black body are invaluable.