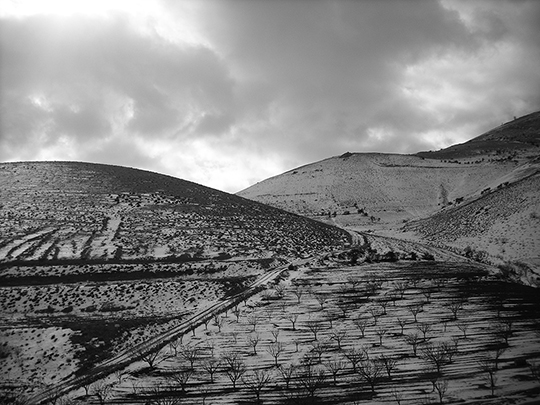 Occasionally I catch a whiff of a stranger’s jasmine-scented perfume on the commuter train or while weaving my way through a crowded street, and it brings me back to my humble district of Damascus, Midan, Syria. I am able to recall with a fierce vividness the jasmine vines that push their way through the crumbling façades, just as I am able to recall the texture of the walls of my grandmother’s building where I would trace my fingers, making my way to her door. That simple scent can send me into a whirlwind of memories. I cling to these memories dearly, for they serve as artifacts, establishing a previous experience as a truth.

It has only been a couple of months since I returned from Damascus to my suburban home in New York, yet I already feel these artifacts slipping away as the layers of my mind become increasingly hard to excavate. The inability to bridge my current life to my life in Syria has given my memories a fuzzy quality. I try to conjure up the intensity and passion that I felt while in Damascus, but Al-Jazeera reports cannot compare to the experience of watching a revolution unfold.

There is a tangible presence to oppression. It is felt in the air, a sort of thickness similar to that of a humid summer day. It is a discomfort visible on the faces of strangers on the street, a common tension binding the laypeople together. Along with the suffocating presence of oppression came a boiling frustration. I was asked time and again upon my return whether I was afraid to have been in Syria during such a brutal period. The truth is fear becomes an irrelevant emotion in the face of oppression, swept aside to allow frustration and anger to take over.

While oppression is far from foreign to the people of Damascus, civil disobedience and the possibility of change had until recently remained unchartered territory. For decades, Syrians have been subjected to a regime built on terror, fake smiles and empty promises. I have visited Damascus numerous times and each trip has been marked by a different form of political and social injustice, ranging from Internet restrictions to having a relative thrown into jail. Despite the never-ending complaints and struggles discussed behind closed doors, rarely did anyone dare to speak out against the regime. The threat of the dreaded mukhabarat (secret police) lurking at every corner was far too great.  However, on this trip I witnessed the breaking point, the point where the people’s desire for justice became greater than the instinct to stand by silently in fear.

It seems that everyone—from international leaders to political analysts—is obsessed with pinning down this very breaking point, the point that triggered the phenomenon now known as the “Arab Spring.” While this uprising can be attributed to devastating economic conditions, oppressive regimes and the lack of basic human rights, the roots of the movement sink straight to the core of human nature. I believe it is the very denial of self-dignity that pushed Arab activists, young and old, to finally join together to send a message loud and clear: khalas, enough is enough. 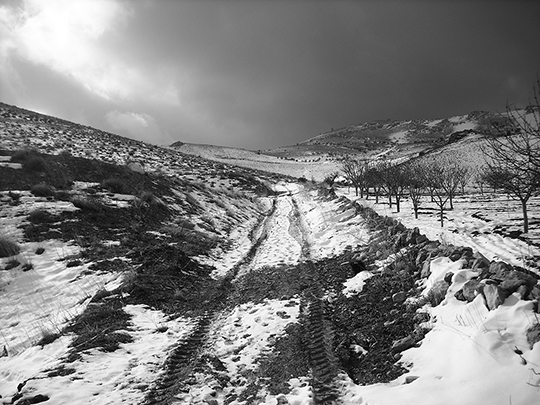 When a group of children from Deraa were captured and tortured for writing a popular Tunisian revolutionary slogan in a public space, the people of the small town were effectively denied their self-dignity. When the people took to protesting in a peaceful and nonviolent manner against this injustice, the Assad regime met them with tear gas and armed forces, causing hundreds of deaths. Consequently, the Assad regime created an aura of despair so strong that Deraa’s people no longer felt they had anything to lose. Heads inflated with rage and feet restless for freedom, they spilled out into the unprotected streets and sparked a fire that spread rapidly throughout Syria in the following weeks.

I arrived in Damascus just as the fire of the revolution was starting to spread. I spent the summer listening in on secret meetings, peaking behind draperies to watch innocent men beaten with electric rods, and laughing at the government’s absurd propaganda. I listened to the sound of tear gas bombs igniting over lunchtime meals and obliged when I was forced to show personal identification at randomly placed checkpoints. I saw what they saw, heard what they heard, and felt what they felt. I agonized with their troubles, cursed the government, and worried when a family member was placed behind bars. I engaged in heated debates with supporters of the Assad regime and became increasingly sad about the division growing within Damascus. For two months I was a full-fledged Syrian.

Yet only now, months after my brief dance with the Arab Spring, can I reflect upon the severity of the conditions I experienced. I discovered the resilience of humanity and its capability to persevere despite the harshest of conditions. To date, over 3,500 Syrian civilians have been murdered in the crusade for freedom and justice, and hundreds more have been imprisoned and tortured. Despite this, and perhaps, because of this, Syrian activists continue to fight for their right to dignity. 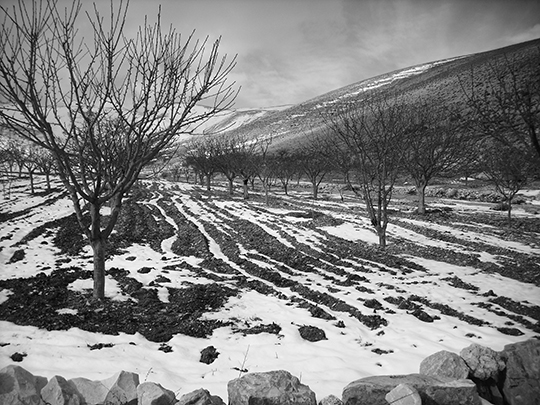 Rhonda Khalifeh wrote this piece about her experiences in Syria in the summer of 2011. The accompanying photos were taken by Khalifeh in Rankus, a village in western Syria. This piece was originally published in the Journal of Global Affairs.