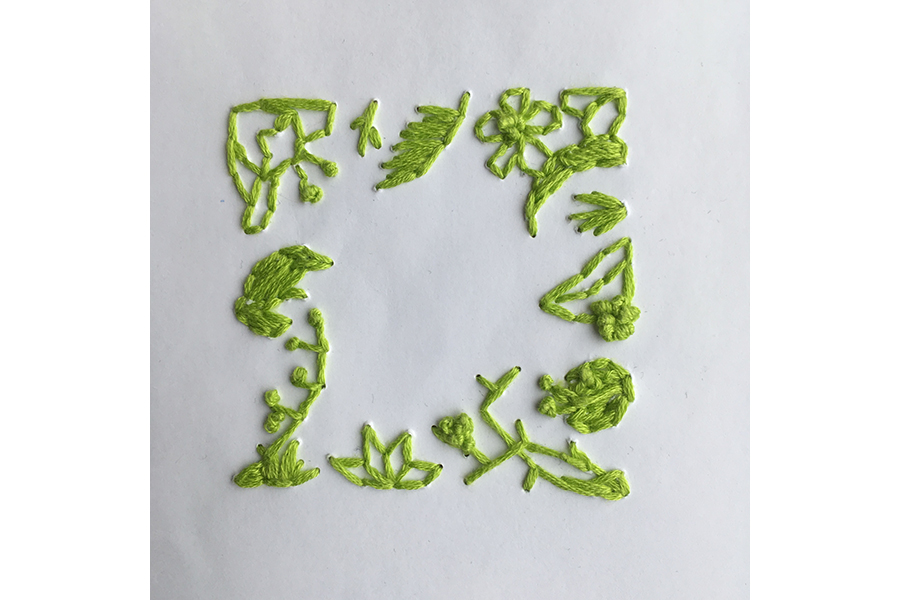 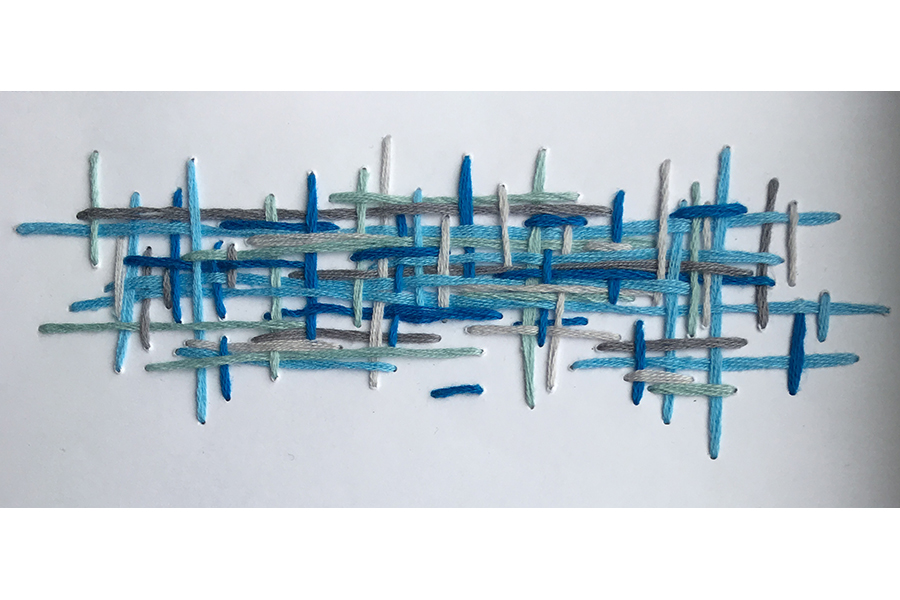 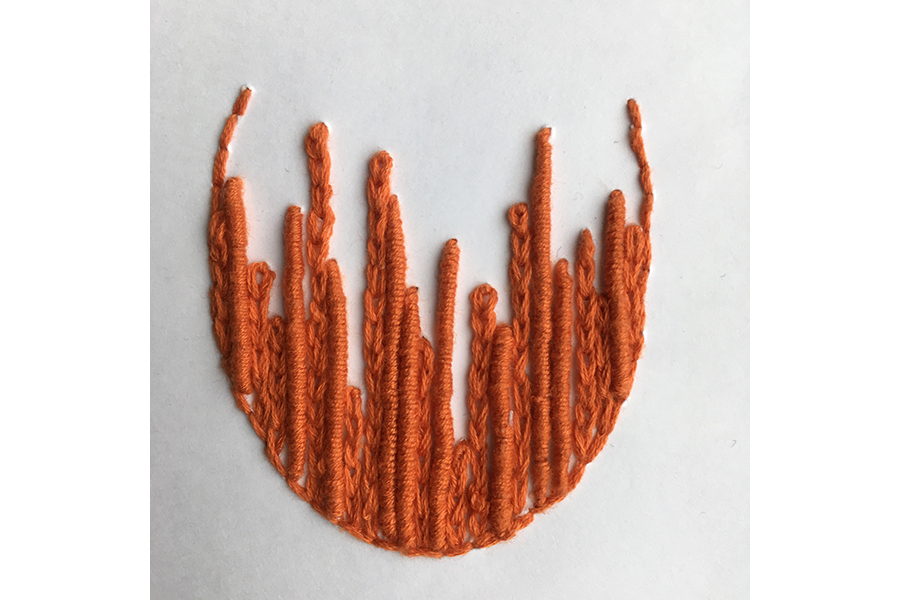 "'Cross(cultural)-stitch' was realized as a means to process our travels in the Pacific Northwest. What was brought along as a fun artistic outlet to pass the time on long bus rides became a poignant mechanism through which to think about and engage literally and symbolically with the themes of our study. Embroidery is my own form of weaving—a motif that arose in many ways during this trip.

The first piece was more literal, a representation of the scenery I encountered and a manifestation of the awe and appreciation I had for the environment surrounding me and the juxtaposition of Washington’s greenery against the gray of New York City that I’d just left.

I’d brought along some blue embroidery floss, knowing I’d be seeing some beautiful ocean vistas as we ventured to Neah Bay and then Vancouver, and I was ready to let that move me. It was later though, while admiring the incredible weaving exhibit at the Museum of Anthropology at the University of British Columbia, that I was inspired by a colorful, elaborately patterned blanket. A Squamish weaver quoted on the nearby plaque described it: “I’m looking across the top of the blanket. And all of a sudden it starts moving around and it looks watery.”[1. Chepximiya Siyam [Janice George] Skwxwú7mesh.] I loved this visual and the connection to nature that is ingrained in these practices—a response to the environment in which they are created but also a weaving together, conceptually of its meaning into their livelihood. I wanted to think about what that would look like in the medium I was working with, having already been inspired by a watery landscape. Embroidery was my form of weaving together my experience, and was a theme that was woven throughout the trip. My loom was a piece of cardstock, and my warp a needle. I created the second piece by slipping my needle over and under already woven strands, making something larger and interconnected out of fragments, much as I made connections across time, cultures, and space along our travels.

Basketry led me to explore my last creation. Another form of weaving, this practice fascinated me in its connection to the natural world and tradition, not unlike textile weaving. We experienced this viscerally in a workshop with a Makah basket weaver, Deanna, at the Makah Cultural Center. Seeing her passion, the beautiful collection at Museum of Anthropology, and finally, those in Alaska at the Sheldon Jackson Museum. As I tried my hand at creating a coiled basket, the first of that style I’d seen, I thought about equivalent weaving and coiling techniques in embroidery. What would an embroidered basket look like? Responding to this question, and drawing on the forms, shapes, and colors I’d seen along our journey, I created the third piece."—Sierra Decatur

"Cross(cultural)-stitch" was created in response to the Americas Scholars 2018 trip to the Pacific Northwest.