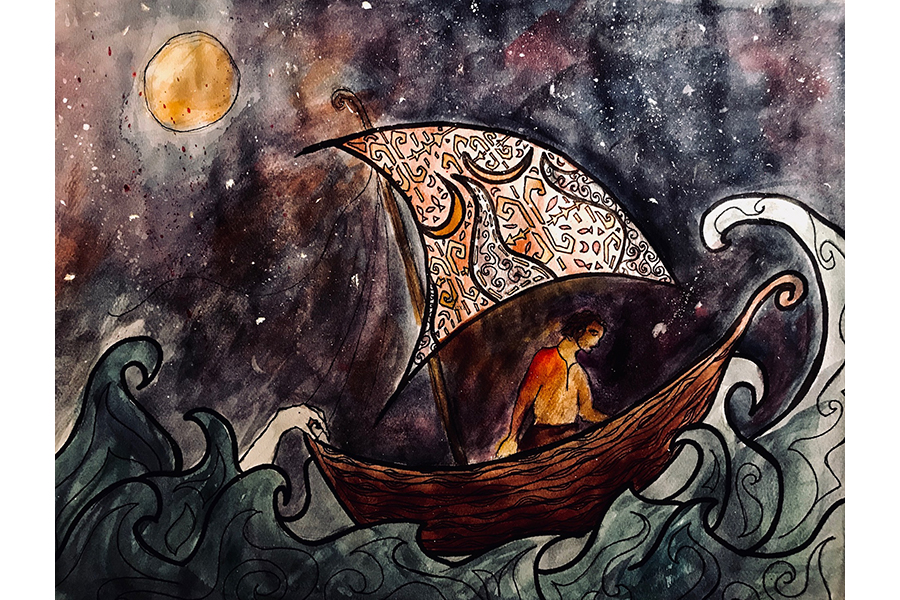 The Malevolent Troll
Out of the murk came a flash of gnarled white, more claw than hand.

Hallgerðr
Her hair wrapped around her like armor. She steeled herself against his pleading glance. 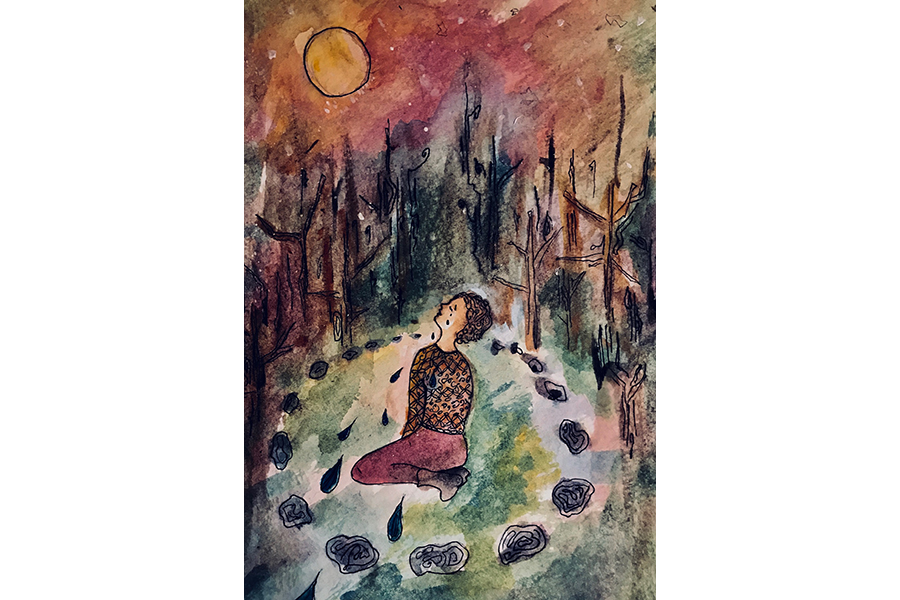 Circle of Stones
And it wasn’t long before he found himself alone, locked in a circle and awaiting the Devil. 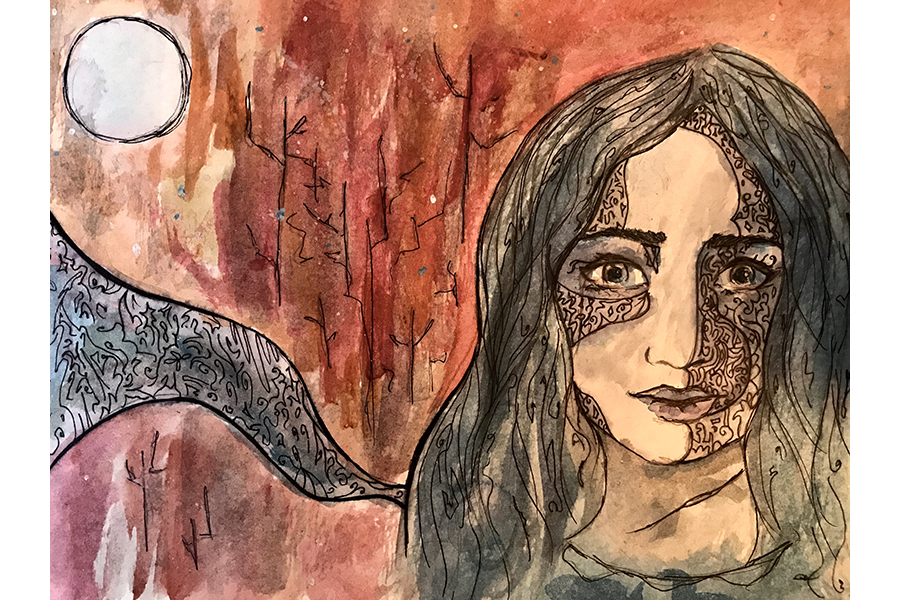 The Curse of the Hidden Woman
Cloaked in blue and trembling with fear, she threatened him with scars.
"My project is a series of illustrations that incorporate traditional Icelandic folklore and some stories we heard while on our trip. They are ink and watercolor drawings, with a style that uses patterns, abstraction, and high pigmentation to evoke fairy tales and dreaminess. They are all nightscapes, as the night in Iceland seemed to almost never actually end. It felt like a constant twilight, and the moon, which was full for the majority of our trip, was brilliantly bright, enormous, and stunning.

The moon, wrapped up in all that generous darkness, had an air of magic and mystery that reflects the rich storytelling traditions of Iceland. Moreover, it was in that darkness that stories were often told—to keep the night and cold at bay—so they feel intrinsically linked.

Each illustration is accompanied by a line or two that gives a peek into the story depicted."—Cierrah Doran

"Kvöldvaka: Evening Wake appears as part of a special feature dedicated to the Dean's Honor Society's 2017-2018 trip to Iceland.