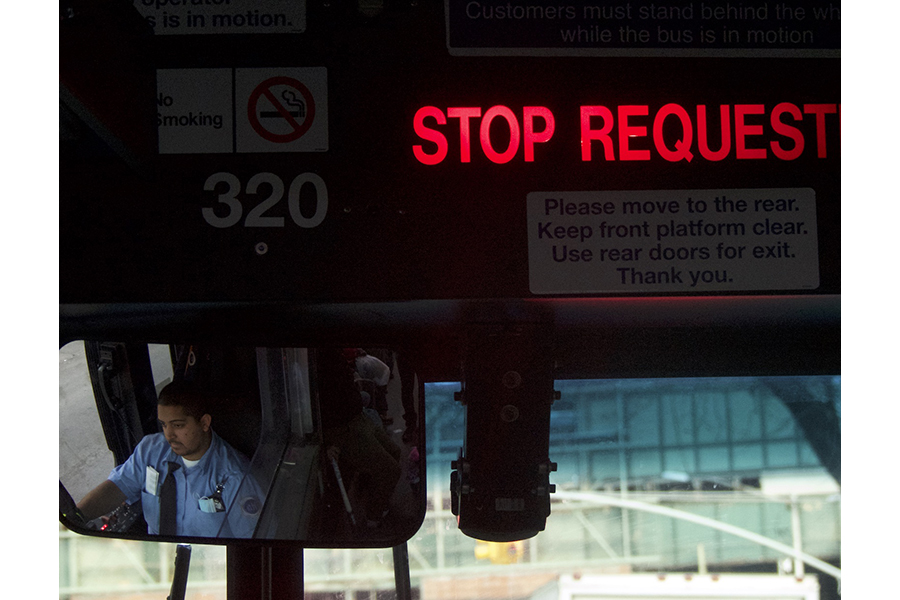 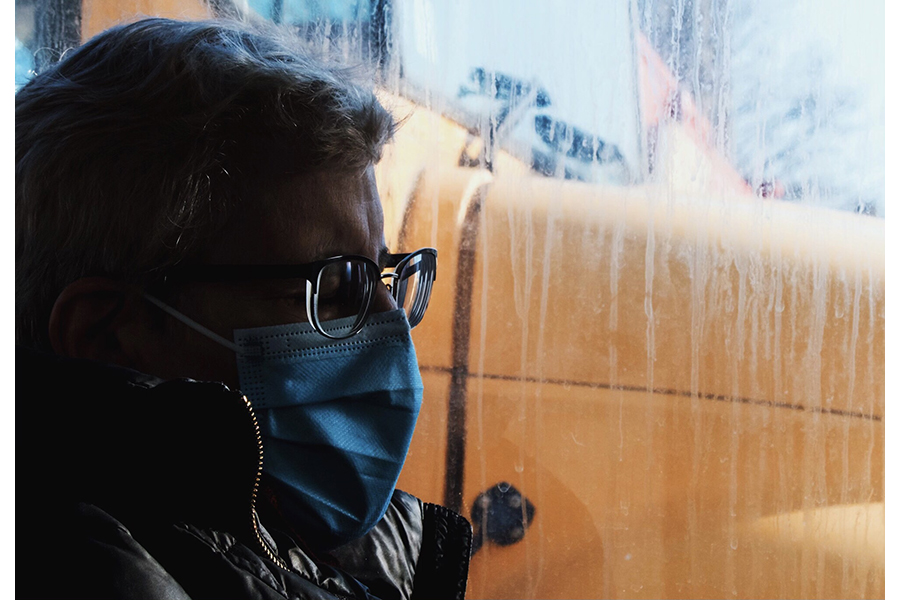 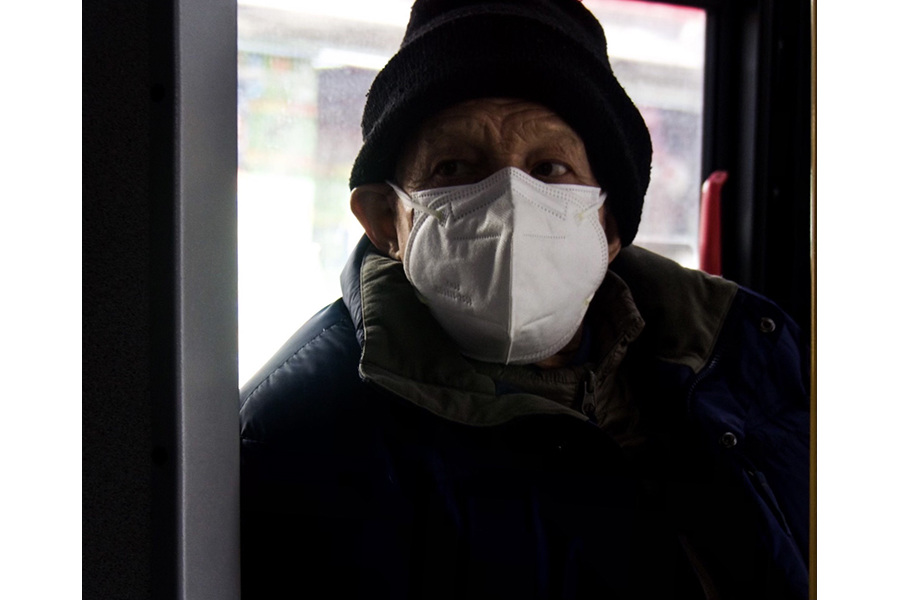 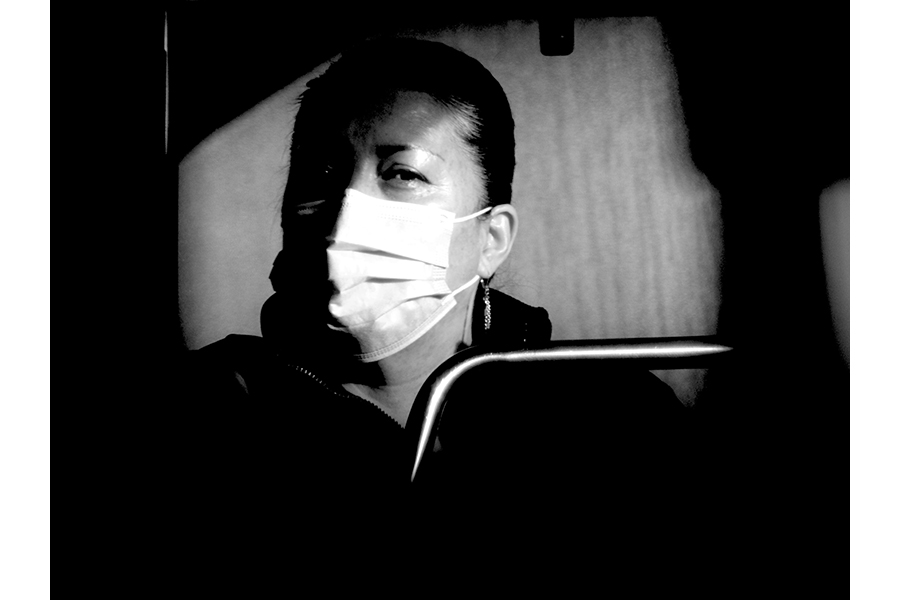 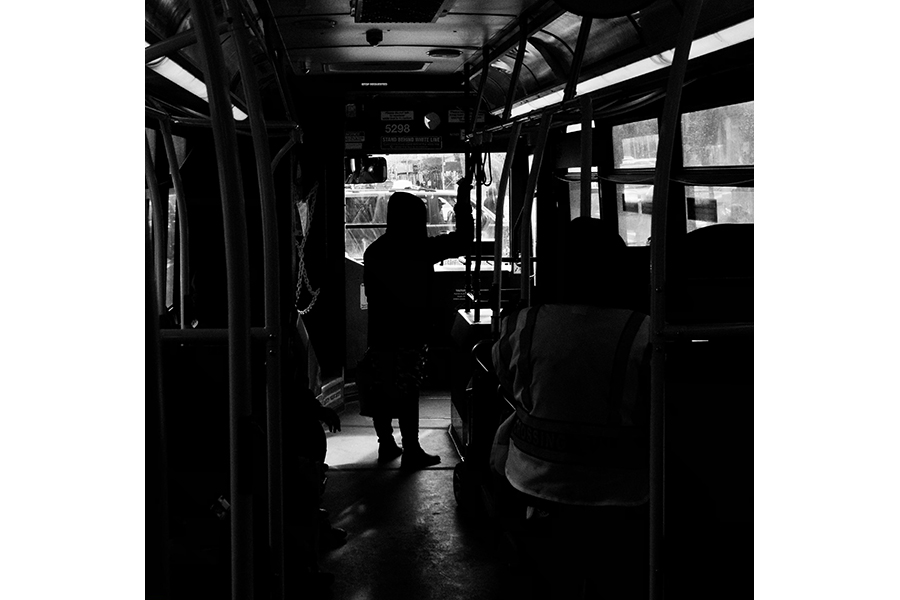 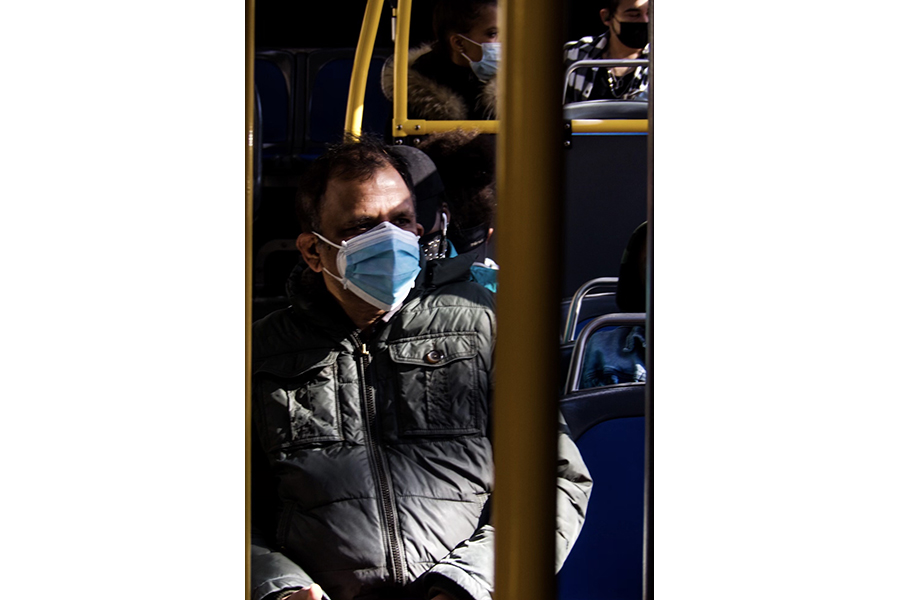 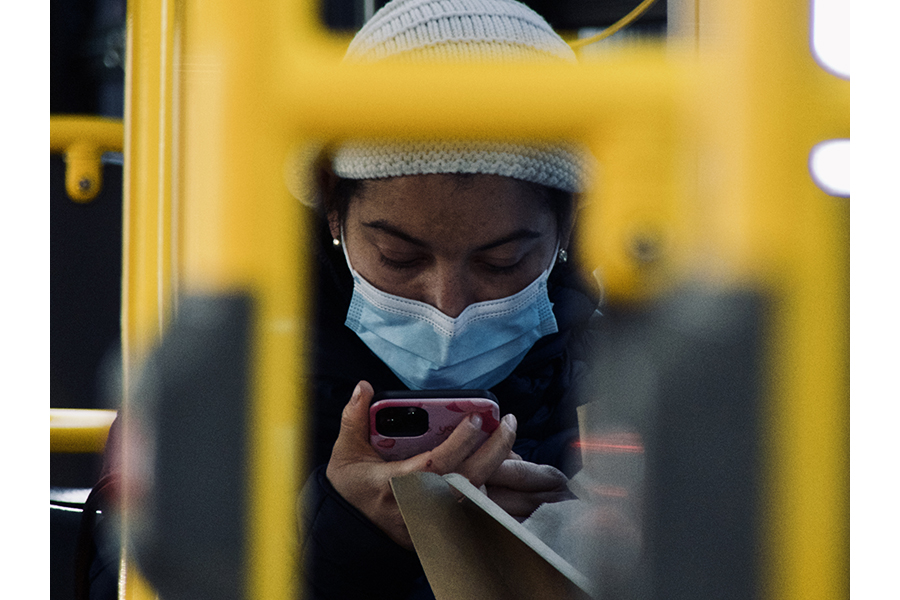 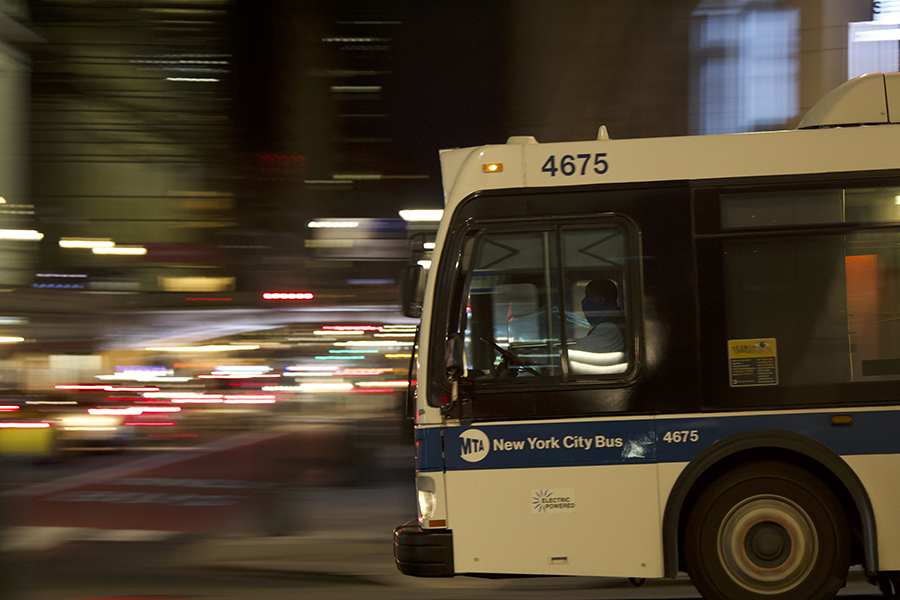 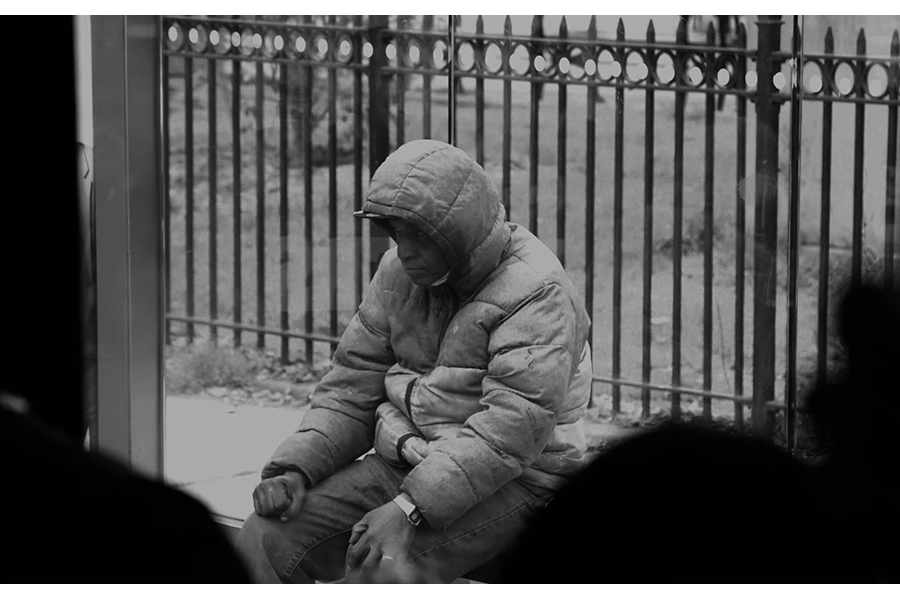 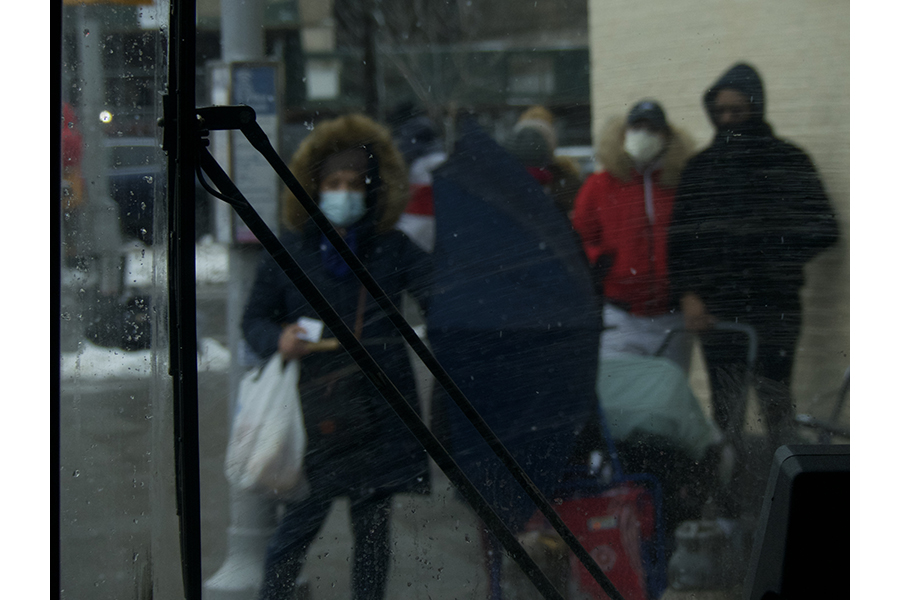 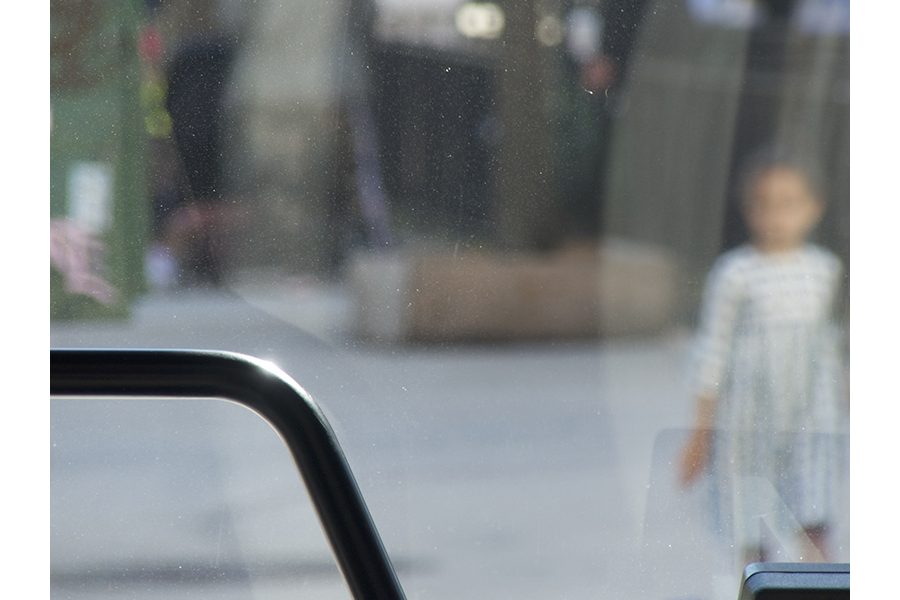 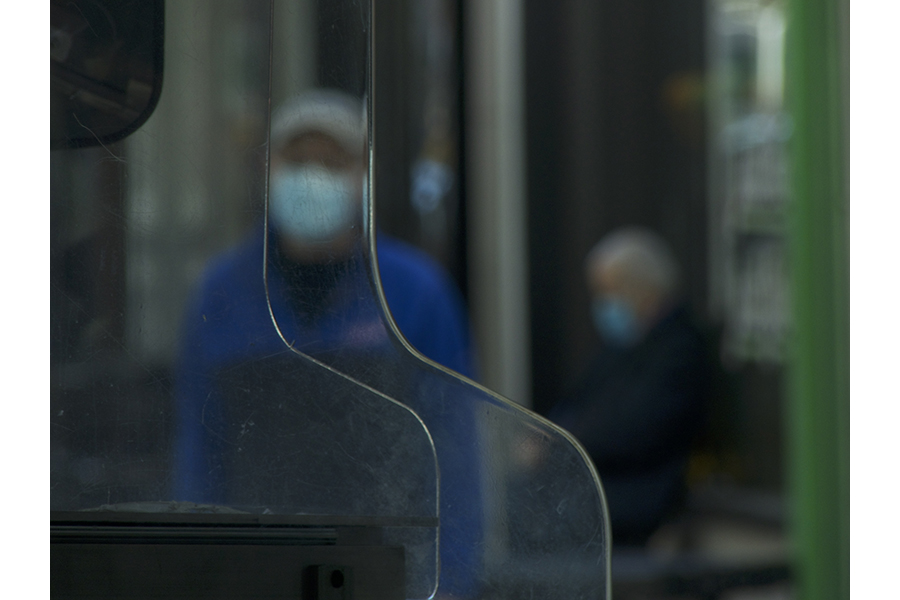 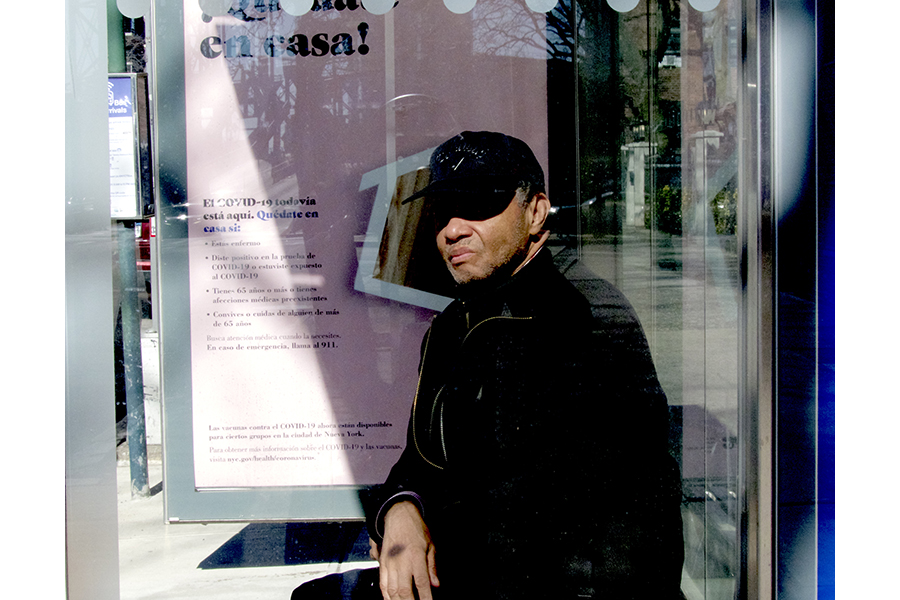 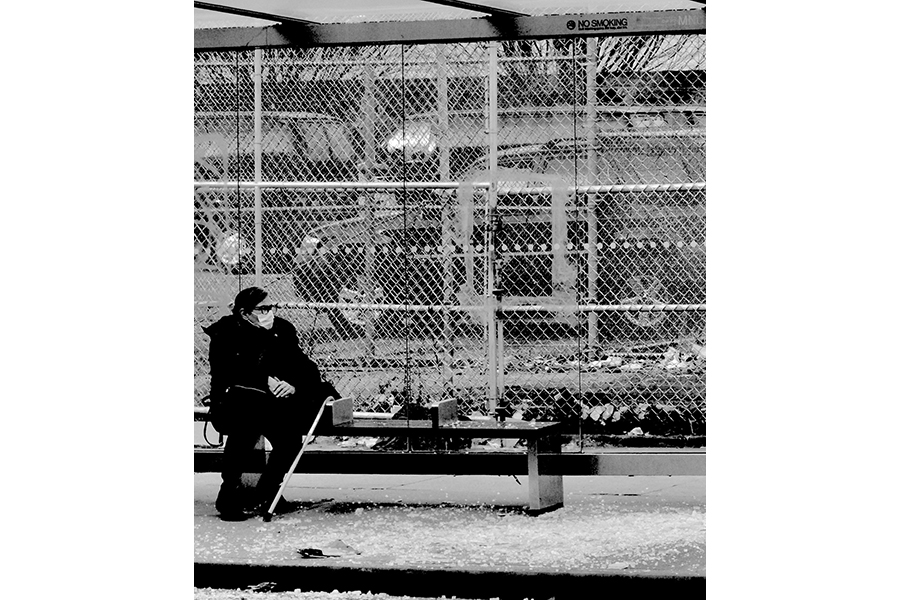 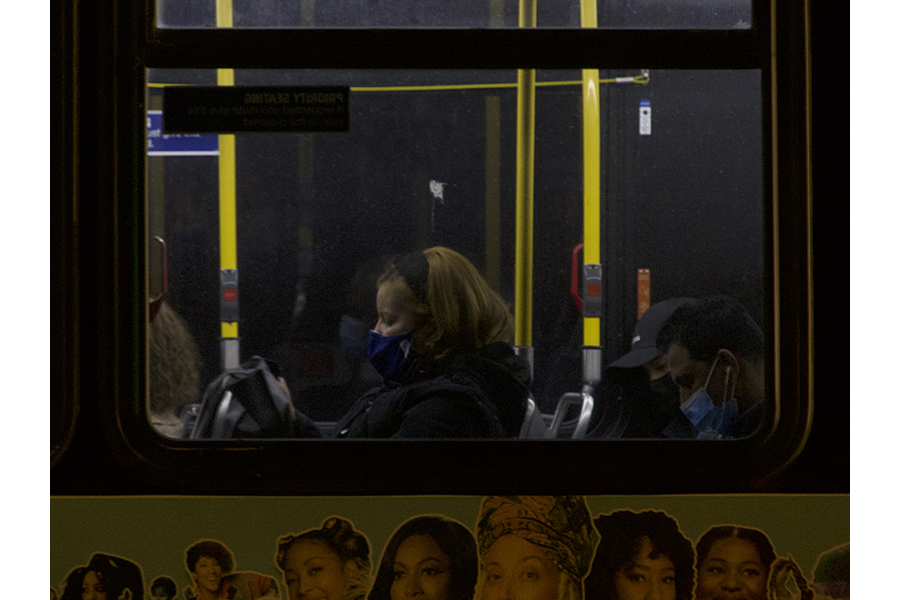 I went into the project of photographing the Bronx, Harlem, and Lower Manhattan bus experience with a vague idea of what I wanted to document. I thought, Since the bus is in constant motion, maybe I can capture the ever-changing terrain that’s seen and witnessed through all the wide windows built into it. At first, I felt torn between documenting the world outside the bus, from the perspective of a passenger and the interior of bus with its constant flow of people coming and going on and off, on and off. I wanted my photographs to pose questions rather than answer them. What is seen from a seating position in a bus? The buildings. The people. The newly built restaurant sheds that narrowed already narrow streets. As an entry-level photographer, I had no solid sense of how to make photographs, so my first set of images didn’t satisfy my creative urge. It was just point and shoot. I captured a lot of portraits. I took a lot of shots of the materials of the bus. The bold yellow poles stood out in contrast to the muted blue seats.

As I gained experience using the camera, becoming familiar with the settings and how lighting worked in this space, I started to get a feel for how to be creative in documenting bus transportation. Playing with the shutter speed, the aperture, and ISO, I realized that the windows, mostly the front windshield, were an interesting and amazing source of light that afforded me opportunities to create silhouettes of people entering and exiting the bus. Shifting the camera to manual focus gave me control over certain details that I felt to be important in the work of documenting the mystery in bus transportation. What is known about the people, besides the obvious, that they use the bus as a means of going place to place? I also enjoyed shifting the camera to manual focus because it gave me so much control over what I was seeing through the viewfinder. Producing a set of slightly blurred imagery kept this theme of mystery I was feeling in traveling on the bus. Desaturating my photos helped to connect me with the gritty reality of bus transportation. Because some people use the bus out of necessity, especially during a health crisis, it often felt a bit tense. Making my photos black and white, I imagine, would help to communicate the gritty feel of this truth.

Overall, this project was about a man’s journey in restoring his curiosity. The slightly out-of-focus images, the noir silhouettes, the close-up portraits of strangers were an attempt to bring to the attention of possible viewers the looming threat of their indifference. What’s at stake when we are no longer curious about one another’s personal stories? What happens to a world when its inhabitants are no longer positively sensitive to the presence of others? These are just a set of questions born through the process of learning how to become curious again.