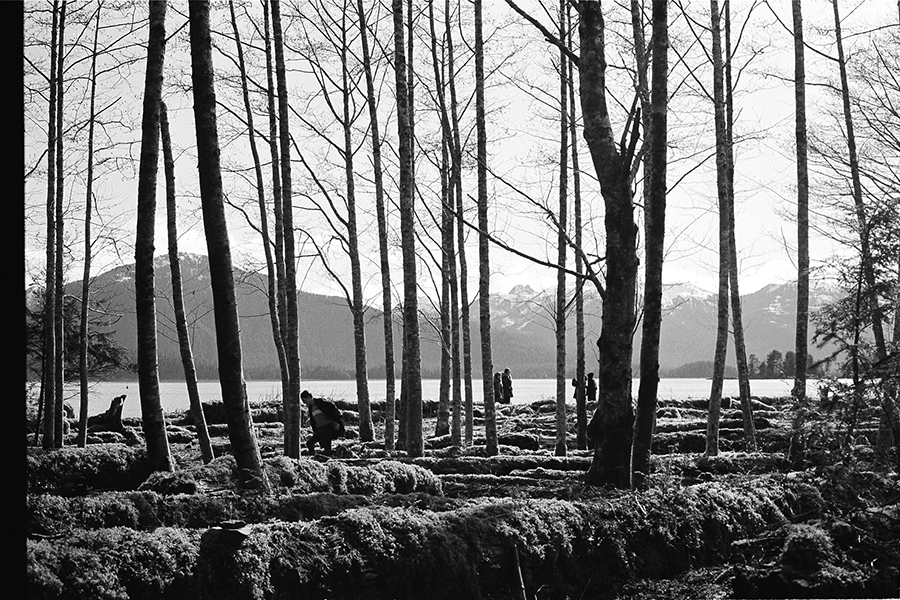 By westward facing windows, one third of Raven/Shark pole lies in wait. The late afternoon sun has begun to stream through, but it provides little warmth. I imagine its surface is cold, slightly moist to the touch. Patiently severed—stabilized—exhibiting the same “cooperative spirits” Tlingit Chief Tom Teh-Gat from Klawock is said to have comported when the pole was “donated” in 1903 to Alaskan Governor John Brady. It was initially carved for Teh-Gat’s wife. Instead, it became “one of the most well-traveled poles” in Brady’s collection, spending much of the early twentieth century at expositions across the United States. It was John Brady’s “foresight” that arrested this pole, and around seventeen others, from decay. These poles, many of which are Haida-carved, now stand tall along Totem Trail in Sitka National Historical Park; some are even “third generation replicas.”1 A replica of Raven/Shark—carved by Tommie Jimmie, Sr. (Náakil.aan, Lingit Aani Kinaa, K’eixíx in 1978—stands outside, too, while its thirds rest inside in Totem Hall.2 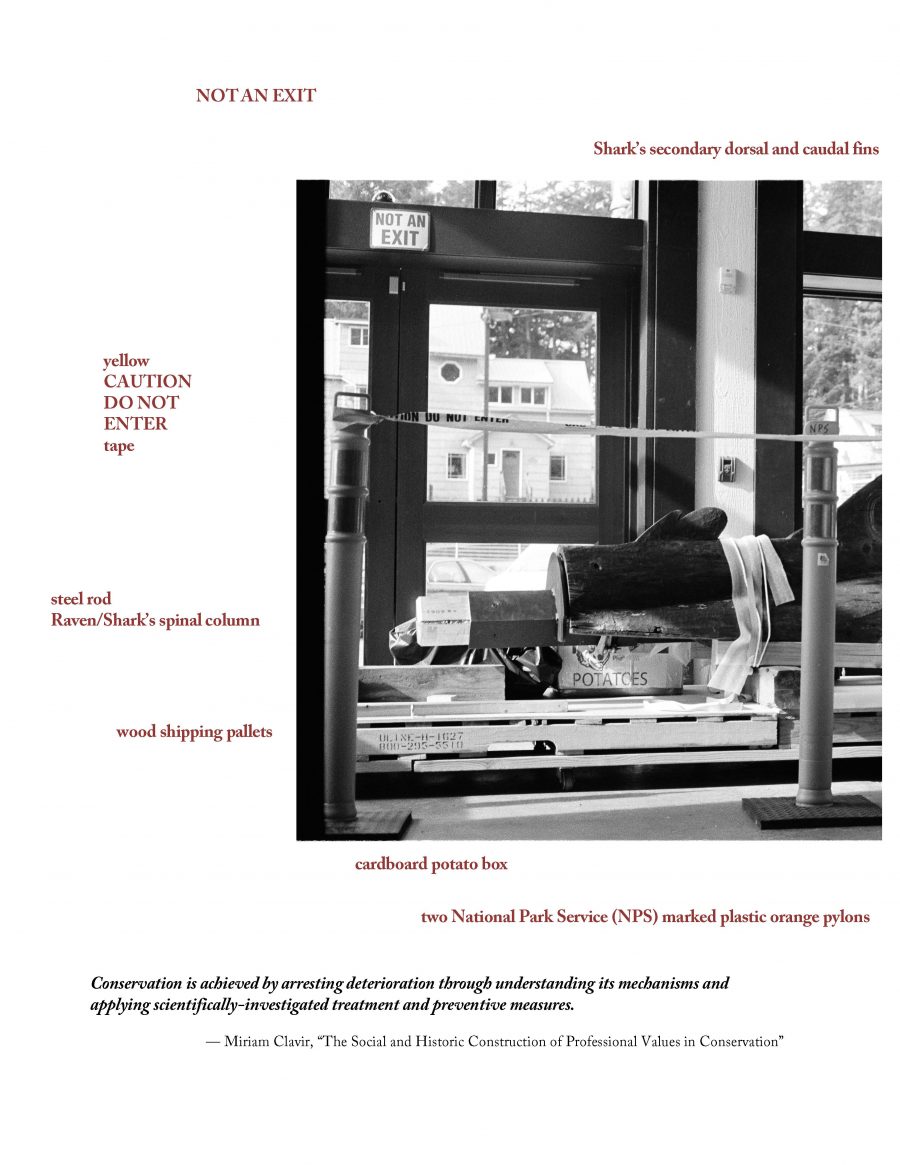 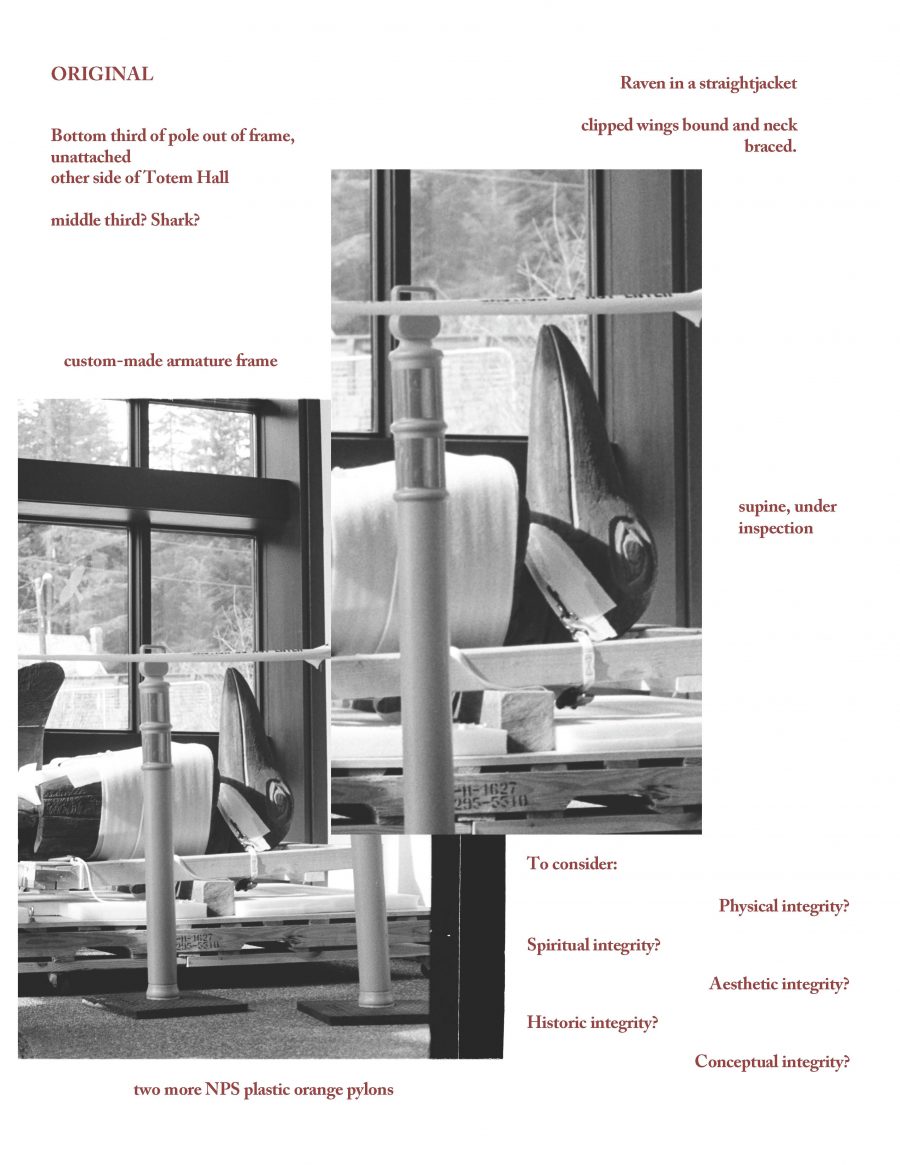 After thirty years in Anchorage, Raven/Shark came home to the Sitka National Historical Park on Tlingit land for restoration. It will not travel again, and soon, hopefully, be reassembled. “Well hopefully we’ll upgrade the traffic cones to something more museum-appropriate,” Kelsey Lutz, the museum curator, expressed in an interview back in March 2017.[3.  Russell, Emily. “After 30 years, Raven Shark pole back in Sitka.” KTOO Public Media. March 22, 2017. https://www.ktoo.org/2017/03/22/30-years-raven-shark-pole-back-sitka/] Upon my visit a year later, the plastic orange pylons and caution tape remained. But what could be more museum-appropriate? Velvet stanchions? A climate-controlled glass case?3 When will Raven/Shark stand again? Its three thirds in stasis, still awaiting to be reassembled. 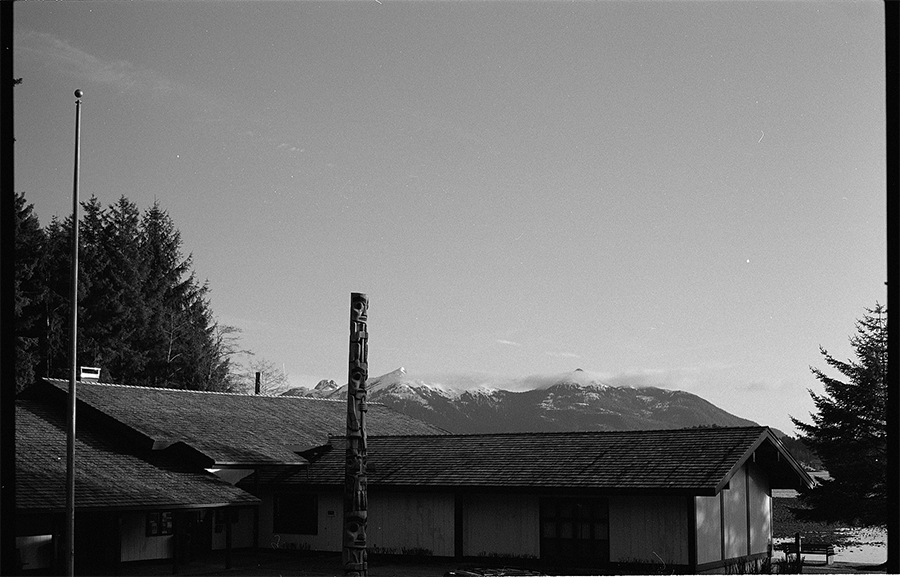 "Raven/Shark" was written in response to the Americas Scholars 2018 trip to the Pacific Northwest.