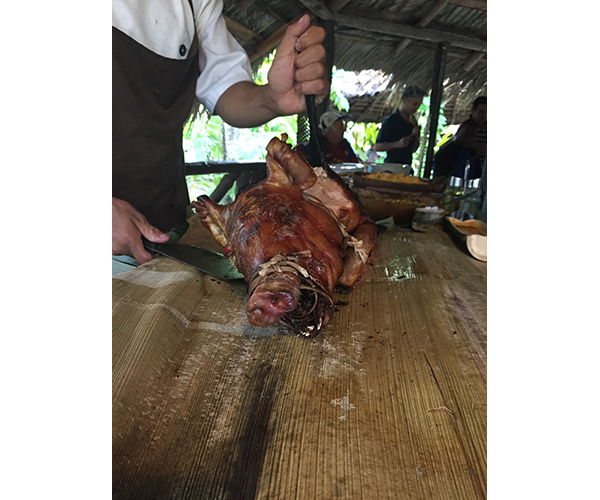 Before my trip to Cuba, 28 minutes was the amount of time it took to walk from my apartment in the Lower East Side, Manhattan to the NYU campus. In 28 minutes, I could complete a yoga class, do a load of laundry, or catch up on the latest episode of virtually anything from the comforting glow of my personal Smartphone. It was a number that held little significance for me before boarding a plane in Miami, and arriving in Cuba, 28 minutes later.

Over the course of our Americas Scholar trip, the number 28 is what came to mind when the mention of broccoli registered as a foreign concept on the faces of locals. It came to mind when discovering that the only commonality between Cuban pizza and the fresh, thin crust pies dished up hot from the beaches of Miami, 28 minutes away, is a decision to call it “pizza.” And upon my return to New York, when my quest for fresh coconut to fuel my Cuban-instilled coconut addiction was met only with disappointment, I imagined the bounty of ripe coconuts that lay waiting to be hacked down and devoured, just 28 minutes away from the US border.

We traveled to Cuba to investigate daily life and creativity, two themes that can be explored in tandem through Cuban cuisine. And we wasted no time getting to work. Upon our arrival at the José Martí International Airport in Havana, we were transported directly to our first Cuban meal. The menu, as we would soon come to realize, was comprised of three variations on the traditional Cuban entrée. “Pork, chicken, or fish?” our translator would ask each of us at mealtimes. Those seeking authenticity chose pork. Those seeking a break from pork chose chicken. And those seeking a break from chicken chose fish. Our vegetarian troopers fell back on the rice and beans that accompanied each meal. Lucky for them, Cubans are religious about rice. In fact, more rice is consumed in Cuba than anywhere else in the western hemisphere (The Guardian). By day three, we had naturally exhausted all our options, and found ourselves circling back to pork.

Yet our disappointment over the lack of diversity in Cuban cuisine was met with creeping feelings of guilt. Despite the decades America has spent actively blockading all agricultural trade between the U.S. and Cuba, Americans have long given Cuban food a bad rep. One Huffington Post writer compared Cuban cuisine to “if the USSR were in the tropics. It’s tasty, if you like pork” (Steves). After spending two weeks eating my way through Cuba, I find this description accurate yet incredibly privileged. American culinary culture is defined by access, and our food production is measured in terms of efficiency. For urban dwellers especially, what we eat is not a matter of what’s available but what we’re in the mood for, and we tend to take this accessibility for granted.

Alternatively, Cuban cuisine is shaped not simply by what’s accessible, but by what isn’t. Substitution, for Cuban chefs, is both a skill and an art. In Havana, we had the opportunity to watch the chef at Havana’s El Cimarron prepare a lunch solely with ingredients we’d shopped for. We witnessed the young chef transform our meager ingredients, many of which were impulsive substitutions, into a multi-course banquet. Amazed, we watched frozen fish become ceviche, imitation lobster whipped up into a stylish hors-d’oeuvres, and frozen chicken smoked into juicy barbeque. He was heralded as a magician, the man who made imitation lobster look edible and taste good.

Yet it would be a mistake to label Americans as “the haves” and Cubans as “the have nots,” because as agricultural trade between the U.S. and Cuba progresses, many fear that Cuba’s sustainable farming will be corrupted by the U.S.’s aggressively industrialized agriculture system. After the fall of the Soviet Union in the ’90s, Cuba had no choice but to adopt a sustainable, ecologic approach toward farming (Altieri). At the same time, the U.S. was rapidly shifting its agricultural model to phase out sustainability and quality for efficiency and access. 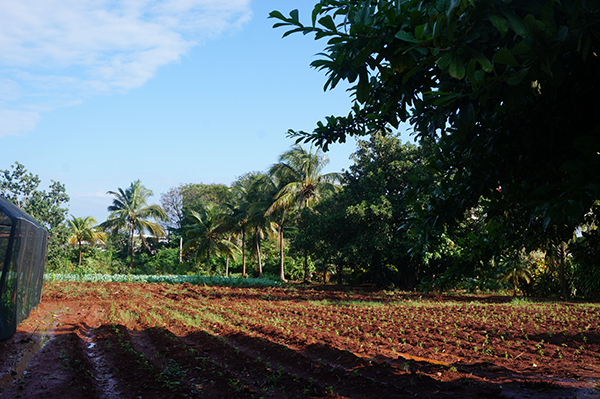 During our time in Havana, we visited an agricultural co-op, a farm that functioned with greater independence from the government. The farmers we met with spoke of progress. New harvests brought broccoli, cauliflower, bok choy, and mushrooms. They also spoke of their commitment to sustainability, their efforts to avoid overproduction, focusing instead on the quality of their produce rather than quantity of it. Perhaps the thawing of U.S.-Cuban trade will diversify Cuban cuisine, but in terms of agriculture, we can only hope that U.S. farms will begin to look more like Cuban farms, rather than the other way around. 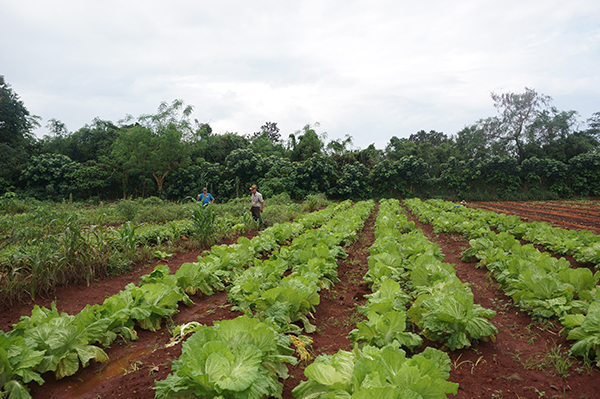 Before traveling to Cuba, I felt a nagging curiosity to discover what a Cuban sandwich looked like in Cuba, knowing full well that the sandwich is often residual evidence of a post-colonial culture. For example, banh mi would have never existed had the French not colonized Vietnam. My quest for a Cuban sandwich that met my expectations was largely disappointing, which led me to believe that the Cuban sandwich was just another remnant of Europe’s cultural hijacking of Cuban cuisine, just another reason to make the 28 minute travel distance between Miami and Cuba seem all the more astounding.

It wasn’t until our last day in Havana that I struck gold, finding a Cuban sandwich that not only met my standards but vastly exceeded them. The neighborhood burger shack we stumbled upon was nothing impressive, but it instilled in me a hunger for more, a reason to return, and a respect for a cuisine that’s taken the culture forced upon it and made something delicious. I still think about this sandwich as I still think about all the talented chefs who fed us from Havana to Baracoa. I find myself increasingly anxious to return, knowing that the sandwich of the century is waiting for me, just 28 minutes away.